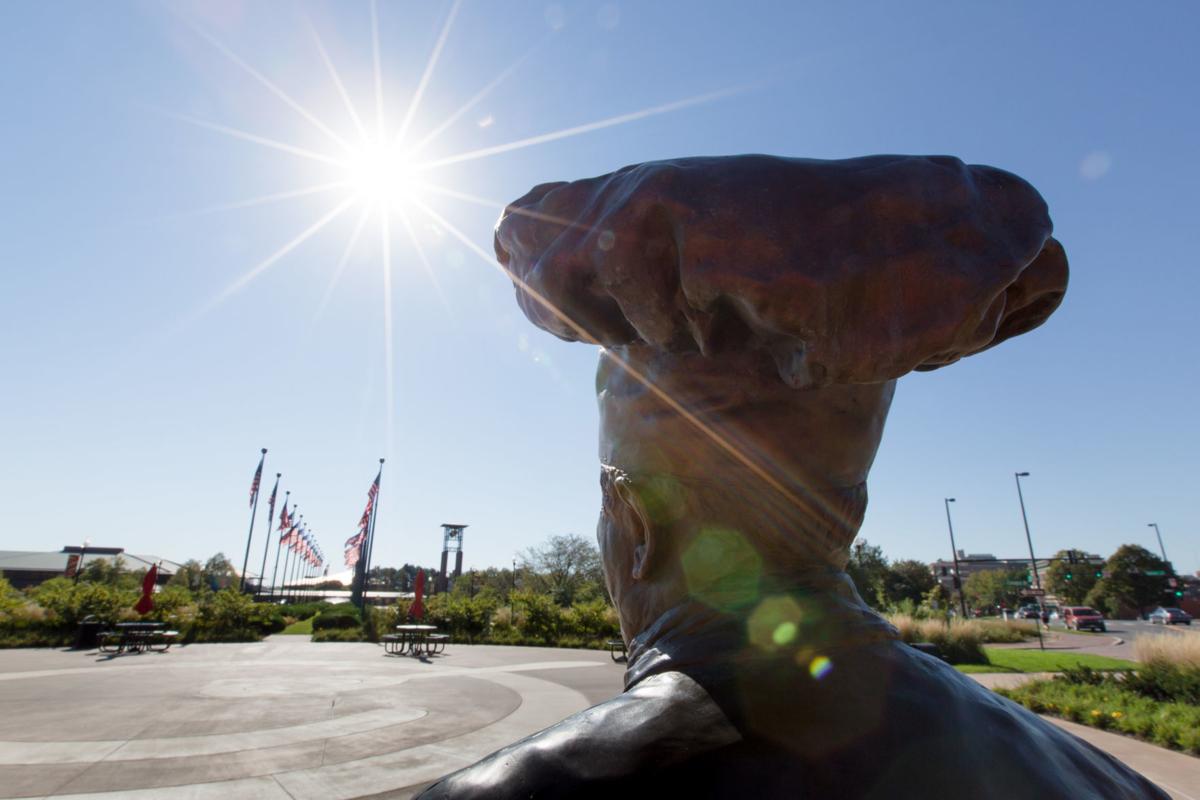 Four years ago, ConAgra Foods announced that it was moving its headquarters to Chicago, but the company, now Conagra Brands, still employs 1,300 at its former campus. 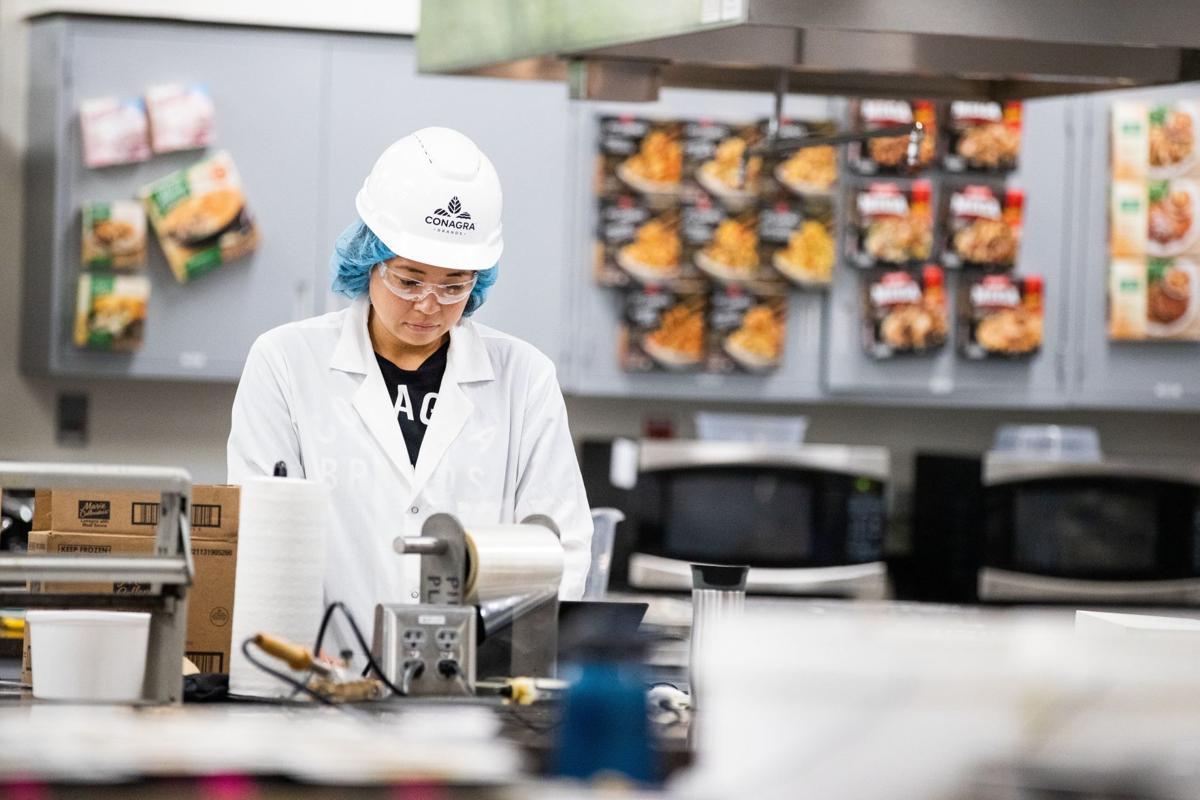 Katie Moy, a food scientist, works on creating a new lasagna at Conagra Brands in Omaha. The company’s headquarters moved to Chicago in 2016, but the research and development operations are still based here. “That is the centerpiece of what we do for a living,” CEO Sean Connolly said.

Four years ago, ConAgra Foods announced that it was moving its headquarters to Chicago, but the company, now Conagra Brands, still employs 1,300 at its former campus.

Katie Moy, a food scientist, works on creating a new lasagna at Conagra Brands in Omaha. The company’s headquarters moved to Chicago in 2016, but the research and development operations are still based here. “That is the centerpiece of what we do for a living,” CEO Sean Connolly said.

OMAHA — Anyone who thinks Conagra skipped town four years ago might be surprised to know it still employs 1,300 people on its former headquarters campus — workers its CEO says are contributing greatly to the revamped food company’s recent success.

“We’re still there and still proud, and our team is working hard,” CEO Sean Connolly said in a recent interview with The World-Herald. “We remain a thriving part of the community.”

One thing that has changed: Connolly said the company now known as Conagra Brands is better positioned to compete in the world of Big Food, a status the CEO said also bodes well for the company’s future workforce in Omaha.

It’s now been four years since Conagra shocked the city with its October 2015 announcement that it would move its corporate headquarters to Chicago, part of a company shake-up that cost Omaha about 1,000 jobs.

As the company wrapped up its latest business quarter this month with results that exceeded Wall Street’s expectations, CEO Connolly spoke to The World-Herald about the company’s standing, both in the competitive foods business and in Omaha’s business landscape.

Getting its start as a small flour milling operation a century ago, ConAgra Foods grew up in Omaha to become a Fortune 500 company, with products ranging from packaged food to grains, fertilizers and even pet food.

It eventually narrowed its focus to consumer and commercial foods. Still, Connolly said the Conagra he first took over in February 2015 remained a diverse — and unwieldy — food conglomerate.

Conagra had some widely known brands such as Hunt’s ketchup, Peter Pan peanut butter, Chef Boyardee canned meals and Banquet frozen dinners. But it also had a number of poor performing products and business units.

“It wasn’t working, and we were struggling,” he said.

Connolly sought to reinvent the company by jettisoning sputtering business lines, selling its private label food unit and spinning off its frozen potato business. The company would focus on its branded foods, which at the time made up only about half of sales.

The company also sought to revamp those branded product lines with improved ingredients, updated packaging and new offerings that appealed to more contemporary tastes — and could be sold at higher prices. Salisbury steak, that longtime TV dinner staple, was out. Buffalo chicken was in.

Most notably for Omaha, the plan also included moving the company’s corporate headquarters and the 300 jobs associated with it to Chicago, while hundreds of other Omaha jobs were cut in a drive for efficiency.

At the time, the company’s branded foods staff had been split between the two cities. The leadership of its frozen foods division was in Omaha, while other product lines were based in the Chicago suburb of Naperville.

The company decided to consolidate the operations and move them with the company’s headquarters to a new office in downtown Chicago, a change Connolly said would help the company attract young “brand-building” talent.

Sales of the company’s refrigerated and frozen foods such as the Healthy Choice and Marie Callender were up 2.4% over the previous year. The gain was 28% counting increased sales from the recent acquisition of former competitor Pinnacle Foods and its Birds Eye brand.

The Omaha area also remains the largest employment center for Conagra. The 1,300 employees on its downtown campus work in research and development, supply chain management, procurement, finance and information technology.

As the company celebrates its centennial in 2019, Connolly said Conagra is excited to be part of the ongoing transformation of Omaha’s riverfront.

A developer is working on a $500 million makeover for the now vacant portions of Conagra’s campus.