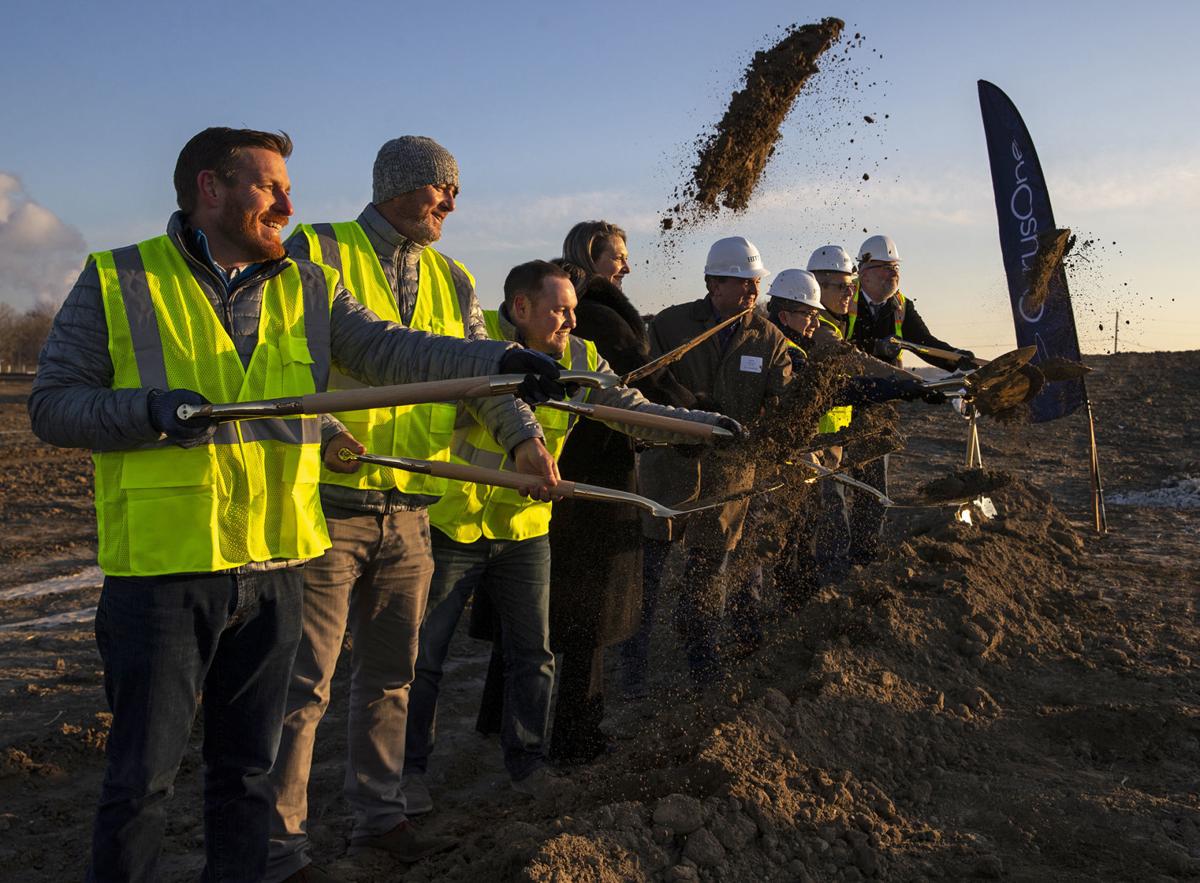 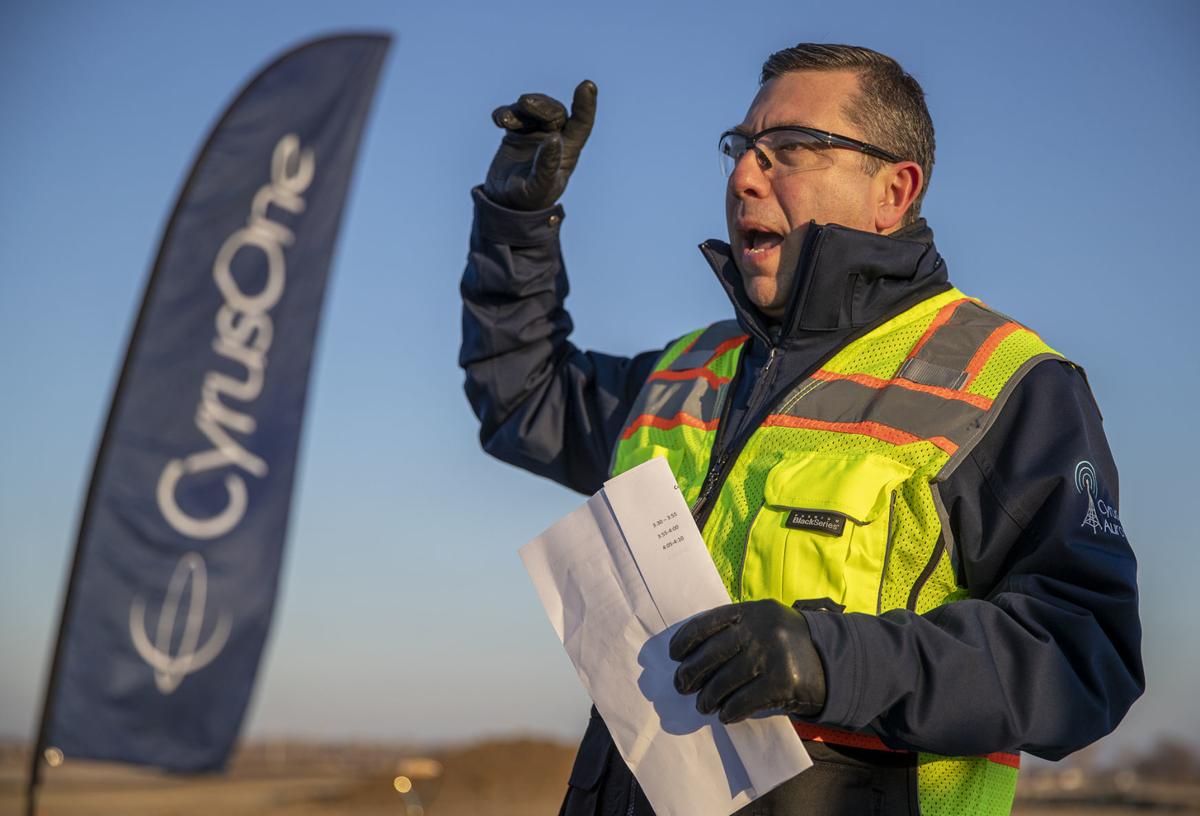 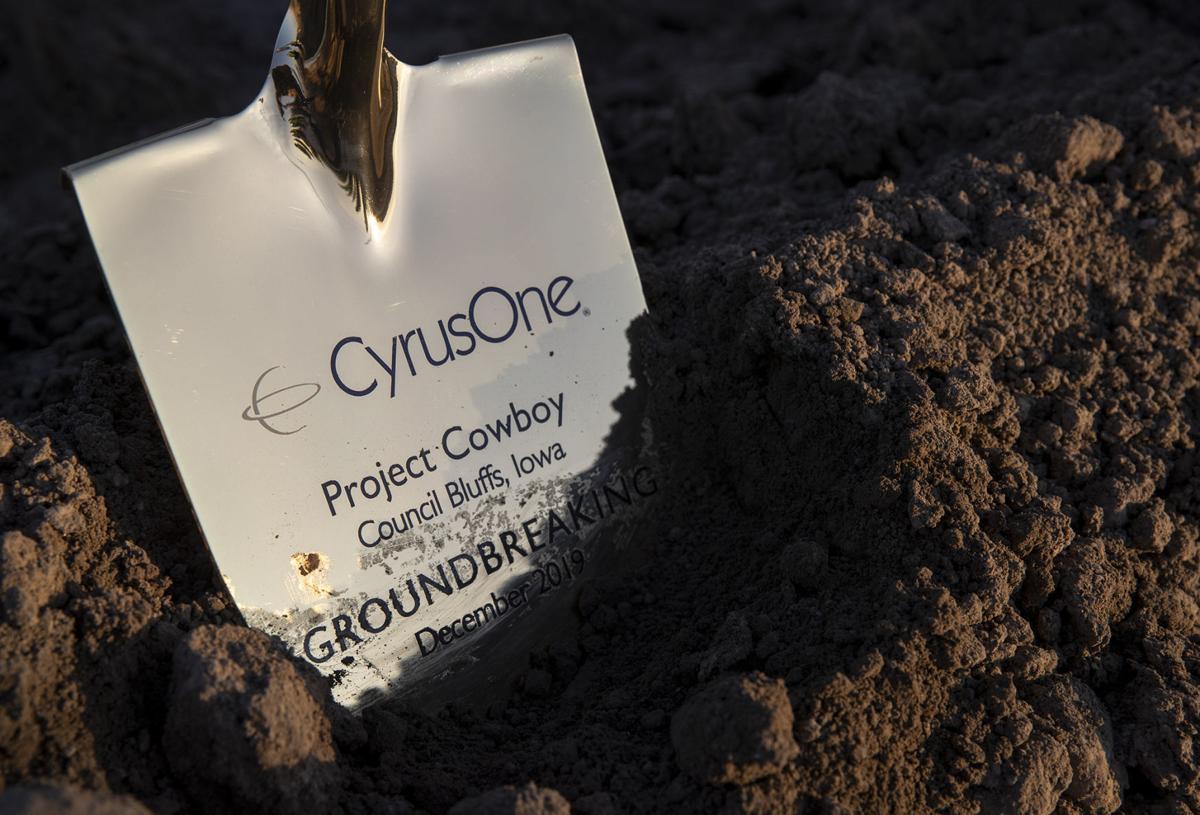 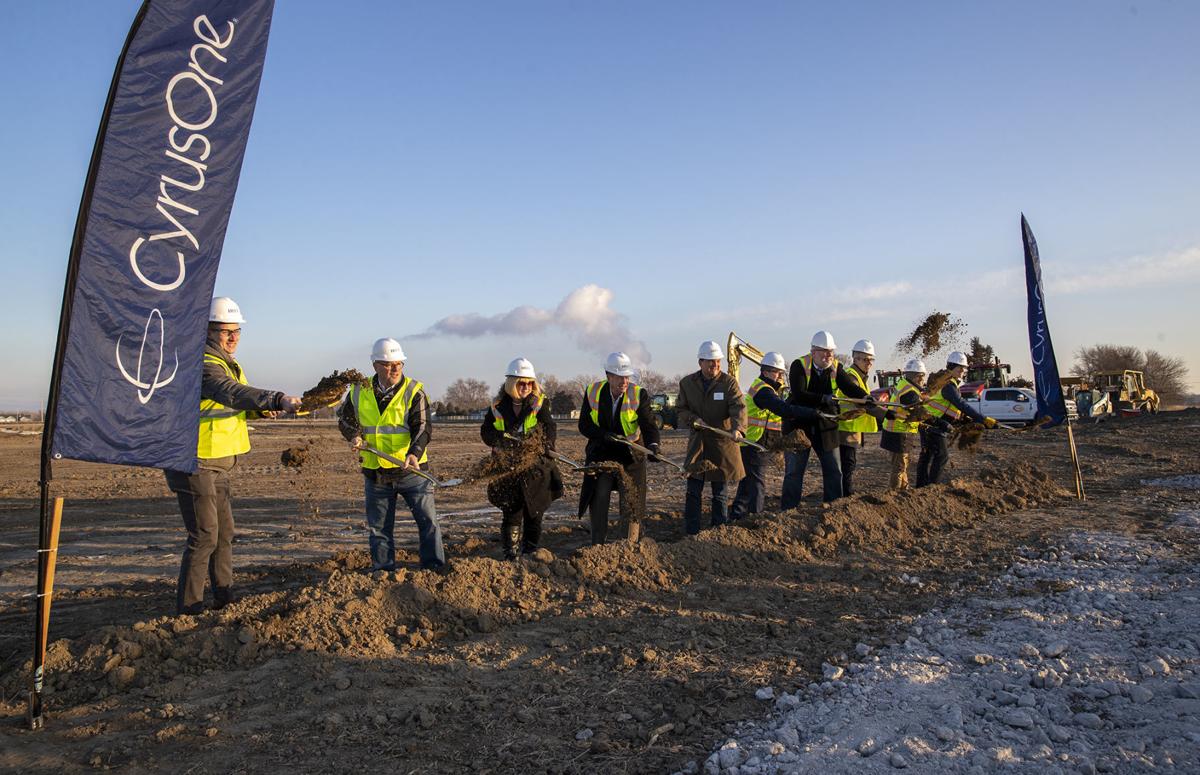 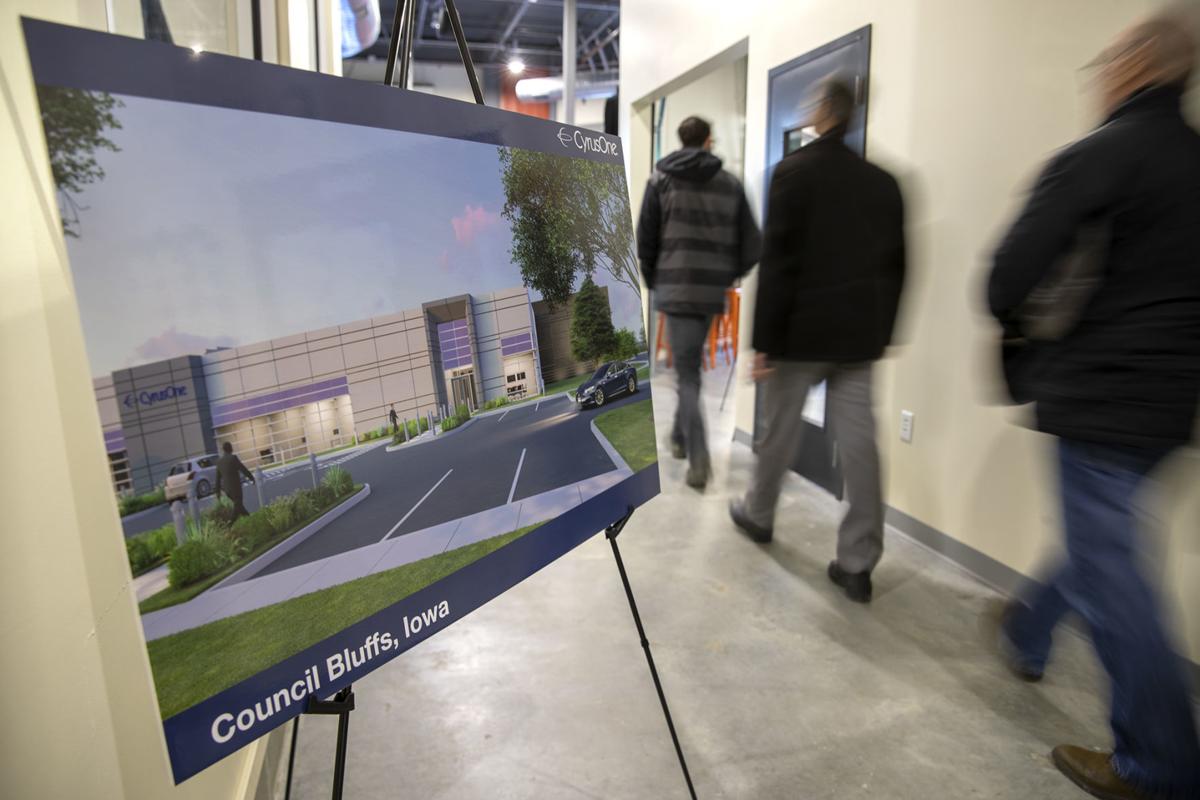 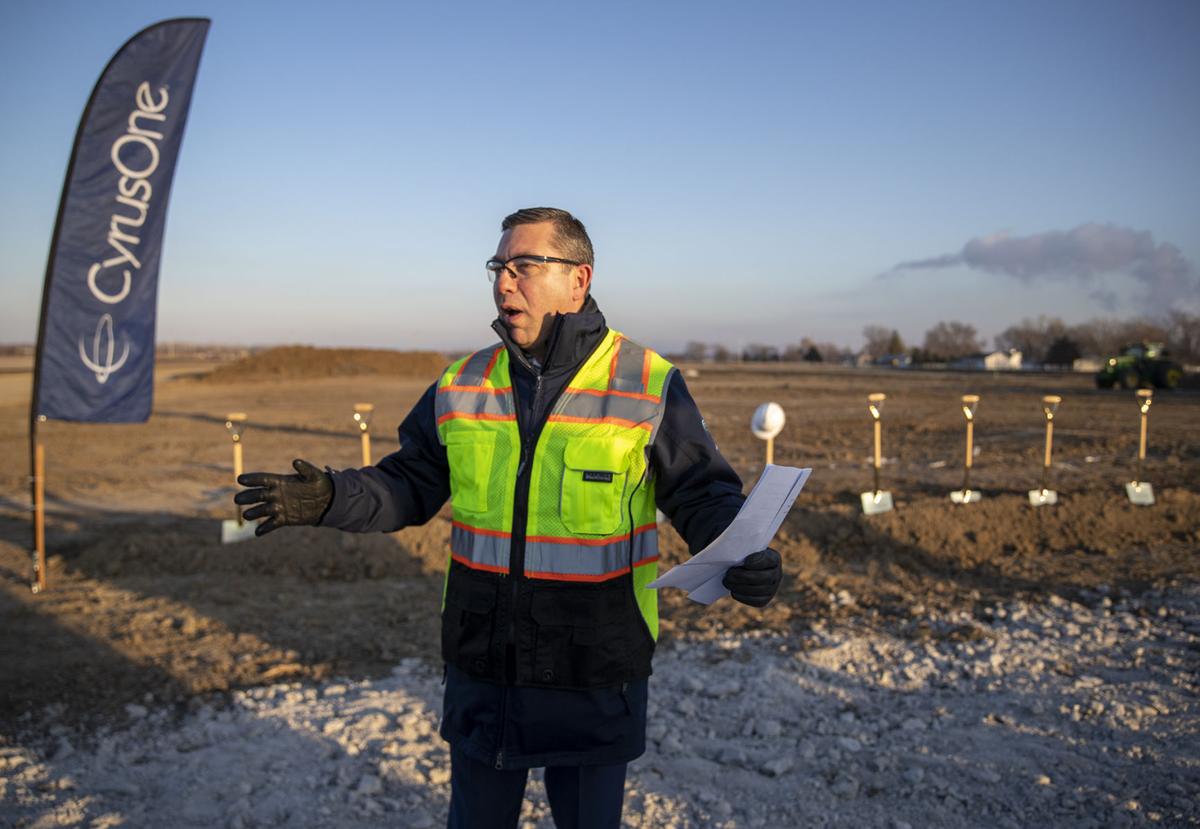 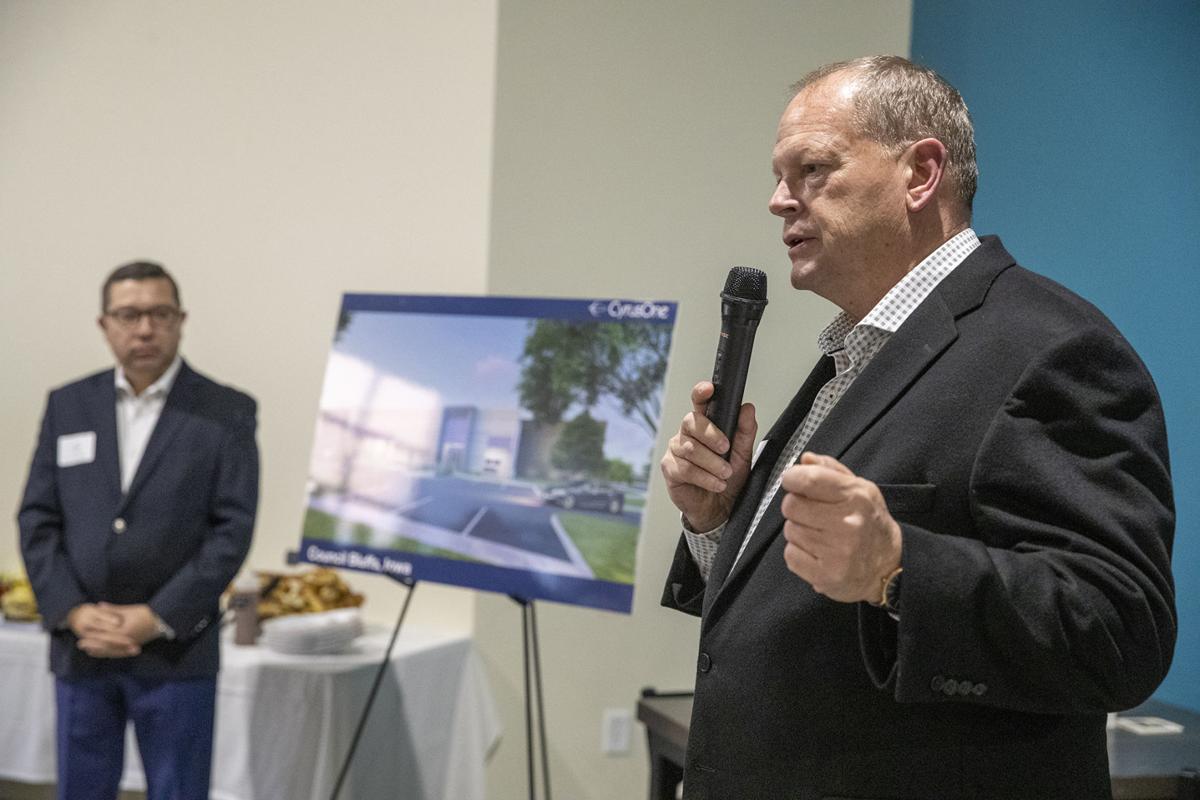 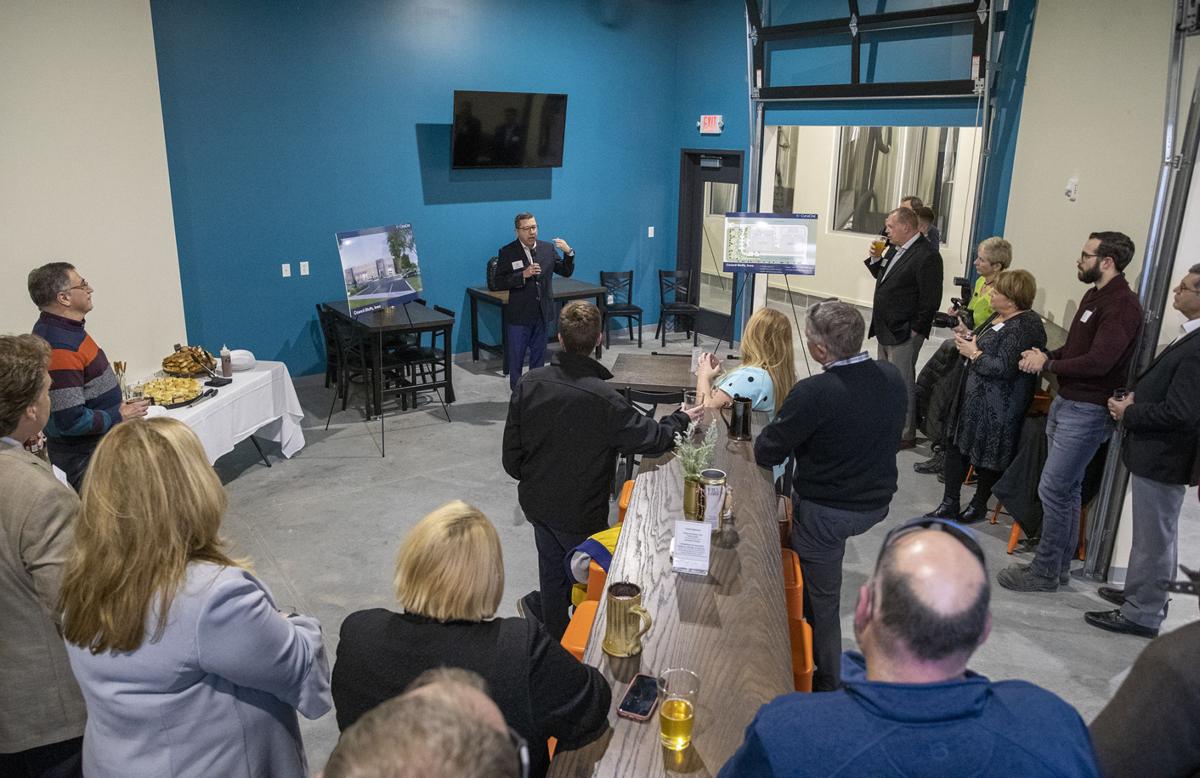 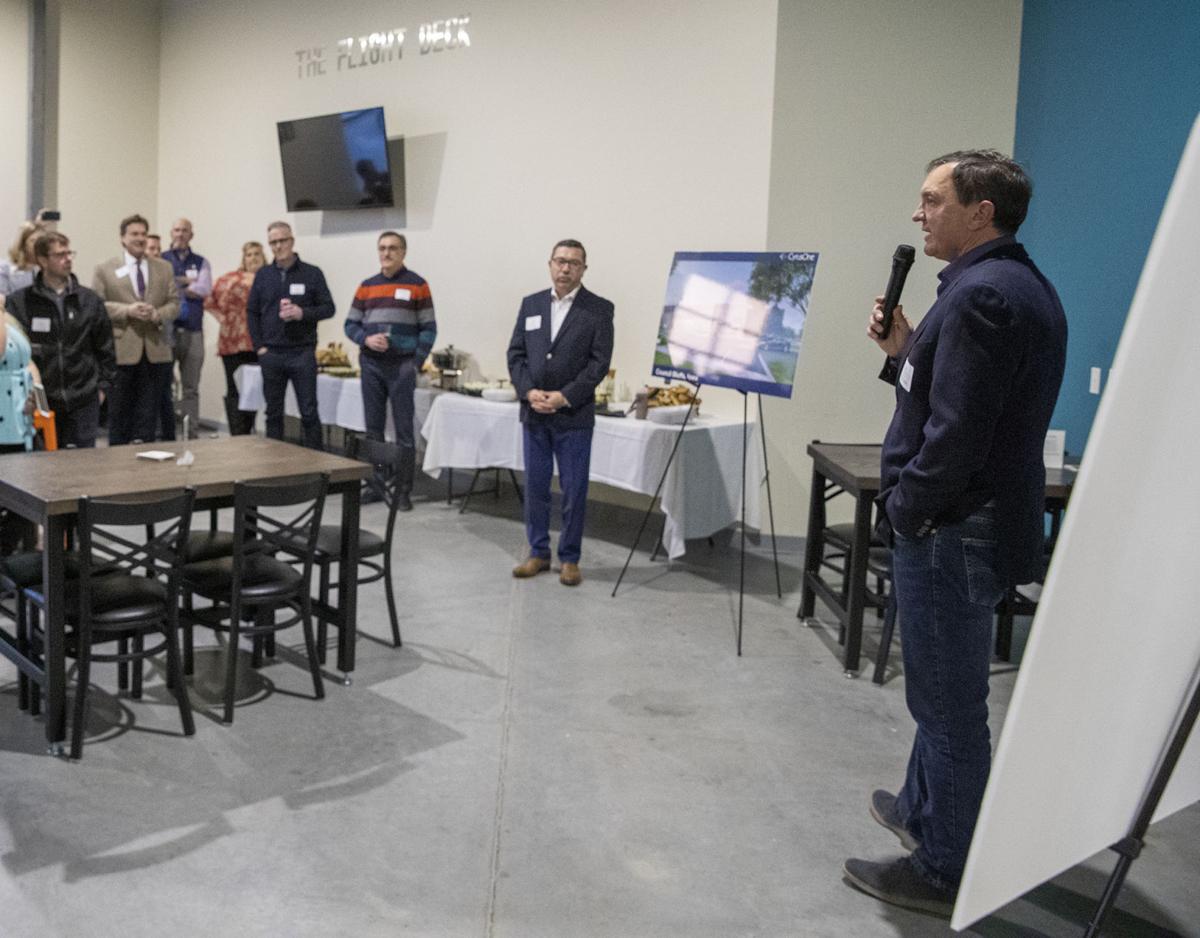 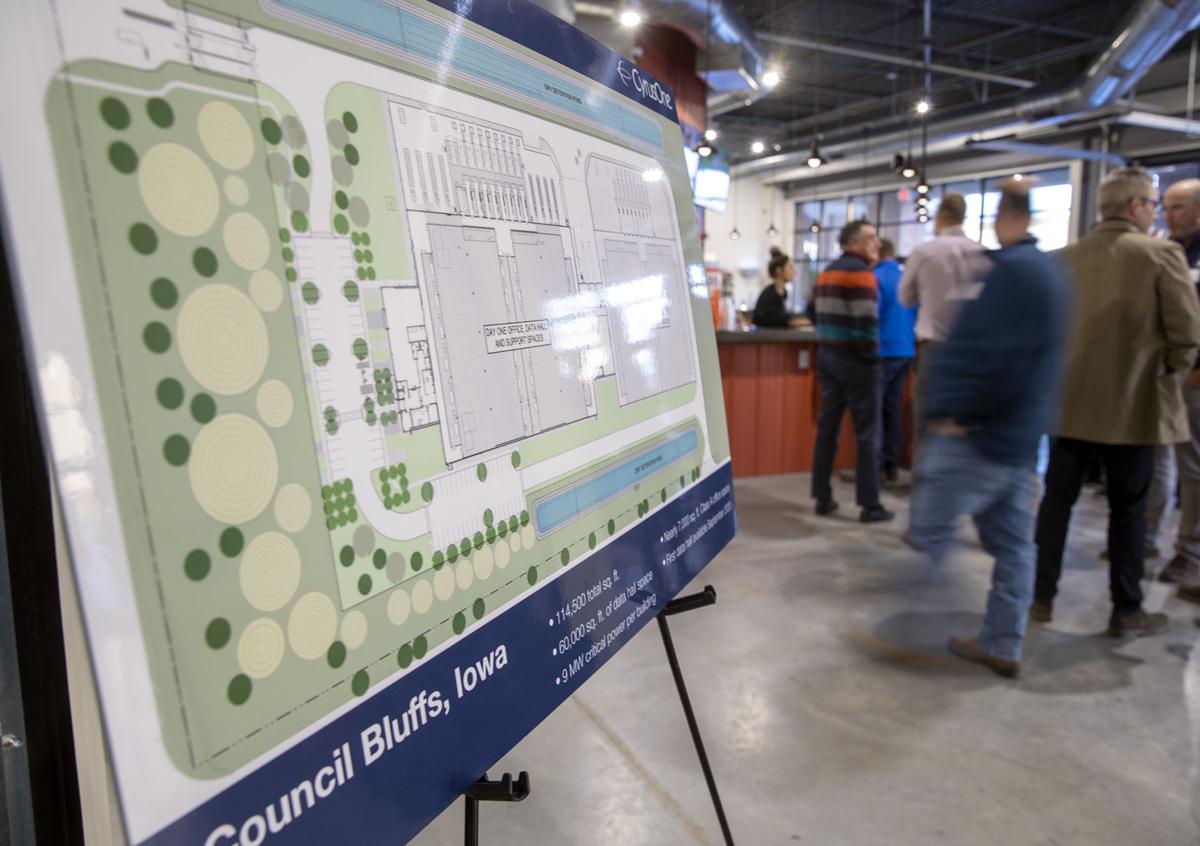 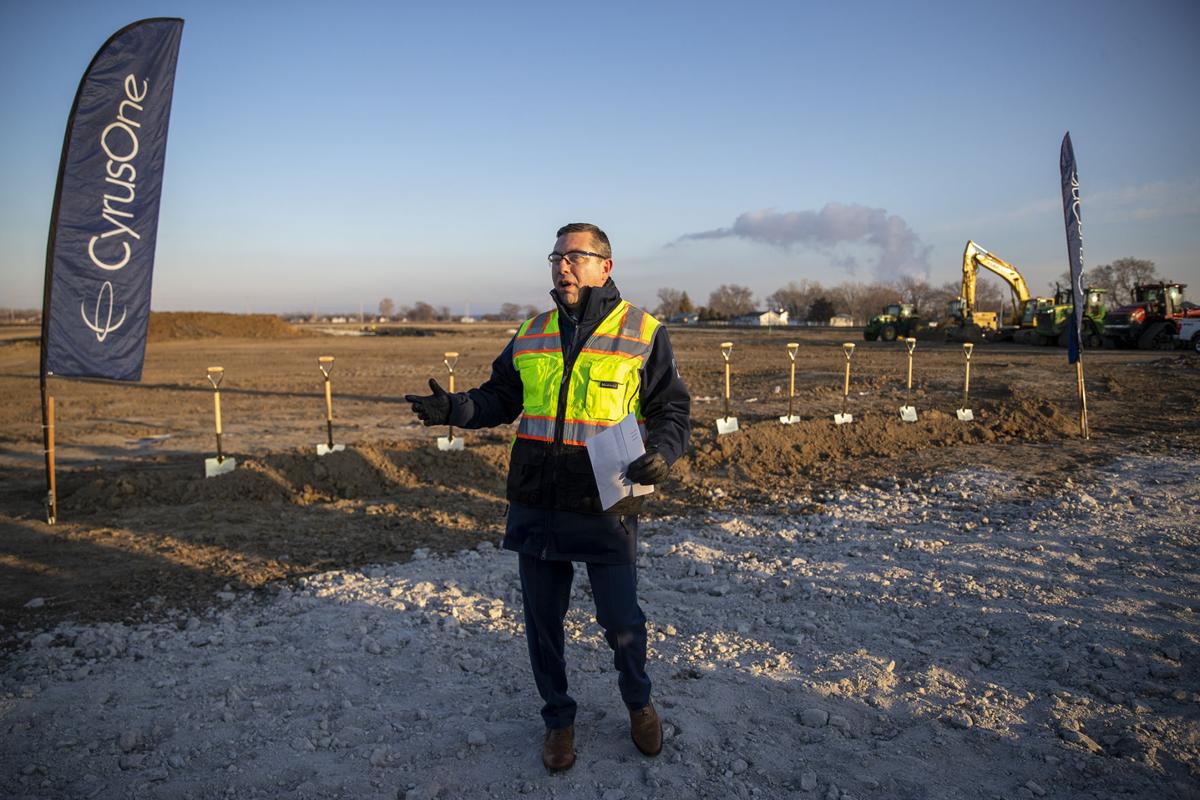 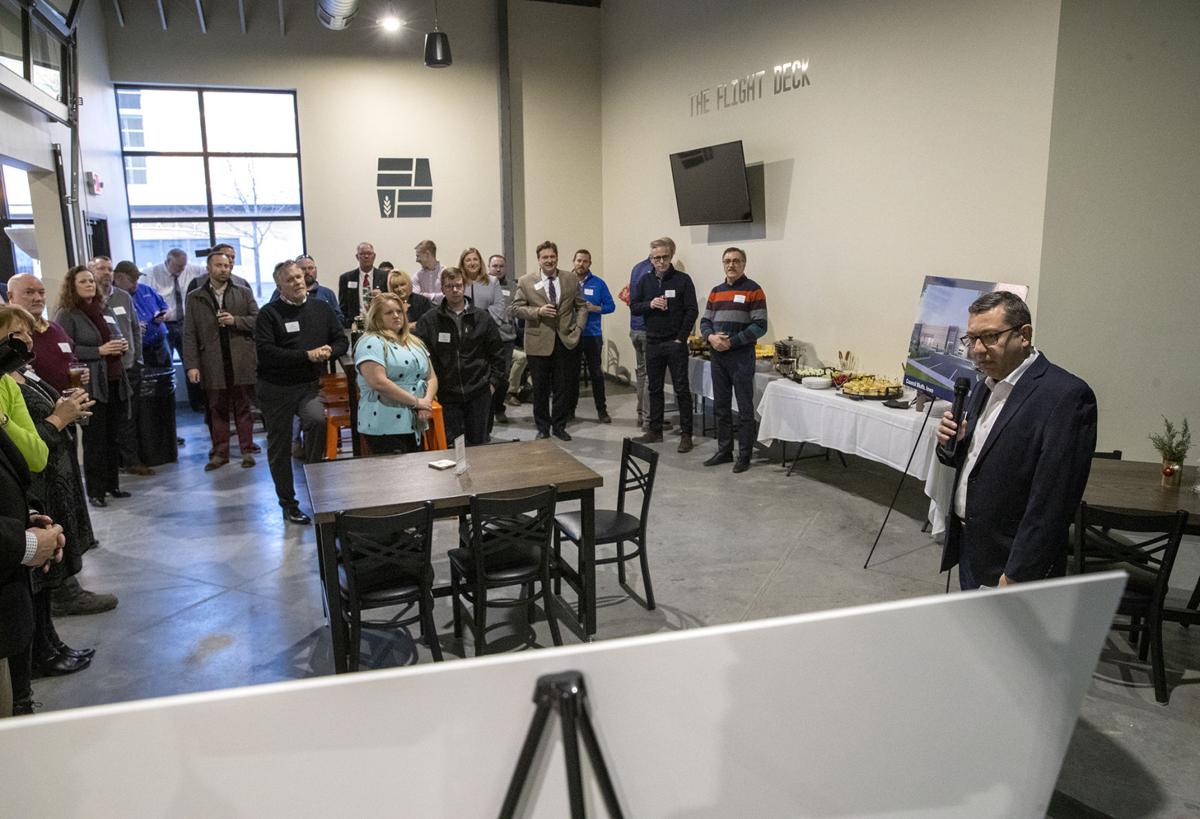 A new data center is coming to Council Bluffs.

The first phase of the building will open in the fall of 2020, with the data center set to have 24 megawatts of power with roughly 60,000 square feet of data hall space for cloud customers.

About 40 people braved the cold for a groundbreaking at the site, which was followed by a reception at Full Fledged Brewing Company.

“This is super important, it’s an important addition to our portfolio,” CyrusOne Chief Technology Officer Kevin Timmons told the crowd, describing the facility as, “our newest and grandest asset.”

The new data center campus is located on the 41st parallel, with the majority of data traffic in the United States passing through Council Bluffs via a large collection of fiber optic cables from the nation’s telecommunication companies, according to the company.

Timmons said Council Bluffs was an ideal site for a number of reasons, including the site, reliability of fiber optics and affordable power.

Last, but not least, Timmons said, is, “the willingness of the community to work with us,” noting that the area knows data centers. CyrusOne said the data center will offer “access to high bandwidth with close proximity to some of the world’s largest cloud companies.”

“It’s an important day for us,” he told the crowd. “I hope that it’s a collaborative and mutually beneficial relationship for the community.”

In a statement, CyrusOne CEO Gary Wojtaszek said, “In many ways, Council Bluffs, with its location on the 41st parallel, is the epicenter of this new digital era. The world’s leading cloud companies continue to invest billions of dollars along this parallel across multiple states and planting a flag in Council Bluffs will allow our customers to capitalize on this unique part of the United States fiber network.”

The facility will take up a total of 118,000 square feet and have about 10 full-time employees. The general contractor is HITT of Virginia.

“Right now we can’t site a company that needs 100 employees,” Advance Southwest Iowa Executive Director Paula Hazlewood said, referring to the current workforce skills gap facing the region and the attractiveness of a data center that, while not bringing hundreds of jobs, will bring in other benefits. “This is a great investment in the community. They’re a great company.”

Hazlewood said CyrusOne approached Advance Southwest Iowa about a year ago, and in working with the corporation and real estate broker John Jerkovich, the company settled on the South Point site, which was owned by the Council Bluffs Industrial Foundation.

“We’re able to bring a new company to town and a few more good jobs, that’s what the foundation is all about,” Mick McKinley with the foundation said.

“It will help companies in the metro area with technology solutions and data storage, so they can concentrate on their core business and not worry about expanding capacity,” Walsh said, who also noted the tax benefits of bringing a new company to town.

Based in Dallas, CyrusOne provides data center facilities that “protect and ensure” the continued operation of information technology infrastructure for approximately 1,000 customers, the company said.

For more information, go to cyrusone.com.