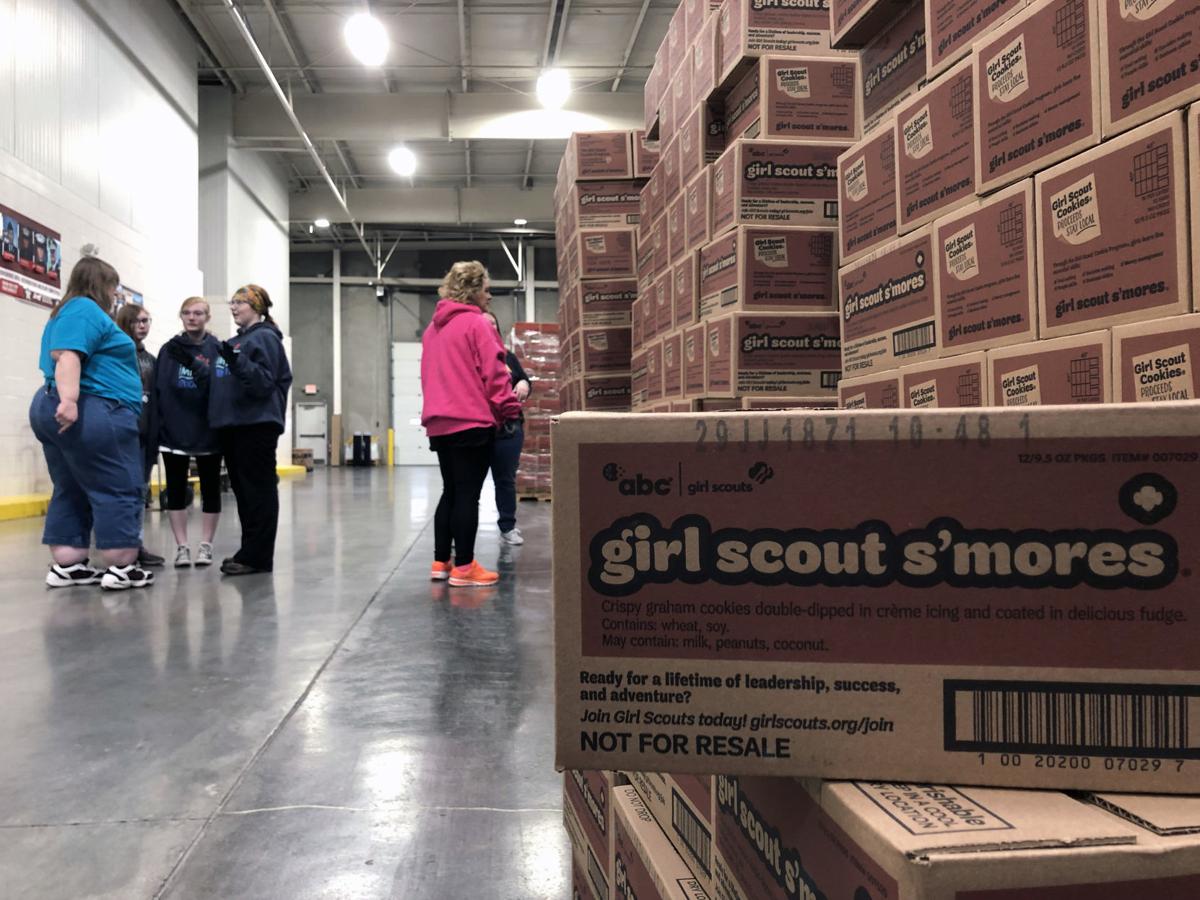 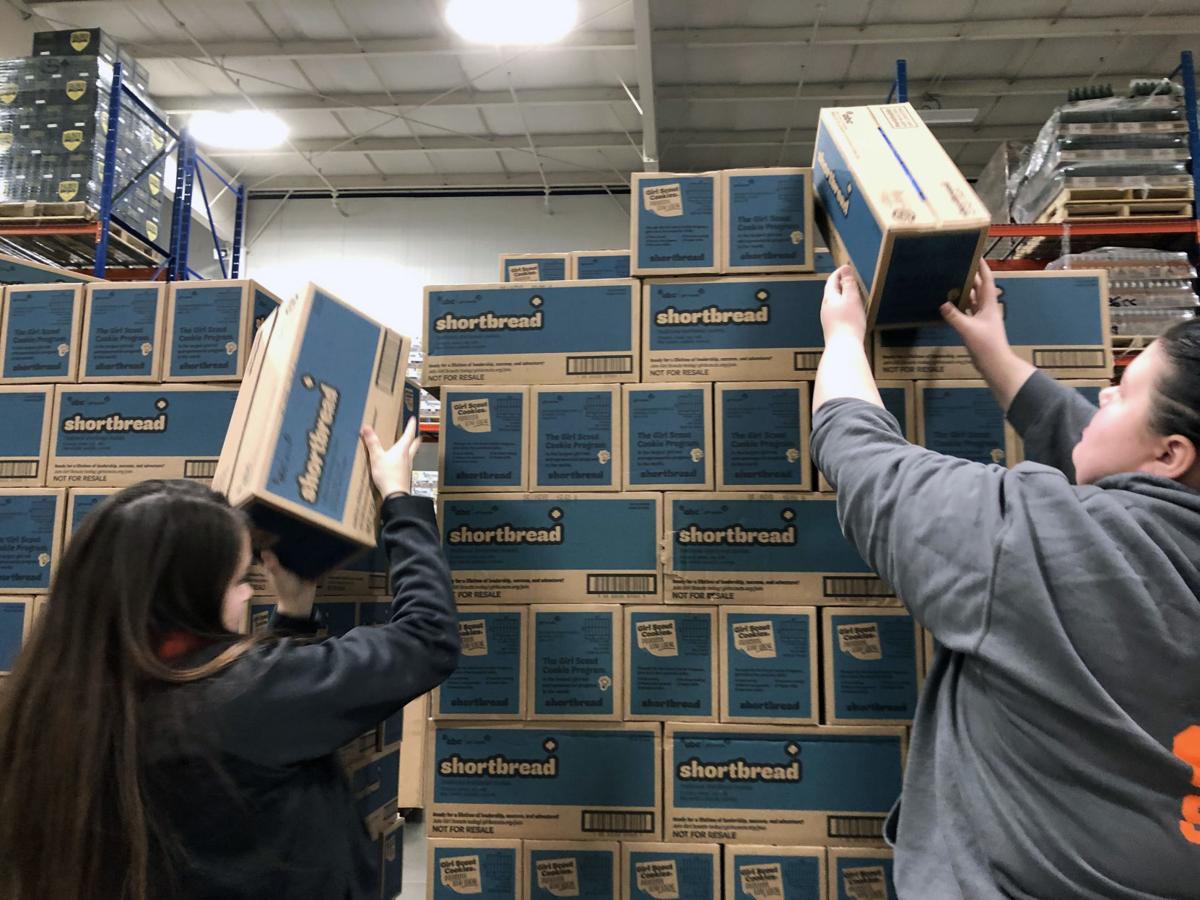 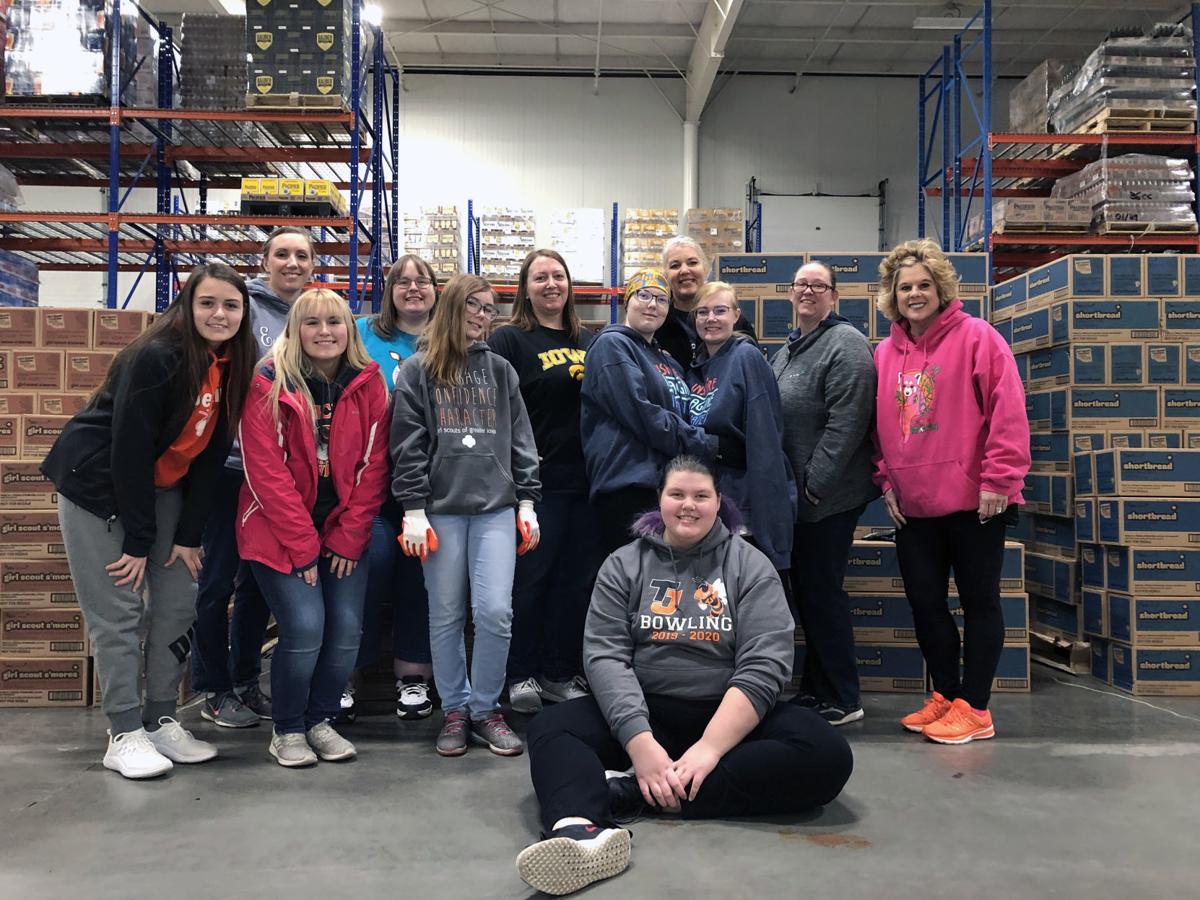 Girl Scout members and troop leaders gathered for a photo while organizing and distributing boxes Monday.

Girl Scout members and troop leaders gathered for a photo while organizing and distributing boxes Monday.

With the coming of February, the starting bell has sounded for Girl Scout cookie selling season.

Cookies were delivered to Doll Distributing Monday for the local troops to pick up.

“Every year they surprise me in comparison to last year’s numbers, which is really cool,” Baxter said.

Cases of everything from Caramel deLites to Peanut Butter Patties and Thin Mints were counted, organized and distributed to troop members.

All cookies were picked up by troops from the service area that includes Council Bluffs, Neola, Oakland, Treynor and Underwood — along with Mills and Fremont County, and Missouri Valley.

This year started off strong so far. Clark said her group of 10 first- and second-year Brownies have already sold the number of cookies they had ordered for Monday since sales began Feb. 1.

Although, on top of raising funds, both Clark and Baxter saw the process of selling the cookies as a good way for everyone involved to grow or continue using lifelong skills.

On Monday, Clark saw the leaders working together to use skills they wanted their Girl Scouts to have.

One example of confidence building she gave involved a Girl Scout member who wouldn’t say “boo” to anyone, Baxter said. That particular Girl Scout grew her confidence and public speaking skills to ask — unprompted — a customer at a Girl Scout booth if he wanted to buy some Girl Scout cookies.

“To see that growth was a huge moment as a leader,” Baxter said.

Other skills like money management also can help with future endeavors like buying a car or planning a trip, Baxter said.

Funds for the cookies will go toward the baker in Sioux City, camps, advertising with the rest going directly to the Girl Scouts.

“Everything stays in Iowa, which is really cool,” Baxter said.