A rendering of the Internet Car Lot’s new location on 3250 S. Expressway. 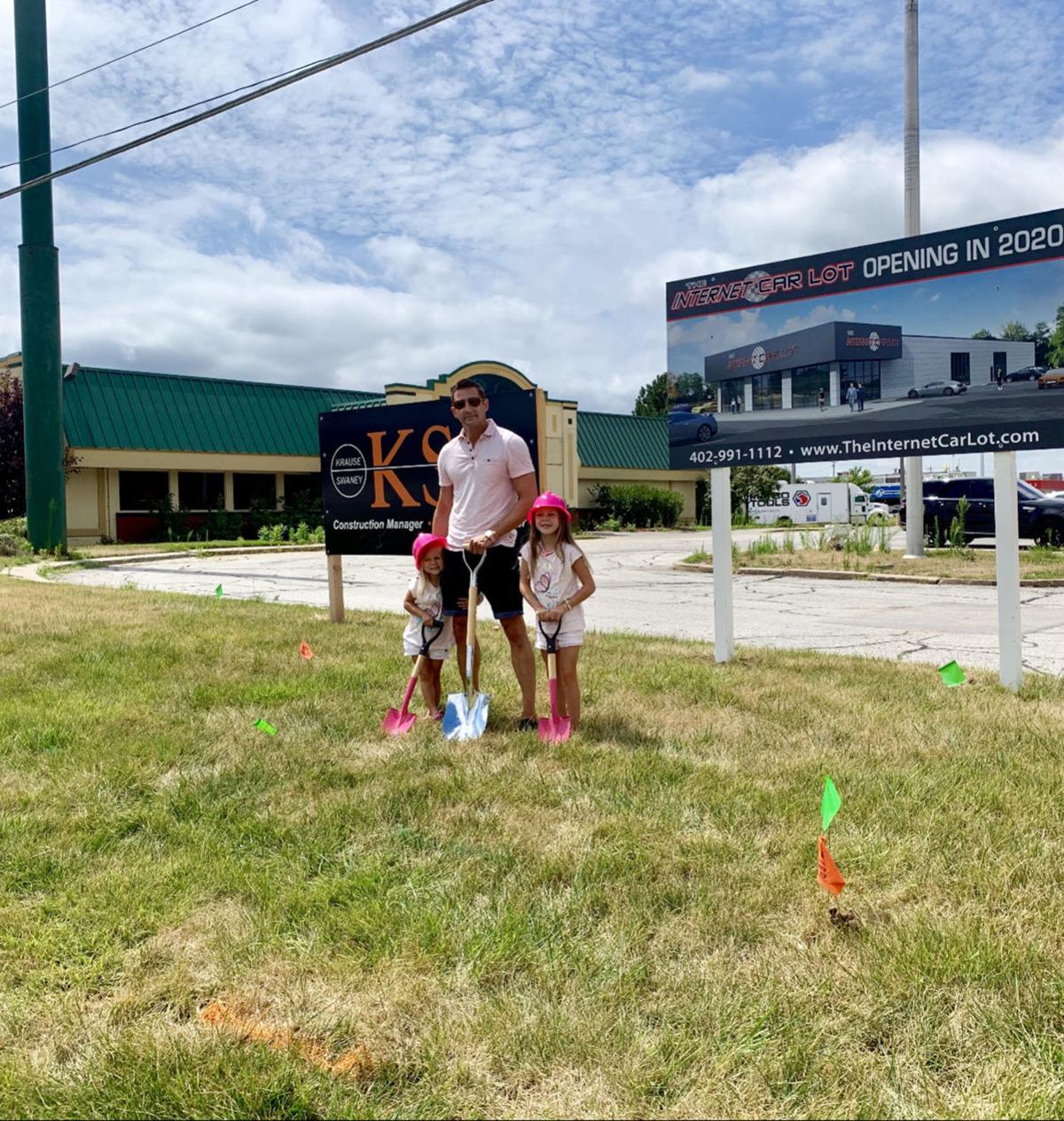 The Internet Car Lot’s owner Josh Eveloff and his two daughters hold shovels outside of the former Perkins restaurant on 3250 S. Expressway.

A rendering of the Internet Car Lot’s new location on 3250 S. Expressway.

The Internet Car Lot’s owner Josh Eveloff and his two daughters hold shovels outside of the former Perkins restaurant on 3250 S. Expressway.

The new owner of the former Perkins lot at 3250 S. Expressway is making moves — with plans to expand his Omaha-based internet car dealership.

Building where the long-time restaurant — which closed in June — will be an 11,000-square-foot building that will house The Internet Car Lot’s second location, but the first in Council Bluffs, owner Josh Eveloff said.

Eveloff’s idea came about he bought a car off of the internet, drove it for a year and sold it for more than he paid over the internet.

“My friends and family started asking me to do for them, too,” he said. “And we have just grown it.”

Eveloff started the business in 2005 with his brother, Justin, who has since left the company.

The Council Bluffs location will hold about 200 cars, he said. As of Tuesday, his business had 480 cars in inventory.

“Our business is typically in this four-state area, a lot of people make a trip out of it and drive four hours to save thousands of dollars,” Eveloff said.

Eveloff didn’t imagine that type of success when the business started — selling cars from the internet locally, across the country and overseas.

“The internet connects everyone,” he said.

“We saw that Perkins was closing, but it wasn’t listed for sale yet. We reached out to the owners, worked with the city, it was a natural fit to expand to Council Bluffs. There’s a lack of pre-owned car dealerships here and I think we will do well,” Eveloff said.

Eveloff was born and raised in Council Bluffs and graduated from Abraham Lincoln High School in 1997.

“Council Bluffs is a community. I’m excited to be apart of it again. It’s good to put a store back into my hometown,” he said.

Outgrowing its current store location, Bomgaars is moving to the former Kmart building on 2803 E. Kanesville Blvd., the week of Sept. 9.