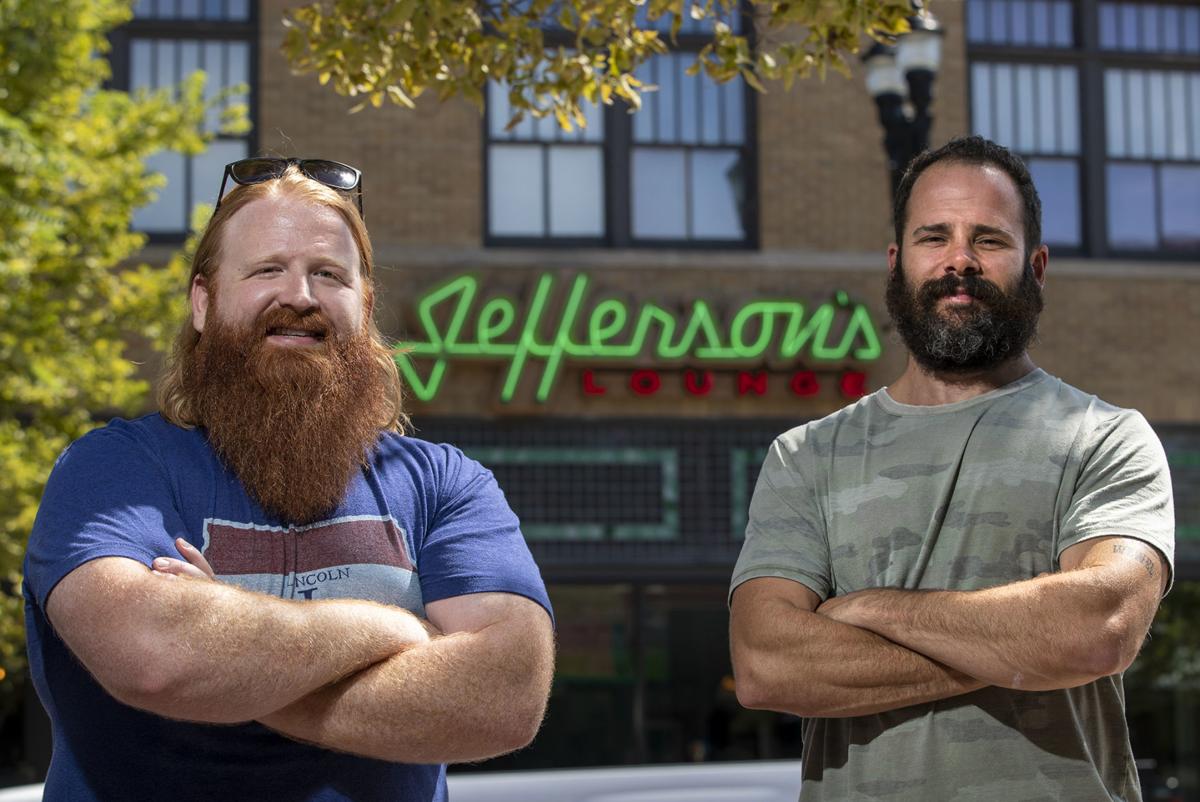 Ryan Mann, left, and Jon Nelson pose for a portrait outside of their new restaurant and bar, Jefferson’s Lounge, on Thursday, Aug. 22, 2019. 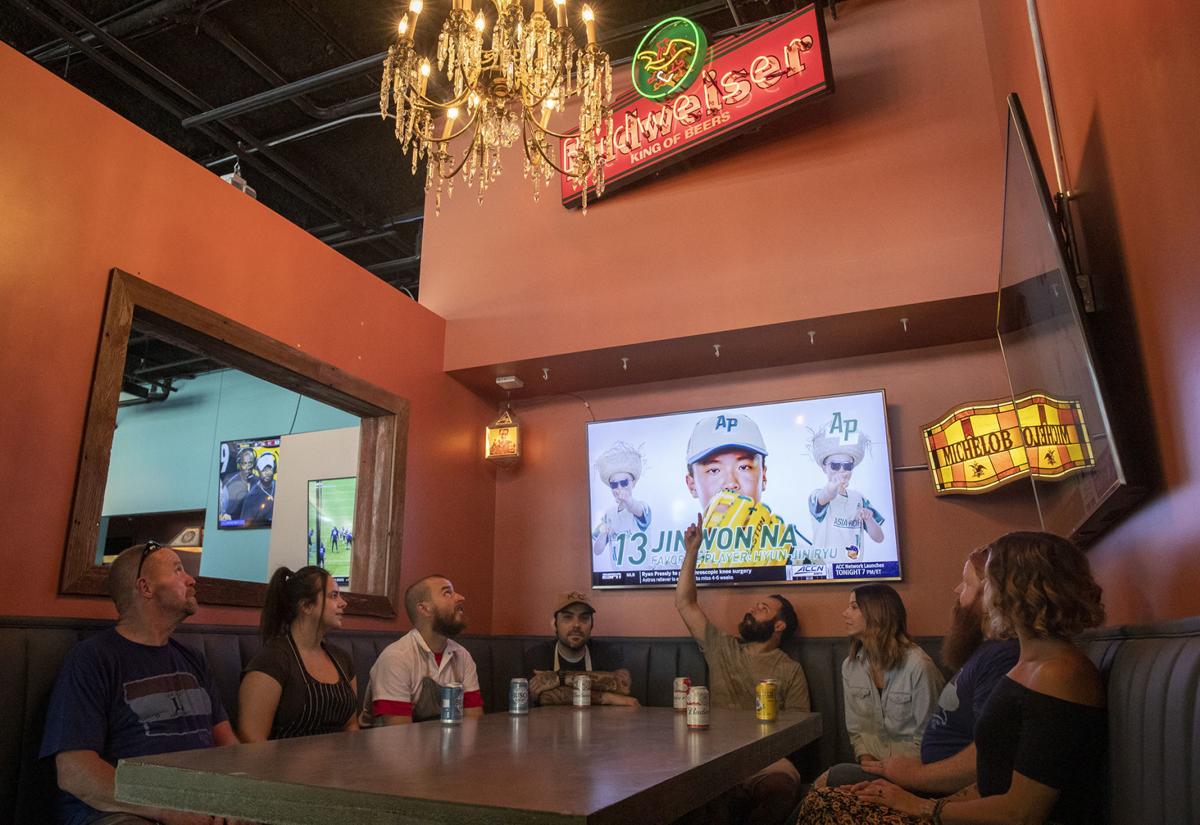 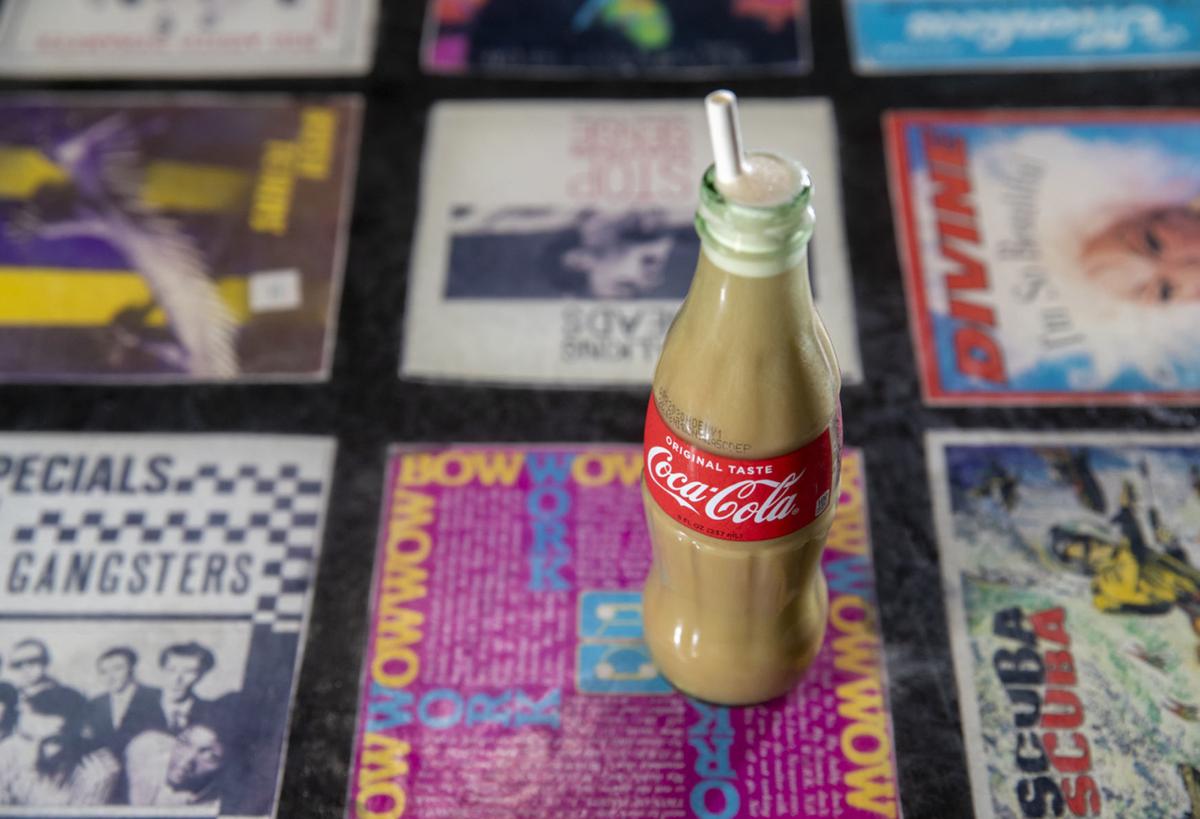 Coke and a Smile, a new cocktail option at Jefferson’s Lounge, contains Coca Cola, Fernet, coffee liqueur, rye whiskey and a whole egg whipped together and funneled back into the glass Coke bottle.

Ryan Mann, left, and Jon Nelson pose for a portrait outside of their new restaurant and bar, Jefferson’s Lounge, on Thursday, Aug. 22, 2019.

Coke and a Smile, a new cocktail option at Jefferson’s Lounge, contains Coca Cola, Fernet, coffee liqueur, rye whiskey and a whole egg whipped together and funneled back into the glass Coke bottle.

Since Lincoln came to town last year, Jefferson is about to follow — Jefferson’s Lounge, that is.

Jefferson’s Lounge, an extension of Lincoln’s Pub, is on its finishing touches before opening to the public, either this weekend or early next week, according to owners Jon Nelson and Ryan Mann.

Located at 157 W. Broadway, the owners said they are still organizing and coordinating additional plumbing and electrical work.

Lincoln’s Pub and Jefferson’s Lounge are connected by an entryway, but each side differs in atmosphere.

Lincoln’s Pub was arranged as a full-service restaurant, with a larger menu and a wide range of drinks.

In contrast, Jefferson’s Lounge will offer a unique mix between a sports bar and cocktail lounge — with a large range of different drinks and smaller menu.

“We took a sports bar and a cocktail lounge and kind of merged them together,” Mann said. “You normally see one or the other, but we wanted both.”

An estimated 60 people could be seated in the new area.

The lounge will have games such as darts, pool and shuffleboard.

This fall, college football and professional football will be available for patrons to enjoy with the company’s NFL Network Sunday Ticket.

“We wanted this to be a good place you could come and watch a game, or late night, you could have a good, craft cocktail or martini at the bar,” Mann said.

Oven-baked pizza is another addition to the new lounge.

The owners chose to add oven-baked pizza to their menu after seeing that was one food Council Bluffs was “lacking.”

In early June, they traveled to California and visited Mugnaini, a wood- and gas-fired pizza oven company, and chose the type of pizza oven for their kitchen.

“We have gaming, drinks, an abundance of televisions for sports; we think the atmosphere in general is going to be a draw to get people in here and have some fun,” Mann said.

The oven is expected to arrive within the next few weeks. Until then, the lounge will offer bar snacks, wings and drinks.

Outgrowing its current store location, Bomgaars is moving to the former Kmart building on 2803 E. Kanesville Blvd., the week of Sept. 9.