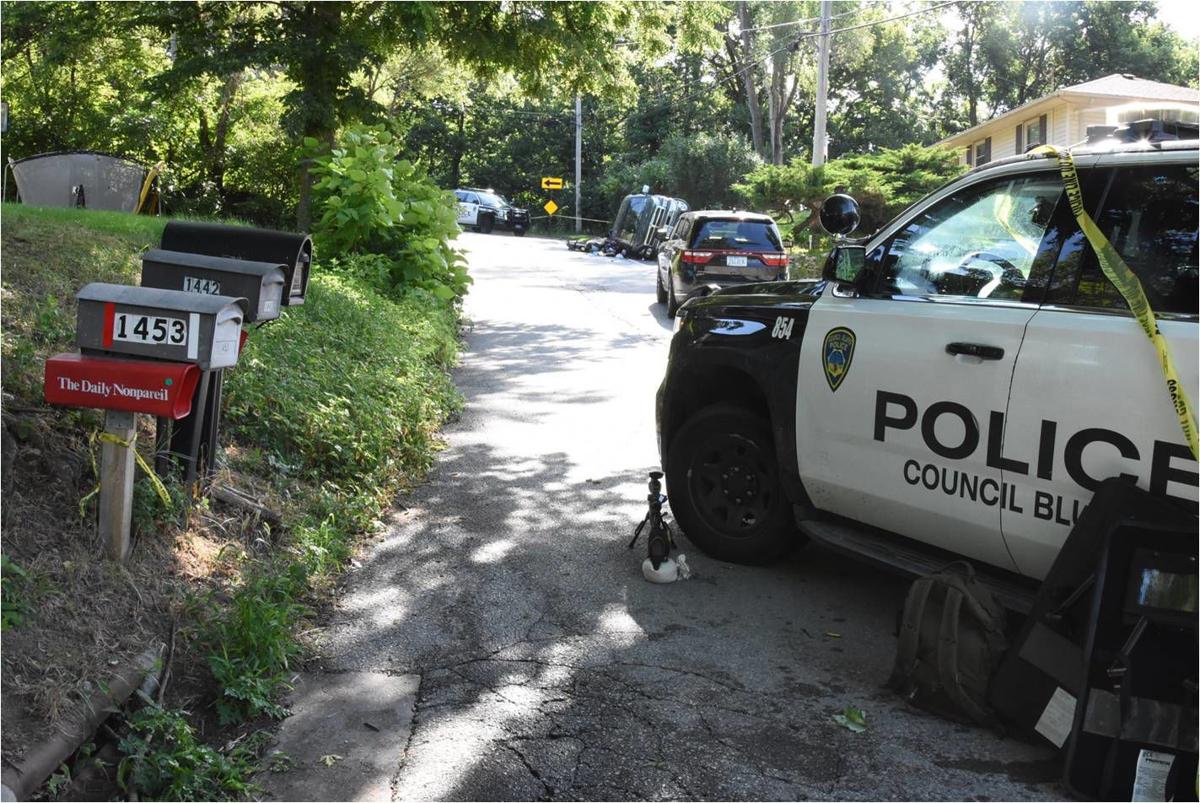 The officer who fired the shot that killed Troy Petersen — a suspect in two murders that shot at local police and deputies — will not be charged, Pottawattamie County Attorney Matt Wilber said during a press conference on Aug. 12, 2019.

The trial for the remaining suspect in a double murder, robbery and police chase in and near Council Bluffs is scheduled to begin on Feb. 18.

Montello-Roberts has a hearing coming up on Jan. 23, in which her attorney will try to make a case for suppressing evidence, Pottawattamie County Attorney Matt Wilber said in December.

“They’re trying to throw out the statement she gave to police,” he said.

Both the hearing and the jury trial will be held at the Pottawattamie County Courthouse in Council Bluffs.

During interrogation, Montello-Roberts told police that she and suspect Troy E. Petersen, 28, of Essex had discussed robbing and killing Jerrot Clark the day before the alleged murder took place on Aug. 4. A neighbor of Clark’s said she witnessed a male and female carrying items out of Clark’s home at about noon on the day of his murder. The description of the female matched that of Montello-Roberts, reports stated.

The duo is also suspected of murdering Steve Carlson while breaking into his home on Aug. 7. Petersen reportedly fired a rifle round through a window, which struck Carlson. The man and woman then entered the home.

Olderog turned on his lights and siren, but the pickup failed to stop at a stop sign at 205th Street.

While Olderog was in pursuit, the passenger, who was later determined to be Petersen, began firing shots at his vehicle. The deputy reported the gunshots but lost sight of the pickup shortly afterwards, Wilber said during a press conference on Aug. 12, 2019. It is during this period that Petersen and Montello-Roberts are believed to have broken into Carlson’s home and shot him.

The pickup went out of control and turned on its side in the 1400 block of Indian Hills Road, where McCord and Fletcher were joined by other officers to surround the vehicle. Petersen was seen pointing an SKS rifle at Montello-Roberts, and a stand-off began, Wilber said. A negotiator talked extensively with Petersen using a loudspeaker and managed to convince him to turn over one of the five firearms seen in the pickup — a Ruger mini-rifle.

Officer Paul Damrow was assigned to serve as a sniper — to observe the situation, protect the other officers and, if necessary, eliminate any threat, Wilber said. He watched the suspects closely through the scope on his rifle.

At first, it was not clear whether it was a “legitimate” hostage situation, as the two suspects appeared to be joking with each other and being friendly toward each other, Wilber said.

However, 45 minutes after Damrow got set up, Petersen pulled out a revolver and held it to Montello-Roberts’ head. Suddenly, she looked afraid. Damrow then pulled the trigger of his rifle but, for some reason, it did not fire.

He tried a second time, and the bullet pierced the windshield of the truck and struck Petersen in the head. He died at the scene. Montello-Roberts was transported to a local hospital for examination.

During an investigation of whether Damrow’s use of deadly force was justified, he was asked why he decided to fire his weapon, Wilber said.

Wilber concluded that Damrow was justified in firing his weapon and decided the officer would not be charged.