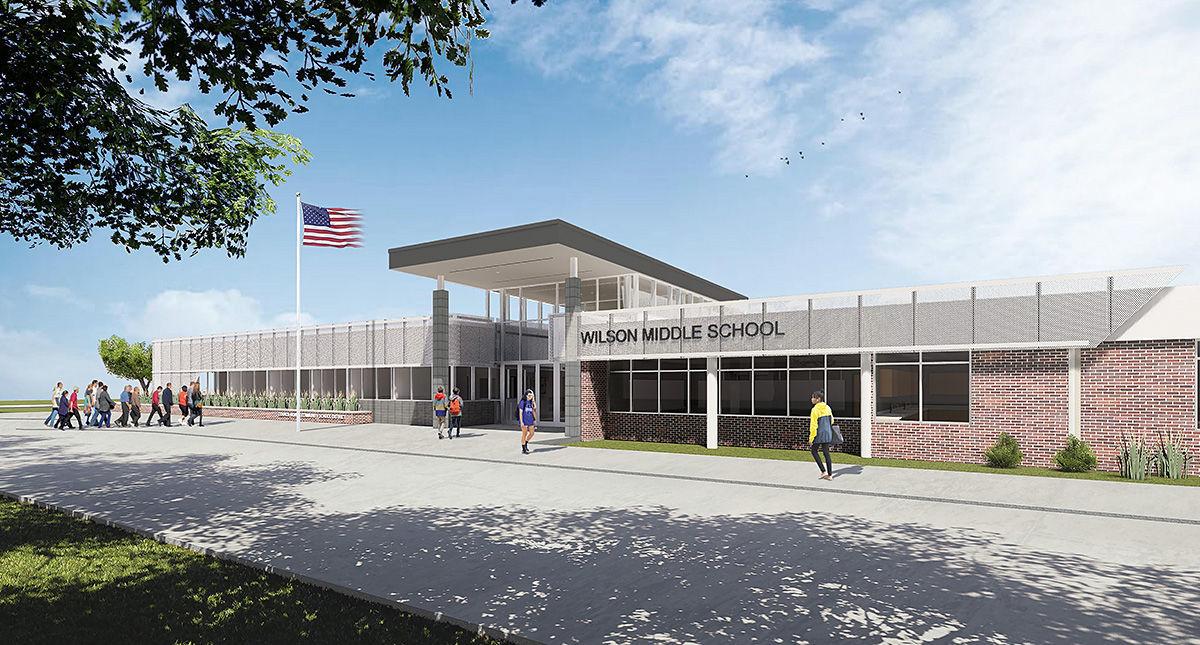 The main entrance at Wilson Middle School will be enlarged, with a safety vestibule, atrium and offices added onto the front of the current structure, during the school’s renovation from 2020 to 2021. 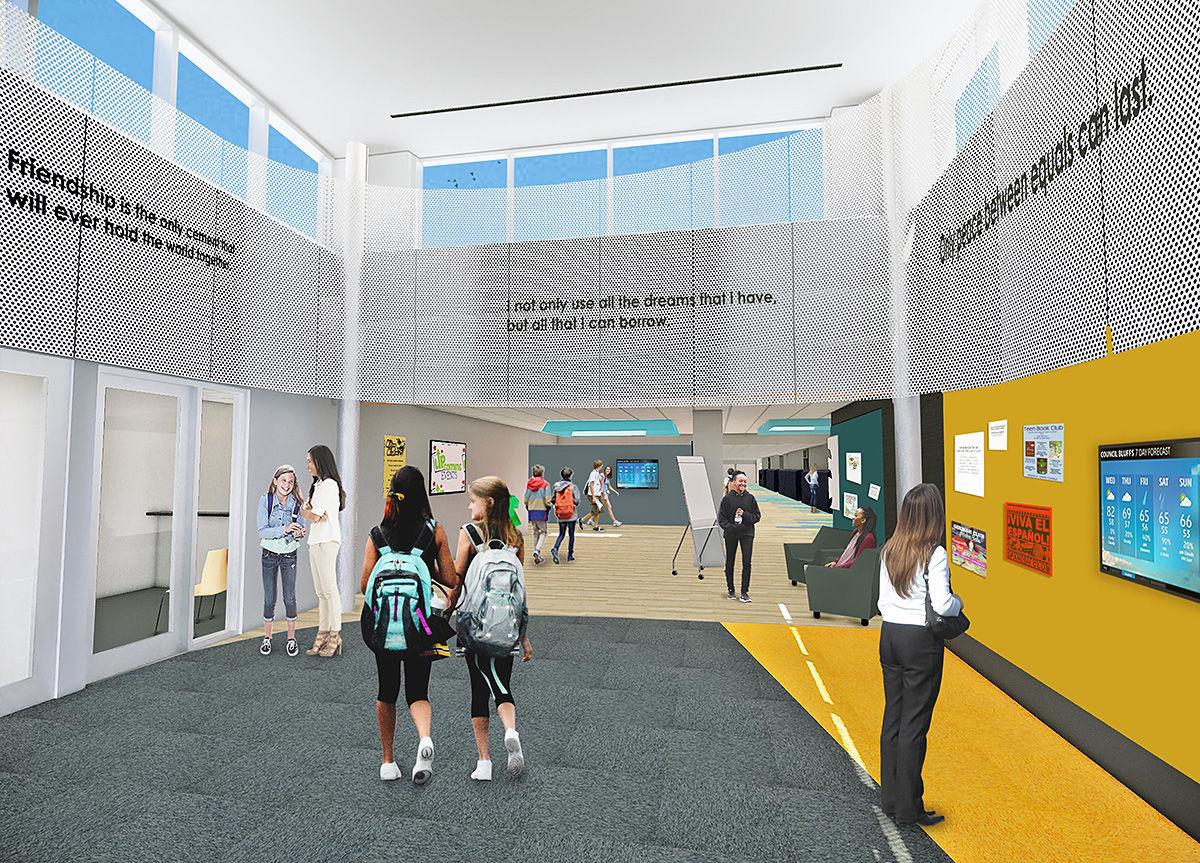 An atrium over Wilson Middle School’s front lobby will give it a spacious feeling.

The main entrance at Wilson Middle School will be enlarged, with a safety vestibule, atrium and offices added onto the front of the current structure, during the school’s renovation from 2020 to 2021.

An atrium over Wilson Middle School’s front lobby will give it a spacious feeling.

The Council Bluffs Community School District Board of Education on Tuesday approved plans and specifications for the Wilson Middle School renovation after a public hearing on the matter.

The board is expected to award a bid on the project during its Nov. 26 meeting.

Plans have not changed substantially since May, said Darrel Meyer, project manager. The entrance area will be redone, with an atrium over the lobby. A safety vestibule and new security cameras will be installed. Anyone entering the building during school hours will have to be buzzed into the vestibule, then into the office, where they will need to get a visitor’s ID before being buzzed into the lobby and the rest of the building.

The lobby will have a video display and tack boards for information on school activities.

The school’s small gym will become a multipurpose room that can be used for physical education classes, large assemblies, plays and a cafeteria, with the help of retractable seating, fold-up tables and a movable stage. Acoustical panels and baffles will keep noise in check.

To stage plays, a temporary curtain could be hung on a framework on the movable stage, said Corey Vorthmann, chief academic officer, in response to questions from board member Troy Arthur. Set pieces could be built on casters so they could be rolled in and out of the room. The schools might be able to collaborate with Pottawattamie Arts, Culture and Entertainment on some aspects of productions.

The bleachers with seatbacks will seat about 400, with room to set up around 200 chairs on the floor for programs and presentations that use the portable stage, said Roger Slosson, architect from BVH Architecture. The room will be similar to what is planned for Kirn Middle School.

The large gym will not be used for meals, Slosson said. Locker rooms will be redone but remain where they are.

The current auditorium will become the bandroom and will receive acoustical upgrades, as will the other music rooms. Fixed seats will be removed, and each level of the built-in risers will be widened.

Each grade will have its own area in the building but will share classrooms in the middle, which will be used for electives. Each grade will also have a learning commons area, with more casual seating, books and portable technology.

Those areas will have “just a real nice, kind of more home-like feel,” Slosson said.

“Once school starts, there will be no entrance through the parent entrance,” Murillo said. “Everyone will have to come to the front.”

Work at Wilson is scheduled to begin in May 2020 and wrap up in July 2021. The school will move back into the building from its temporary quarters in the Madison Campus in August 2021.

Work on the Kirn Middle School renovation is on track, officials said Wednesday.