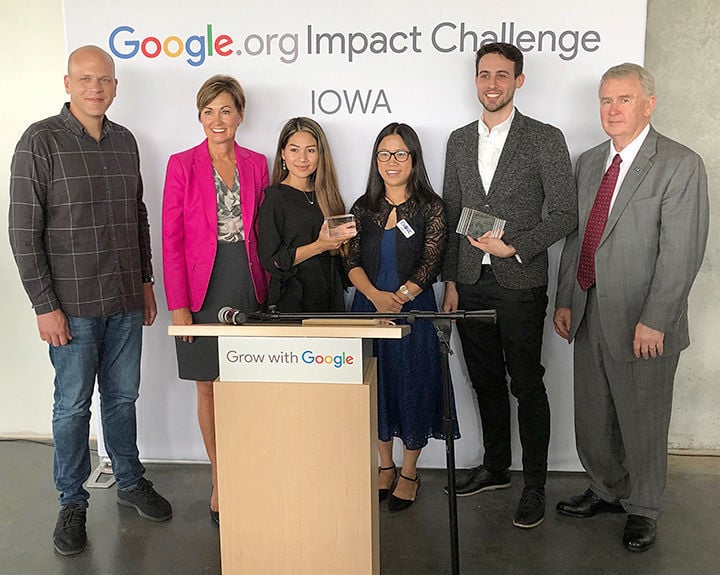 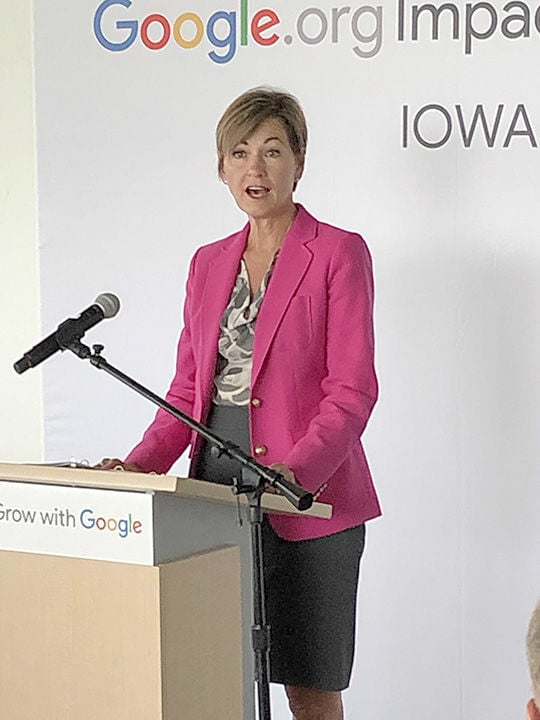 Gov. Kim Reynolds talks about Google and its investment in Iowa during an awards ceremony Tuesday at the River’s Edge Building. 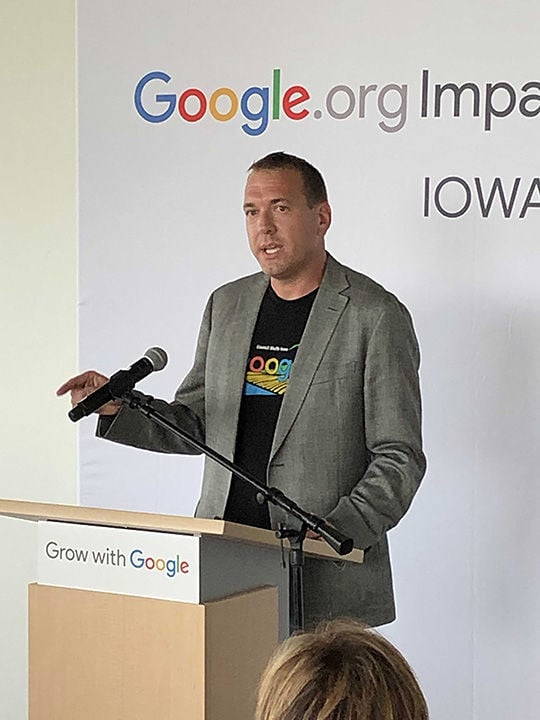 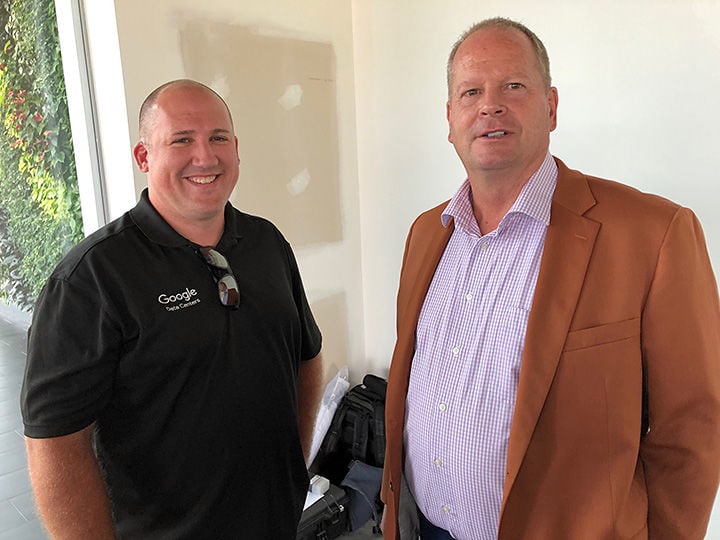 Gov. Kim Reynolds talks about Google and its investment in Iowa during an awards ceremony Tuesday at the River’s Edge Building.

Gov. Kim Reynolds on Tuesday named the Ethnic Minorities of Burma Advocacy and Resource Center of Des Moines and Waterloo the People’s Choice winner in the $1 million Google.org Impact Challenge Iowa during a ceremony at the River’s Edge Building in Council Bluffs. The challenge was held to coincide with the 10th anniversary of Google’s arrival in Council Bluffs.

The public elected EMBARC through online voting from among five Google.org Impact winners.

“The $2.5 billion data center was the biggest private economic development investment in the state’s history,” Reynolds said. “Google’s investment in Iowa is a reflection of our people’s ability to innovate. These opportunities are fueling economic growth, allowing Iowans’ ingenuity and strong work ethic to drive competition on a global scale.”

“Over the decade, Google’s investment in our community has been substantial,” he said.

The company has partnered with local schools, which has benefited the students, Walsh said.

“We are grateful to the corporation for its contributions to Council Bluffs in numerous ways,” he said.

“Council Bluffs has been a great home for us,” Dan Harbeke, Google’s head of public policy and external affairs, said. “Council Bluffs remains one of Google’s largest global data centers.”

Google and a panel of Iowa judges reviewed more than 160 applications from nonprofits across the state and chose five winners who proposed bold and creative ideas to create economic opportunity in their communities,” said Harbeke. The five winners will each receive $175,000 from Google, and EMBARC, as People’s Choice winner, will receive an additional $125,000.

EMBARC was founded in 2011 to help new refugees from Burma successfully settle in Iowa. In 2016, its mission was expanded to serve other newly arriving refugees from the Congo, Syria and Eritrea.

“There were a lot of really good applications, and it’s wonderful to see these five honored,” he said.

Buena Vista University’s Lamberti Center for Rural Entrepreneurship and the Iowa Lakes Corridor Development Corp. These organizations offer a program for budding entrepreneurs that follows an innovative Match-Learn-Launch succession. It features an app designed to match new entrepreneurs with retiring business owners, offering mentoring and education from time of match to new launch.

The Four Mounds Foundation was founded in 1987 to manage 54 acres overlooking the Mississippi River willed to the city of Dubuque from the estate of Elizabeth Adams Burden upon her passing in 1982, the foundation’s website states. The Burdens had a vision for the land that it might be preserved for the public good and be used for educational purposes.

The foundation is now expanding its youth Housing Education and Rehabilitation Training program to serve young adults who are disconnected from work. Participants are immersed in authentic restoration projects that build skills, revitalize urban core and build economic vibrancy while getting paid and receiving college certification.

Iowa Jobs for America’s Graduates helps young people in Iowa who have experience significant challenges uncover their innate power and resiliency by creating customized and in-depth plans that put students directly on track to a fulfilling and meaningful career by connecting them with employers in high-demand industries.

The New Bohemian Innovation Collaborative is expanding its current coding boot camp to train incarcerated individuals to become software developers and find gainful employment opportunities upon their release. NewBoCo, in collaboration with the Iowa Department of Corrections, will be piloted in the Iowa Women’s Correction Institution in Mitchellville.

Judging was based on innovation, impact, sustainability and reach, Harbeke said.

“Grow with Google is throughout the United States,” Harbeke said.

The company’s aim is to help everyone across America — those who make up the workforce of today, the students who will drive the workforce of tomorrow and the small businesses that keep our economy strong — access the best of Google’s training and tools to grow their skills, careers and businesses, a press release from Google stated.