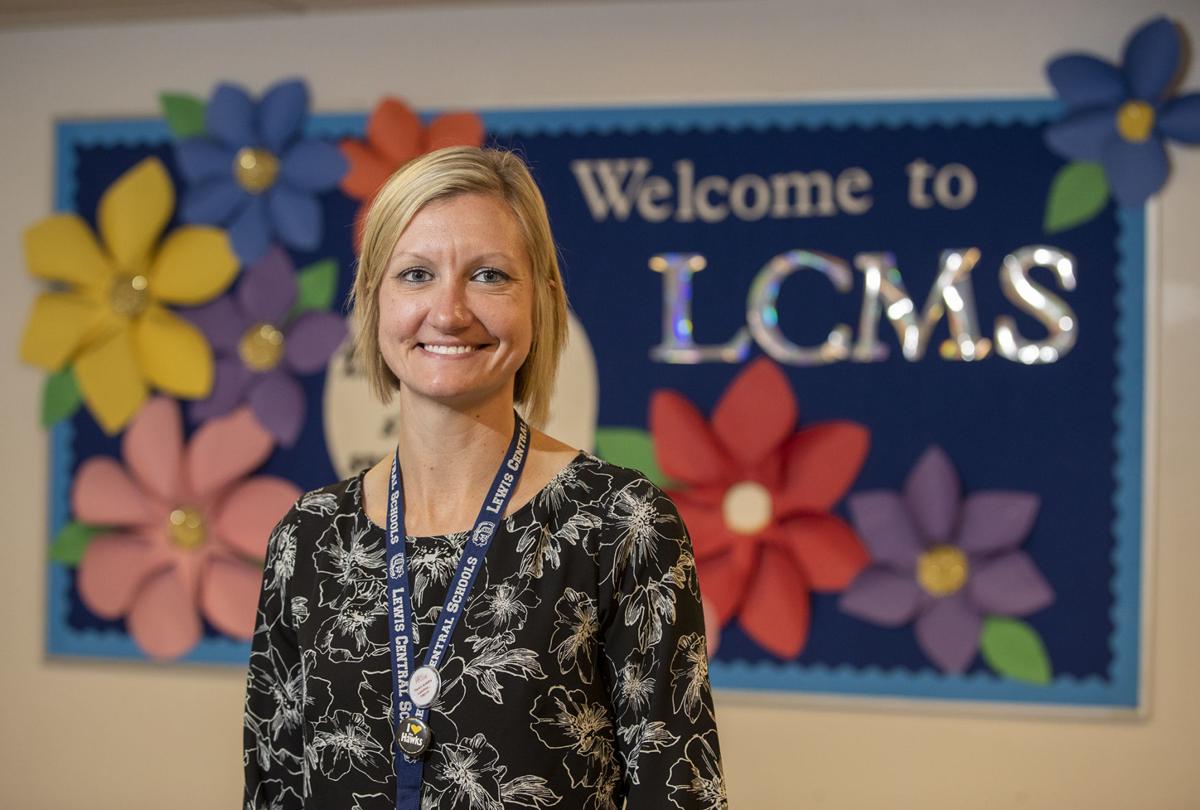 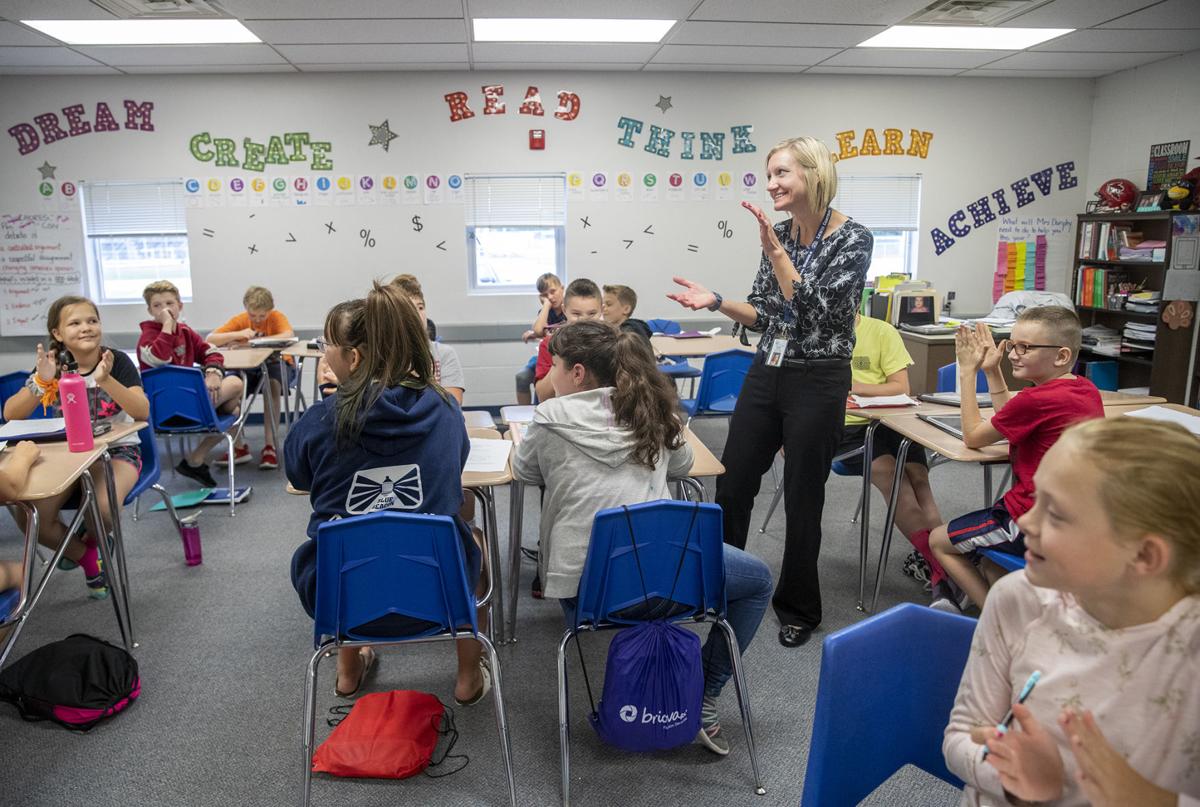 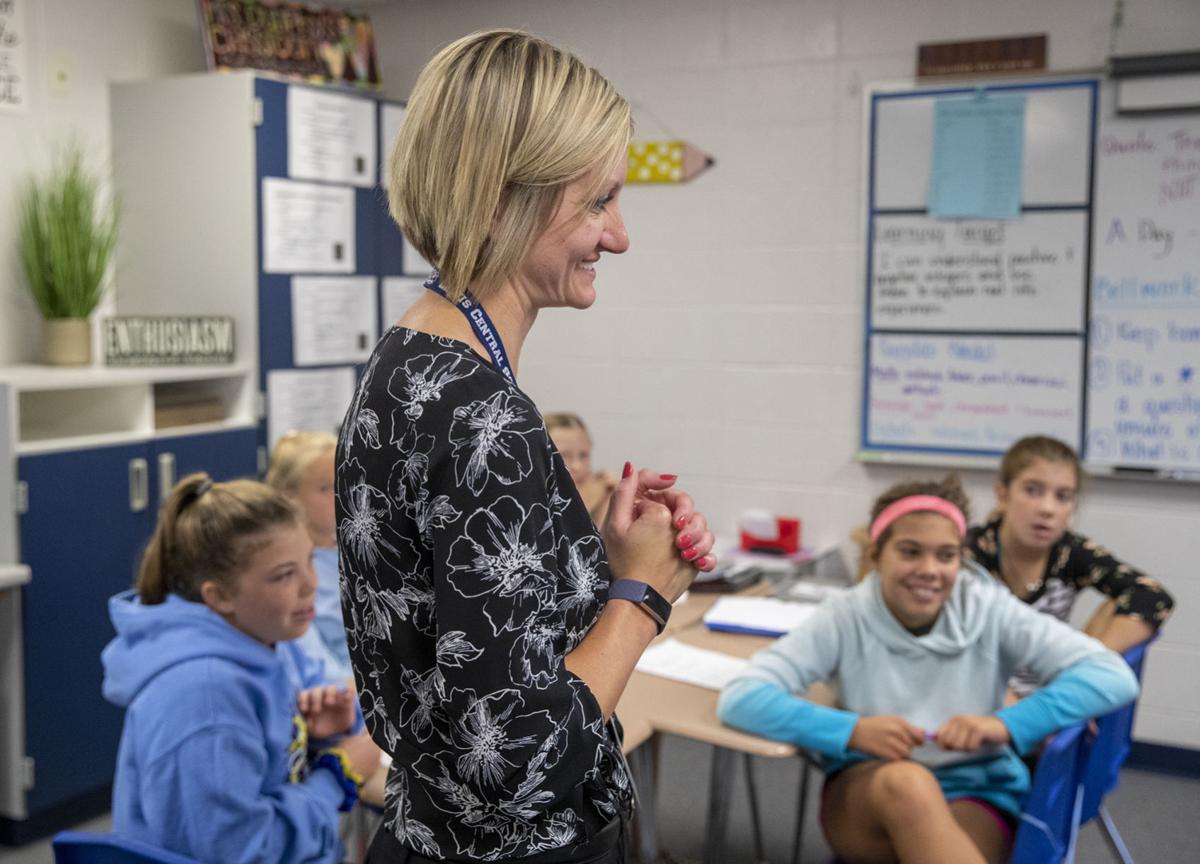 A passion for education drives the new principal at Lewis Central Middle School.

Mandie Reynolds came to the district from Riverside Community Schools, where she was principal of the middle/high school for one year.

So far, Reynolds is enjoying her new gig.

“We have an outstanding staff,” she said. “I love being able to support the staff in their support of students.”

Reynolds also likes the students and enjoys working with middle-schoolers.

“I think it is an area in their life when we can have an impact,” she said.

“We work really well together. He’s outstanding,” she said. “He already knows the kids, and he knows the system.”

It’s not all office work leading the school, Reynolds said.

She also likes Superintendent Eric Knost and said he is a “positive leader.”

Reynolds grew up in Griswold and had a high school teacher who inspired her love of learning.

“I had a really great social studies teacher in high school,” she said. “The passion he had in the classroom — students just wanted to be there.”

Still, she didn’t start college planning to become a teacher.

“I was going to be a lawyer until I was a junior in college,” she said.

But something was telling her she should be a teacher.

“I think it’s just a passion for education — and also for kids,” she said. “I absolutely love working with students, getting to know them and building relationships.”

Reynolds earned a bachelor’s degree in political science at University of Iowa with a minor in world history and Spanish and got a certification in secondary education. She student-taught with John Drake, social studies teacher at Lewis Central High School.

She started her career by teaching social studies at Riverside Junior-Senior High School for seven years. Eventually, she became teacher leadership coordinator for both Riverside and Tri-Center Community School, then curriculum director, when she got her first look at what was happening at all levels, K-12. She also had the opportunity to serve on the state standards committee for social studies during the 2015-16 schoolyear and helped write standards for middle school social studies.

After gradually taking on more responsibility, Reynolds developed an interest in education administration. She served as assistant principal and tech coordinator at Riverside for one year before becoming principal.

“I love working on education at the system level,” she said.

Reynolds earned a master’s degree at Dordt College and is currently working on a doctorate in education at Drake University, traveling to Des Moines every couple weeks for on-campus instruction.

Reynolds also appreciates the opportunity to compare notes with other educators from around the region.

“It’s basically a cohort of other principals from across the state,” she said. “They’re a great bunch of people.”

Reynolds lives in Carson with her husband, Josh, and their sons, Jalen, 8; and Jett, 5.