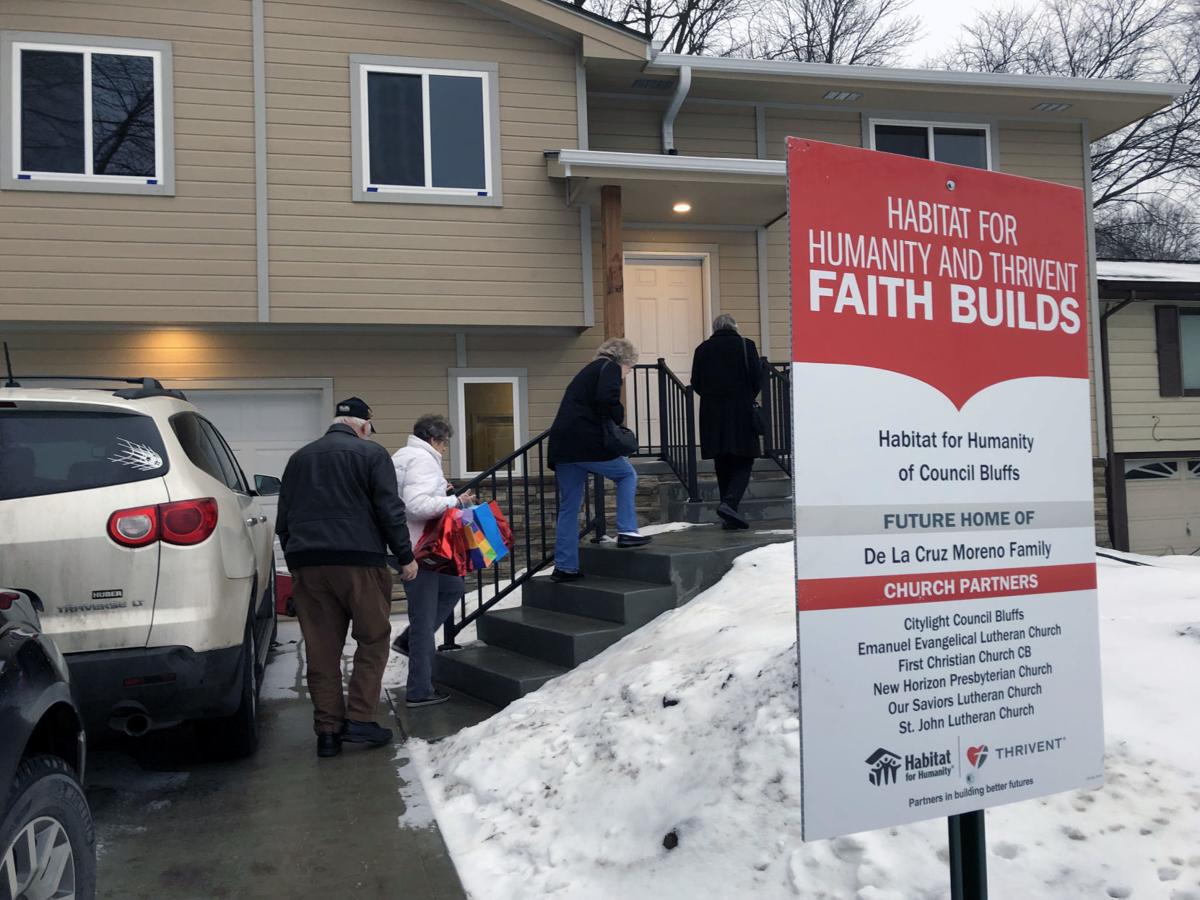 Four community members file into the new house for the home dedication Monday. 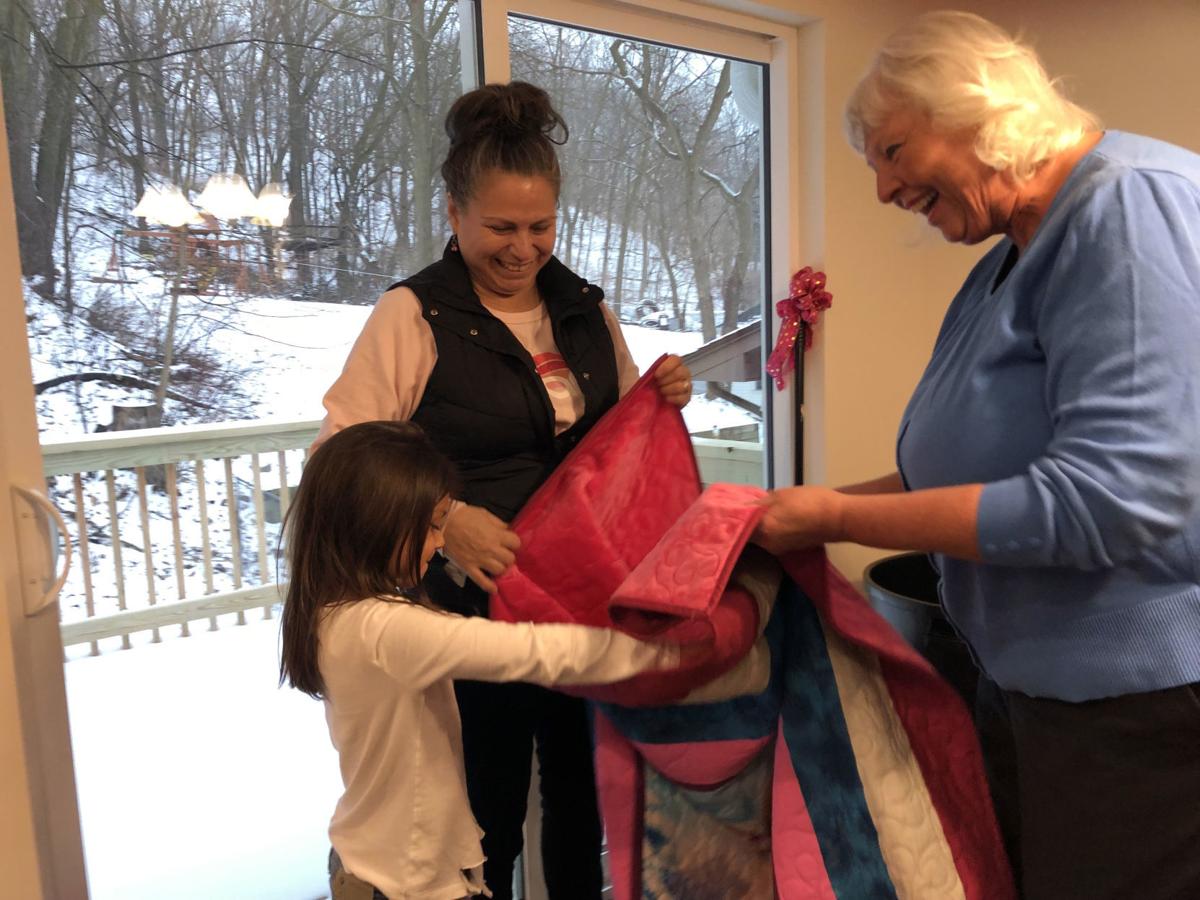 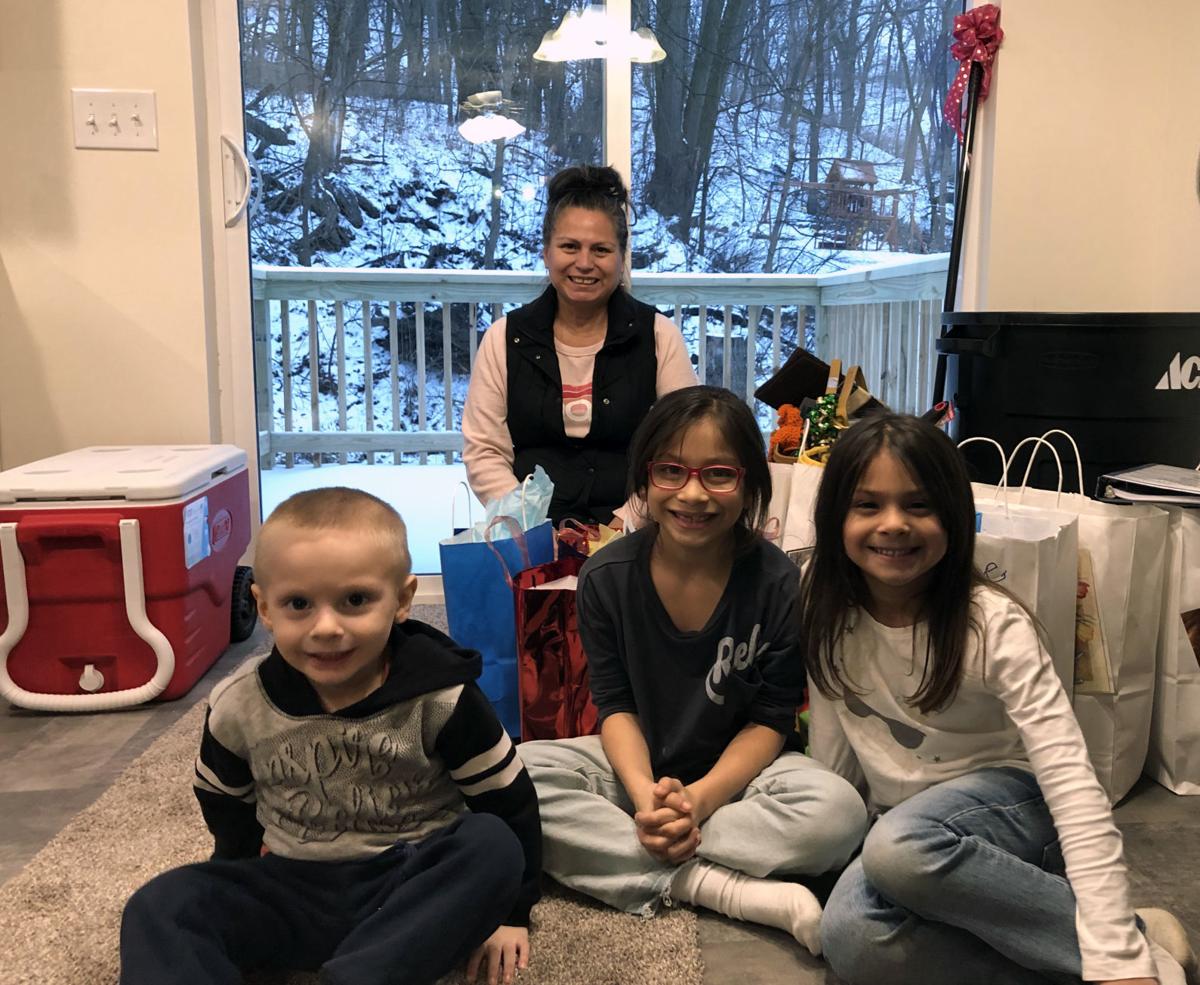 Four community members file into the new house for the home dedication Monday.

After six months of commitment and hard work, the completion of the first “faith build” was celebrated with a dedication ceremony Monday evening.

The home was made possible by the Habitat for Humanity of Council Bluffs, Thrivent FInancial — a Lutheran nonprofit investment firm — 12 churches and the De La Cruz Moreno family. Thrivent provided half the funding for the house as a faith build. The other half was provided by local church members through local affiliates.

Before having a home, the family of five had lived in a two-bedroom apartment. That included single mother Aby De La Cruz Moreno, three children Tristyn, Eli and Sam and their grandmother Aida Zuniga.

Aby De La Cruz Moreno, single mother of three, was not at the dedication, as she was deployed as a member of the U.S. military, according to Glennay Jundt, executive director for Habitat for Humanity of Council Bluffs.

“She’s a hard-working single mom who has not one, not two but three jobs to support her family, one of which is defending our country,” Jundt said.

The three children were in attendance. Others there included contributing church members, Thrivent members and other Council Bluffs Habitat for Humanity members.

Aby had chosen a candle lighting ceremony and prayer as the dedication for the house, Jundt said. This seemed fitting, as Jundt said she felt God had also been helping during the project.

“We ran into several bumps along the way, but I felt like we had God’s grace with us on this project,” she said.

Church members contributed to the home’s success in multiple ways, including financially or through time spent on painting, insulation and other work.

A check will also be provided to pay for the first month of utilities, according to Linda Steensland, vice chair of the Habitat for Humanity Council Bluffs board.

“We’re just really grateful we’re able to help another family out and place them in a decent, affordable home so they can be in a safe place they can call home for the rest of their lives,” Jundt said.

A second faith build is expected to start soon.

“We hope to start the next house right away,” Steensland said.

Anyone interested in donating time, finances or resources can contact Habitat for Humanity of Council Bluffs online, through retirement contributions, through land donations or through church drives.