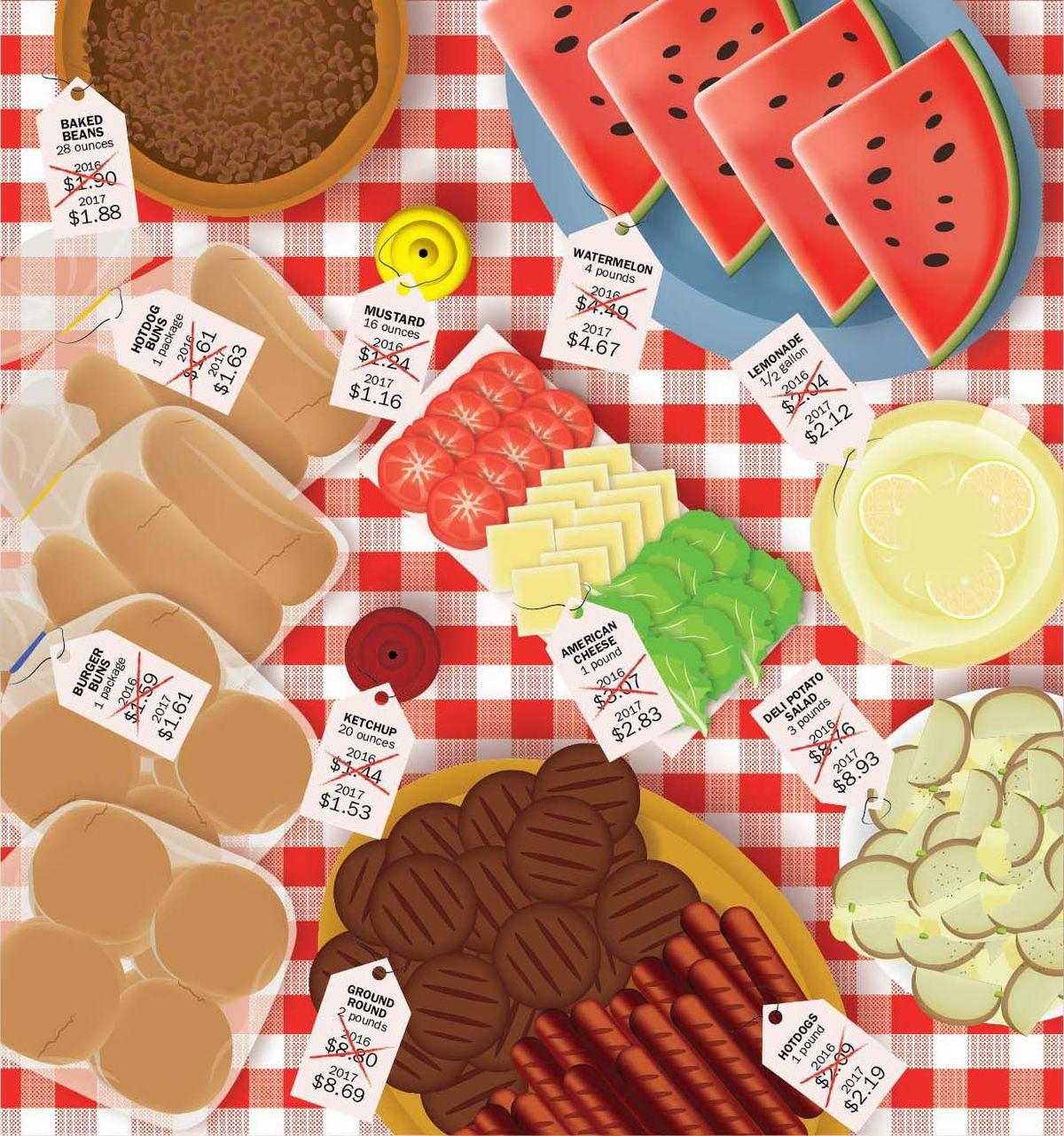 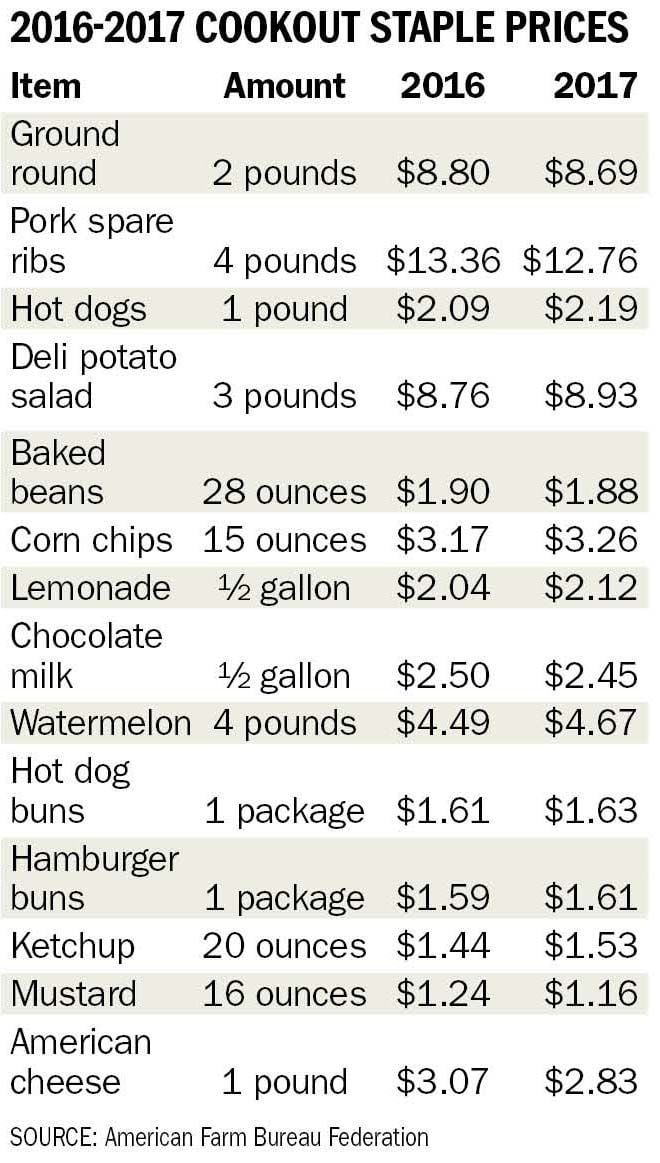 Go ahead, throw another burger on the grill — it won’t cost you as much.

Every year, Farm Bureau members volunteer to check out retail prices at grocery stores around the country for the same July Fourth menu for 10 people. That meal, with burgers, hot dogs, ribs, sides and (nonalcoholic) drinks, would cost $5.57 a person this year, down a few pennies from last year.

Some of the items, like lemonade, corn chips and watermelon, are a bit pricier, but overall you’ll pay less.

As always, area grocery stores have tried to attract July Fourth customers with specials on meat, fruit and other grilling-out fixings.

The survey reflects what government data show: The cost of groceries fell each month from April 2016 through January 2017. It’s been rising since then, but prices still are lower than what you paid a year ago.

Why? With meat, there’s just so much of it. Total U.S. red meat and poultry production is forecast at a record level this year — over 100 billion pounds.

Most Americans are responding to the lower food prices by spending more, the National Retail Federation said. We’ll spend $7.1 billion on food for cookouts and picnics this year, up 4 percent, the group’s survey showed.

Shoppers are timing purchases: People planning to spend the holiday elsewhere have already loaded up coolers with meat to take with them to out-of-town parties.

People camping this weekend will be in today for sausage. People celebrating at home will be in Saturday and Monday to pick up things to grill — like steaks, which haven’t dropped in price as ground beef has, Stoysich said.

“They want something a cut above,” Stoysich said.