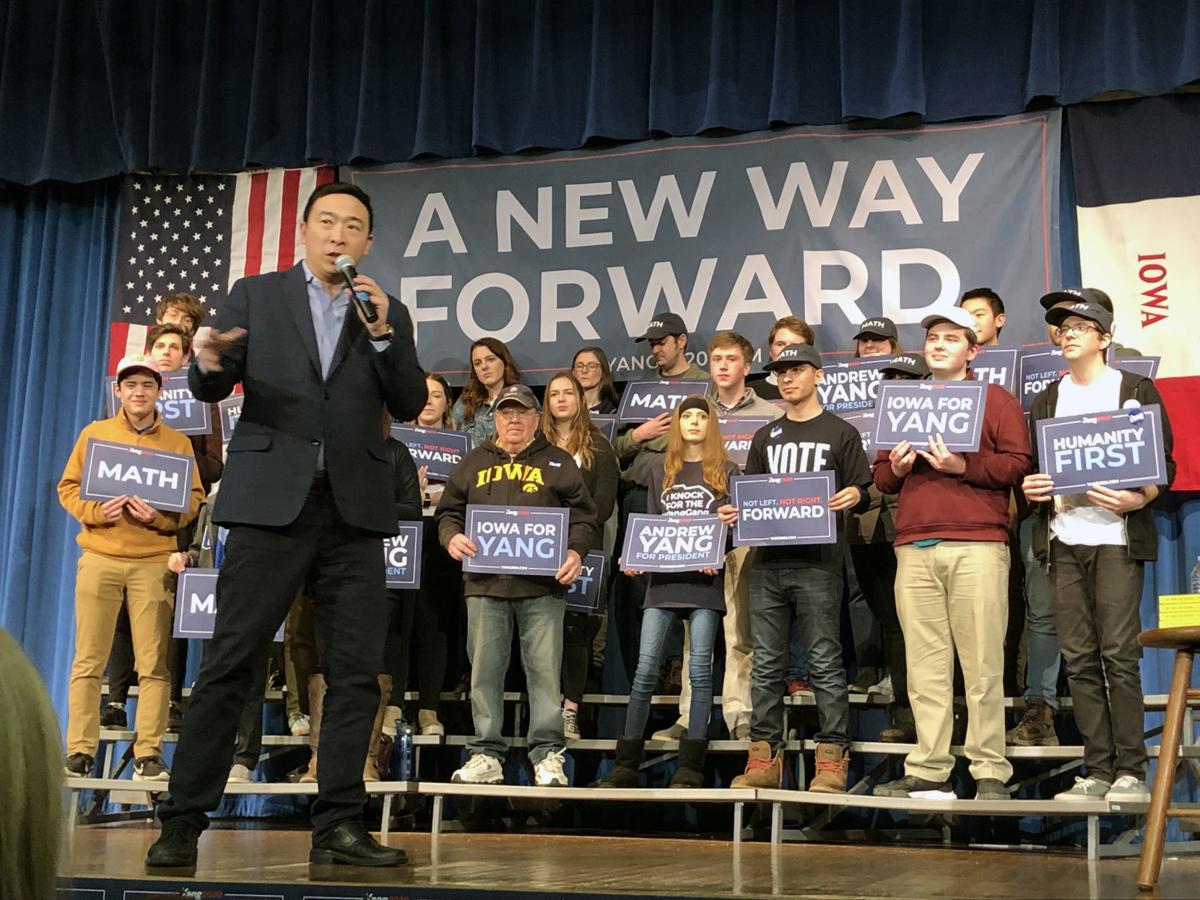 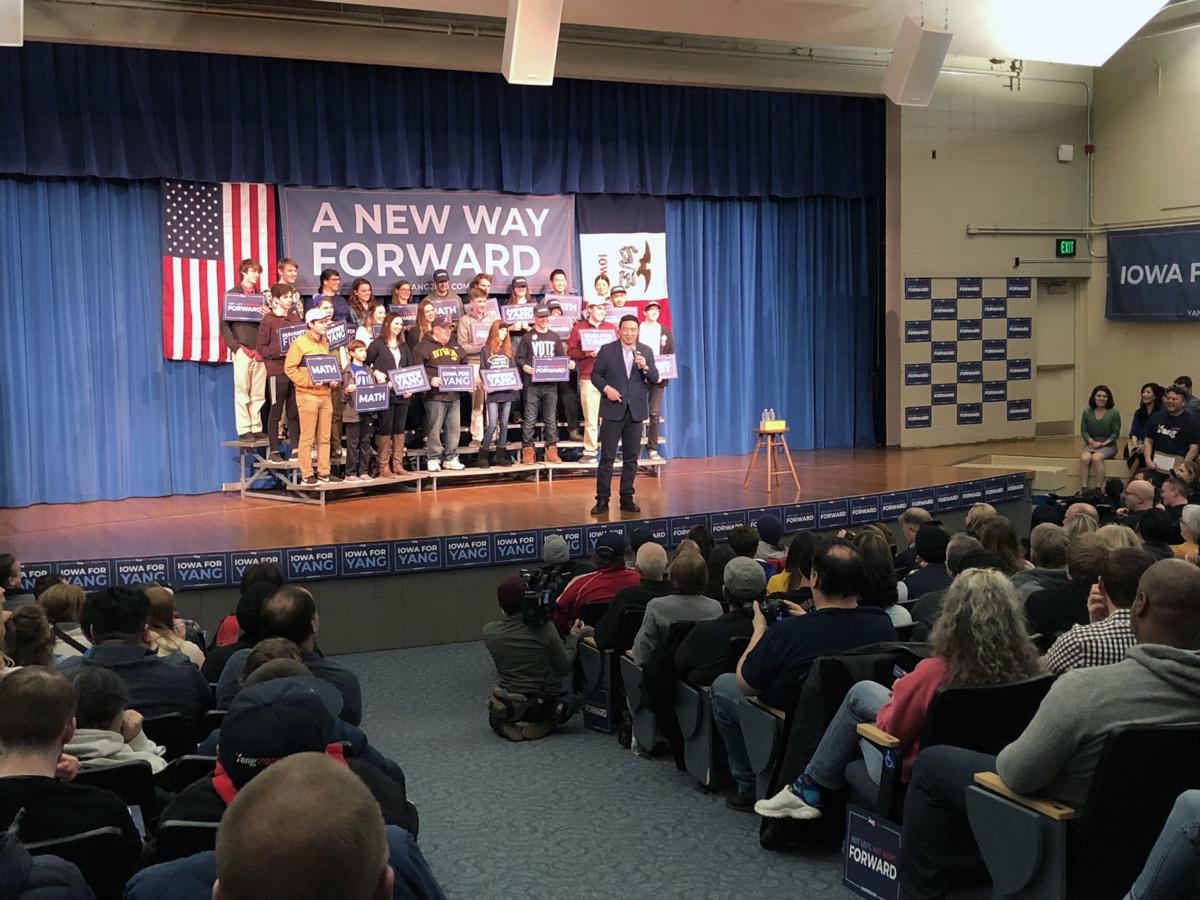 Currently, Yang is ranked sixth out of the Democratic candidates, according to the latest polling average from Real Clear Politics, less than a week away from the Iowa Democratic caucus. During the town hall, Yang said he is gaining momentum and remains optimistic about the caucus.

“I’m running for president here tonight because like many of you I’m a parent and a patriot,” he said. “I have seen the future that lies ahead for our children and it’s not something I’m willing to accept.”

Recently, his wife Evelyn Yang joined him on the campaign trail, and she welcomed Yang to the Abraham Lincoln stage. Together they have two sons, one who is autistic.

The candidate’s openness about family, policies and his vision for the future of the U.S. were a few reasons attendees said they want to vote for Yang in the upcoming caucus Monday.

“I have a child that’s also autistic, so having someone that understands the struggles, especially when it comes to health care and mental health, is a big deal to me,” said attendee Mary Fahrenkrug.

Other reasons attendees took a liking to Yang was his stance on boosting the economy, improving the student debt crisis and winning against President Donald Trump, among others. Attendees favored Yang’s policies on issues that will come with increased automation and his $1,000 “Freedom Dividend” — a universal basic income plan.

“I think our economy is going to be completely changed in the next 20 years, and I can see civil unrest because of it. I think he has the foresight to see it ahead of time,” said attendee Mike Barges.

Yang agreed that the economy is changing, seeing trends like automation rising and businesses closing. Thirty-percent of all malls have also closed due to these changes, he said.

The Freedom Dividend would provide $1,000 each month to any American 18 years or older. Yang said it will be funded by creating a new tax on companies that benefit from automation, such as Amazon, paying $0 in taxes last year.

“We have to make it so the economy is working for us and our families,” Yang said.

Yang said he wants the government to work for families by providing universal health care, legalizing opiates so addicts can seek help rather than jail and moving government workers from Washington D.C. to other parts of the country.

Yang also expressed how important the U.S. people are, and how they are a large reason for him running. According to Yang, Monday’s caucus would be a key vote for America’s future.

“You’re vote is worth 1,000 Californians each,” Yang said. “That’s the power to do something the rest of the country just dreams about — which is to push us in a different direction.”