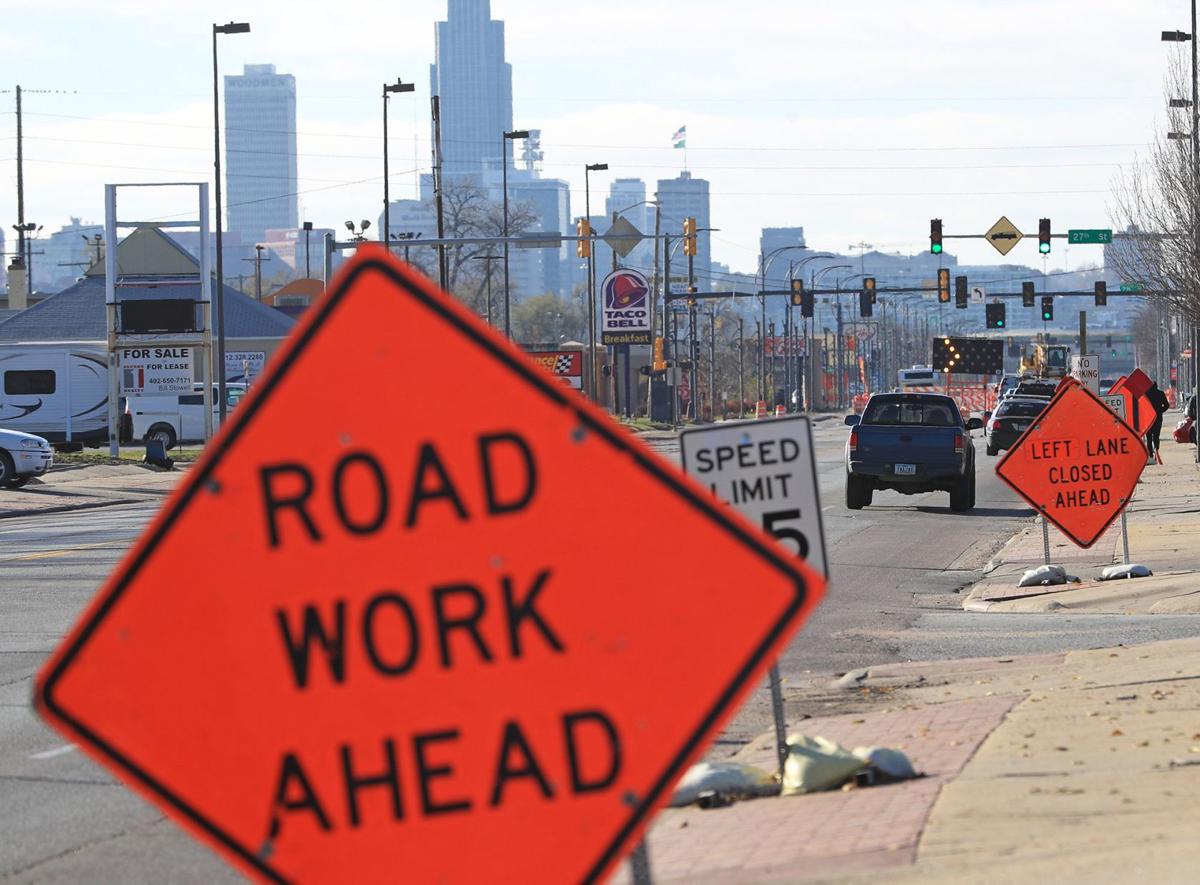 Traffic moves along West Broadway near 27th Street as renovations continue on Wednesday. The Council Bluffs City Council will reconsider medians as part of the West Broadway Reconstruction Project. 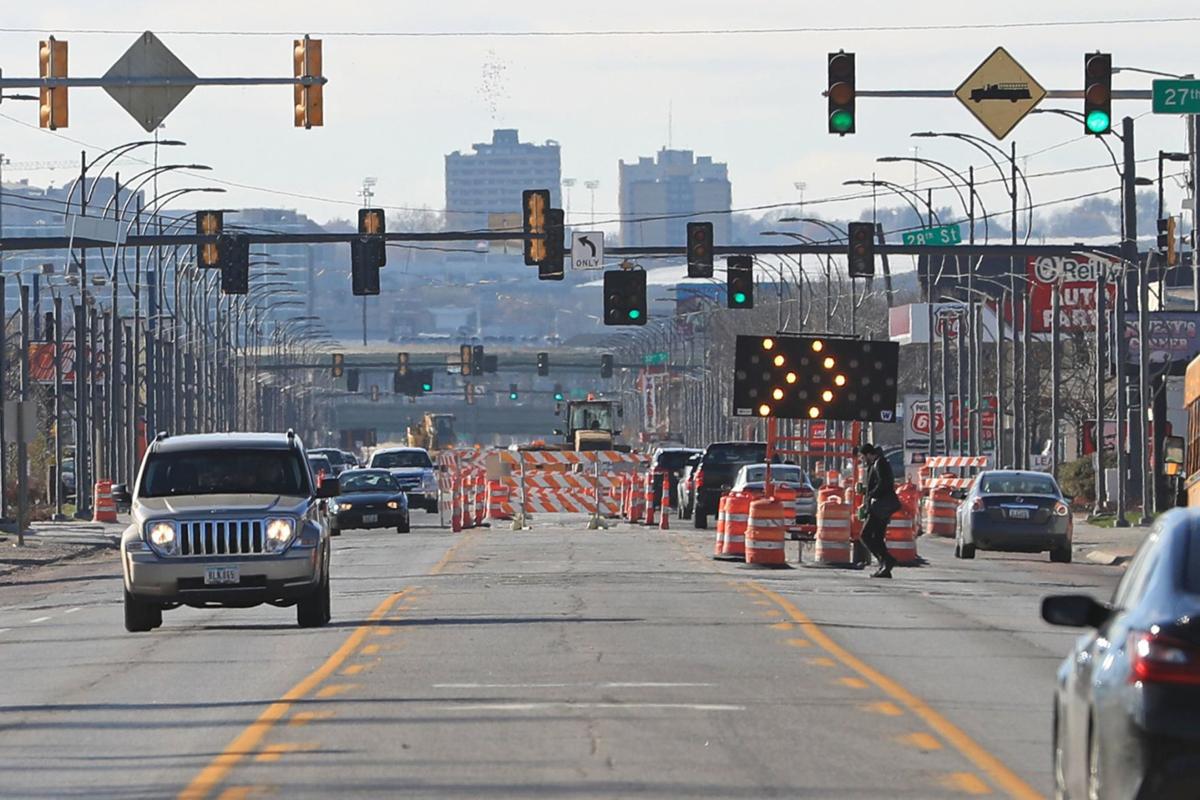 Traffic moves along West Broadway near 27th Street as renovations continued in 2018.

Traffic moves along West Broadway near 27th Street as renovations continue on Wednesday. The Council Bluffs City Council will reconsider medians as part of the West Broadway Reconstruction Project.

Traffic moves along West Broadway near 27th Street as renovations continued in 2018.

During a contentious meeting, the council voted 3-2 to have medians in the plan for phases three through five.

City staff will adjust plans for phase three and bring the issue back to the council for final approval. Medians would be part of the beautification aspects of the street overhaul, which is being funded by the Iowa West Foundation.

Councilwoman Sharon White, who brought forth the motion to consider the issue again, was joined by Councilmen Nate Watson and Mike Wolf in voting "yes" on medians.

As expected, Wolf proved to be the swing vote.

“The key thing for me is safety,” Wolf said ahead of the vote, which occurred just before 11:45 p.m.

“I know there are people scoffing at the safety aspect,” he continued, recounting the tale of seeing a driver hit a median on Veterans Memorial Highway before continuing on, noting the driver would’ve likely hit oncoming traffic if not for the structure.

He also said a friend is housebound because of a head-on collision, where a median would’ve lessened the impact of the crash.

Cox said phase three plans are “95 percent” complete. It’d take about 4-5 weeks to re-calibrate the plans, with an estimated cost of $50,000 to redo the plans. White noted her understanding from a memo on the matter from the Iowa West board is the organization would fund that work.

The total project is projected to cost $36 million.

The council will vote to approve holding a public hearing on the revised plan at a meeting - possibly the Dec. 17 meeting - and then vote on the issue at a subsequent meeting.

A number of business owner and business representatives spoke at the meeting against the medians, noting that in conversations with city staff the plans did not include medians. Council Bluffs attorney Deb Petersen, representing developer Council Bluffs X LLC, which is working to bring a Starbucks to 26th Street and West Broadway, asked the council to keep the plans as is.

The developer and Starbucks plan to pull out of the project if medians are placed on the roadway.

“Why are we here? Why are we here?” Gorilla Wash owner Jeff Ballenger asked about the issue, noting the council had already voted on the matter. “This was settled business.”

A look at the history of this saga:

In March of 2017, the council voted 3-2 to approve an amendment to the master plan removing medians. Council members Melissa Head, Roger Sandau and Al Ringgenberg voted for the motion, while White and Councilman Nate Watson voted against the measure.

Proponents of medians, including Mayor Matt Walsh, argued that medians would improve safety and aesthetics. Walsh said elevated medians in the middle of a street tend to slow motorists down, while also noting motorists coming in opposite directions will often times approach each other “nose to nose” in the current center lane as they try to turn in different directions.

Walsh said because motorists slow down on roadways with medians, they’re likely to notice more businesses.

Earlier this month, Superintendent Vickie Murillo said, “as a school district, we appreciate any measures that would encourage safe walking routes to and from school.”

“The medians could help encourage students to cross Broadway at the intersections,” she said.

In October of 2016 the council approved a plan that would’ve seen 20 percent of West Broadway with median coverage. Sandau was the lone vote against the plan.

The aftermath of that vote saw a number of businesses voicing concerns about the medians, saying business would be hurt by the reduced chances to turn left. Some residents decried the structures as well, with around 2,000 people signing a petition against the medians.

The opposition also sent letters and took out full-page ads in The Nonpareil. Disagreements on the issue among residents were a common sight on Facebook. The social media firestorm was reignited this month after the issue resurfaced.

The issue was a contentious one in the 2017 city election. Ringgenberg lost his bid for a second term in the November 2017 election and was replaced by Wolf.

“A decision was made, why are we here? We did make a decision, to have medians. Then that was changed,” he said. “The idea that the plan can never be changed is not borne out by the facts. Now you don’t want to change because you don’t like it.

“We need to continue to improve” the city, Watson continued. “Particularly the front door to our community. We need to go back to the original plan, the compromise plan. People supported that.”

Sandau countered that when he brought up the vote to remove the medians, business owners hadn’t been told anything either way because plans for phase two weren’t complete. Phase one never had medians in the plan.

“I wasn’t breaking a promise when we changed the first time, there weren’t specs,” he said. “Phase two had not been shown to any businesses because there were no plans to show them.”