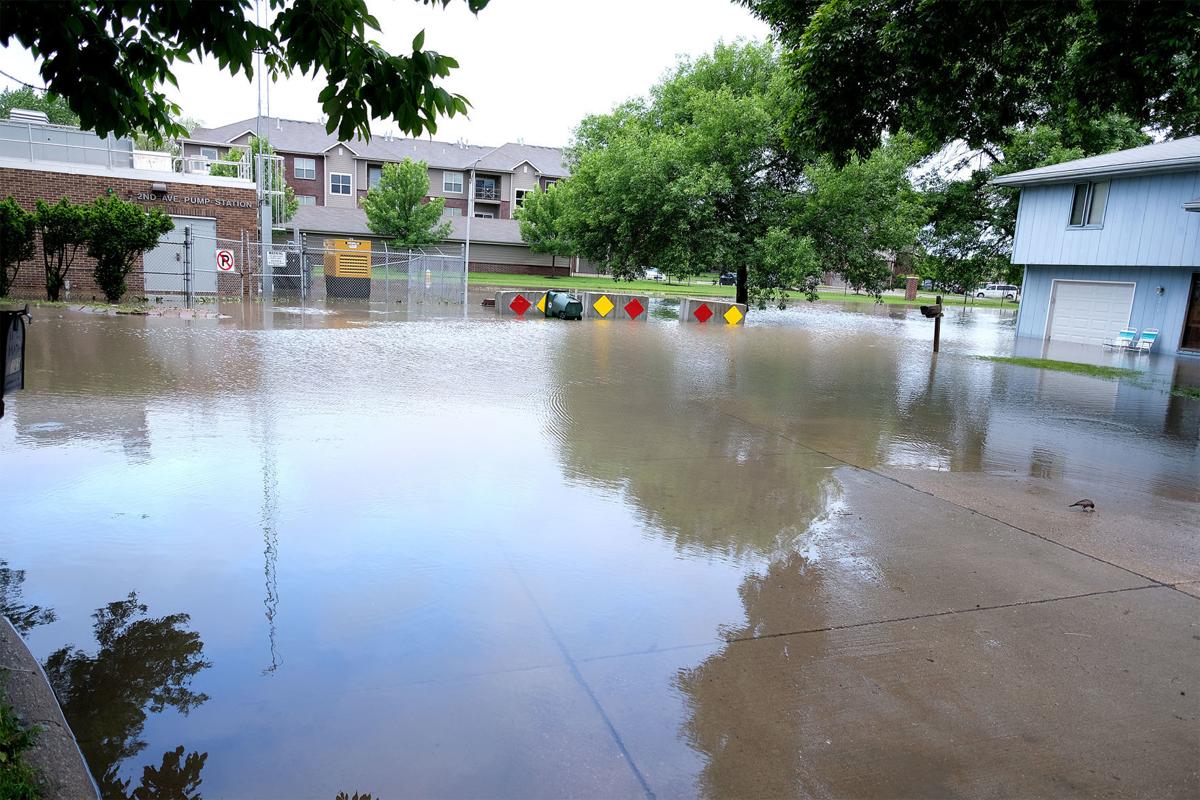 Rain water from an overnight storm flooded Second Avenue near South 39th Street in late May in front of the Second Avenue Pump Station. 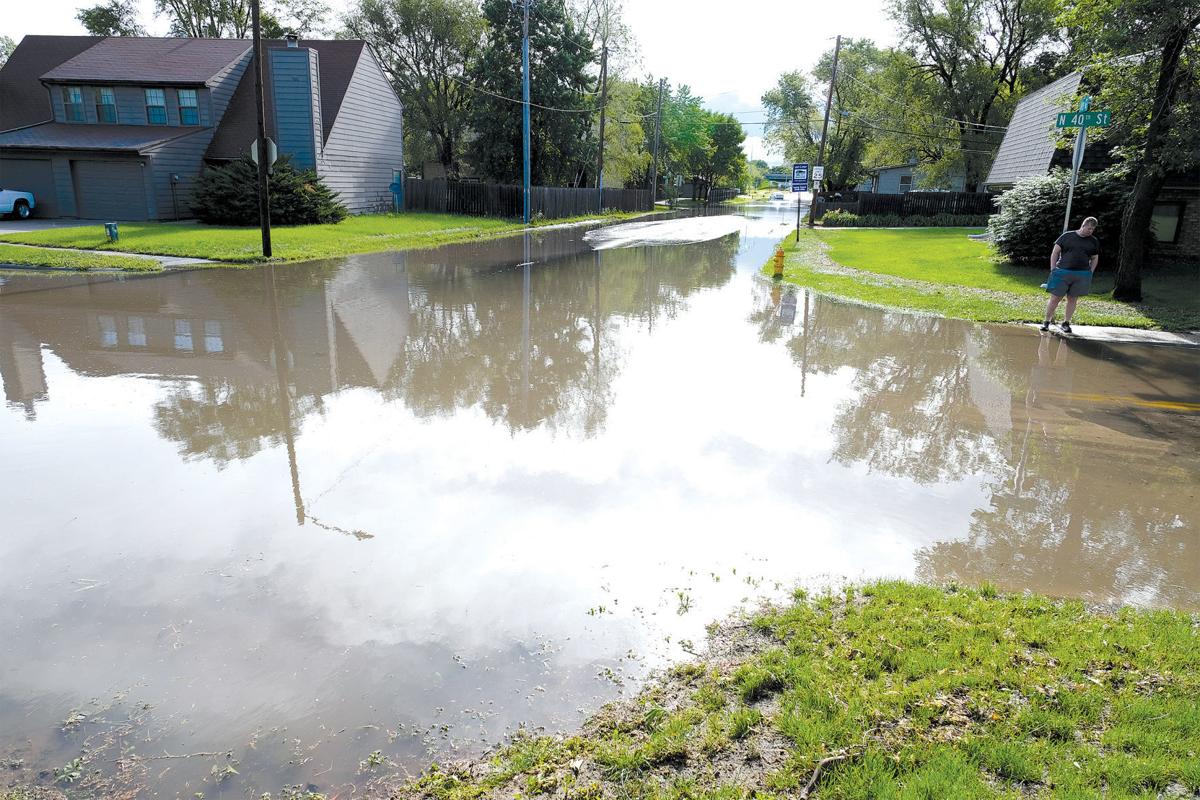 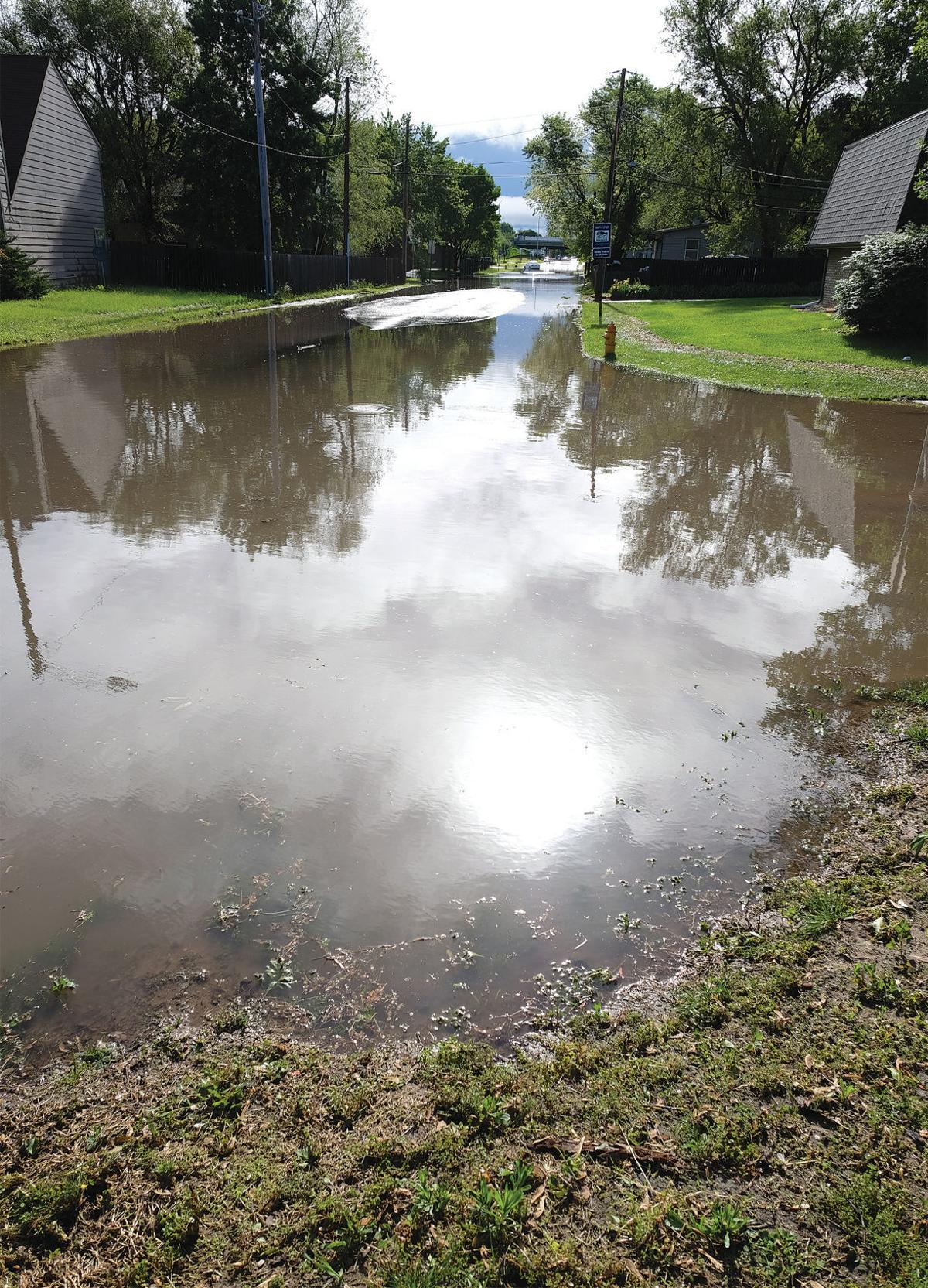 Overnight rains the morning of May 28 flooded the intersection of North 40th Street and Ave. G, but the water had dropped slightly by 9 a.m.

Rain water from an overnight storm flooded Second Avenue near South 39th Street in late May in front of the Second Avenue Pump Station.

Overnight rains the morning of May 28 flooded the intersection of North 40th Street and Ave. G, but the water had dropped slightly by 9 a.m.

The massive influx of water created by the 2-inch rainfall that hit Council Bluffs about 4:30 a.m. Tuesday left several intersections on the city’s west side flooded.

There were also numerous reports of basements of homes on the west and south sides of the city that took on water as storm and sanitary sewers were unable to handle the volume of water created by the latest in an ongoing series of severe storms hitting the area.

“The river needs to go down,” said Pat Miller, director of operations for the city’s Public Works Department. “About 1 ½ inches of that 2-inch rainfall hit in a very short time early this morning, and the pumping stations just could not keep up with the volume of water.”

Miller said ground water levels on the west side of Council Bluffs are high not only because of the current flooding that began in mid-March but also because the river had remained high virtually all of last winter.

Doug Drummey, CEO and general manager of the Council Bluffs Water Works, which draws much of the city’s water supply from the Missouri River, said the river level at Omaha had risen to 29.05 feet — considered minor flood stage — by noon Tuesday.

He said the river is forecast to rise 30.7 feet here by Friday and remain at that level through the weekend before beginning to fall.

Drummey said the U.S. Army Corps of Engineer’s series of six flood-control reservoirs on the Missouri River are beginning to fill as a result of increasing winter snow melt and, as of noon Tuesday, has only 36% of their maximum flood-control storage capacity remaining.

Releases from the Gavins Point Reservoir in South Dakota, the closest of the six reservoirs to southwest Iowa, were increased from 60,000 cubic feet per second to 65,000 cfs at noon Tuesday and were expected to be increased to 70,000 cfs today.

Interstate 680 is at risk of closing because of high water on the Iowa side. A detour also is in place off I-29 between 25th Street and 16th Street in Council Bluffs. Interstate 29 between U.S. 34 and the Missouri border is closed in both directions.

Among the major routes at risk of closing:

Over-the-road drivers are again jockeying with local traffic on the region’s secondary highways, now that Interstate 29 and major Missouri Riv…