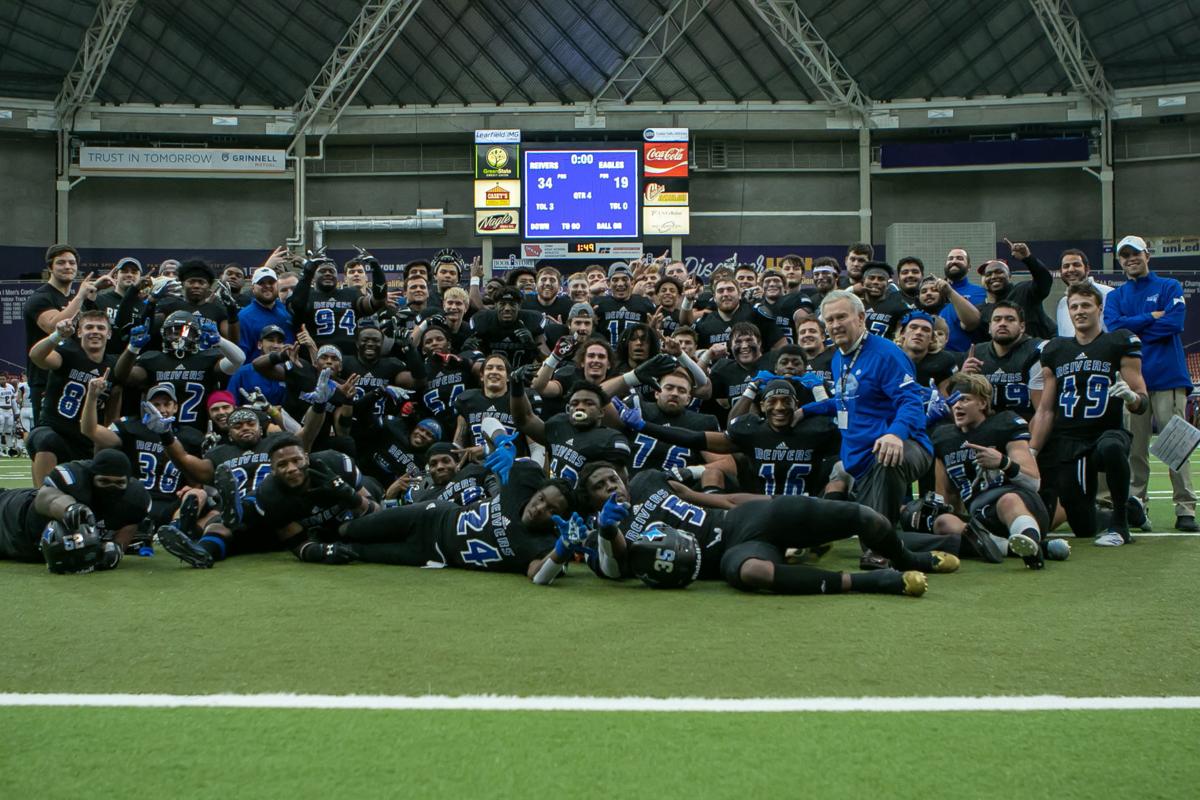 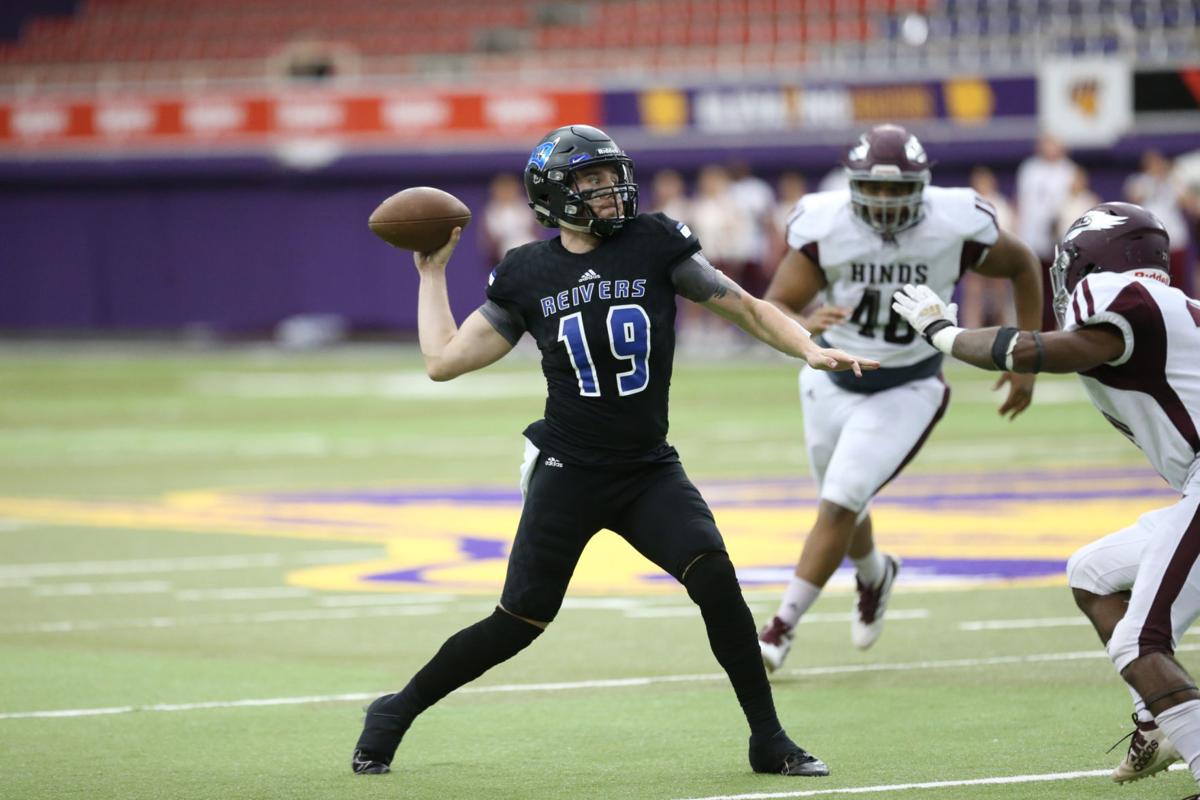 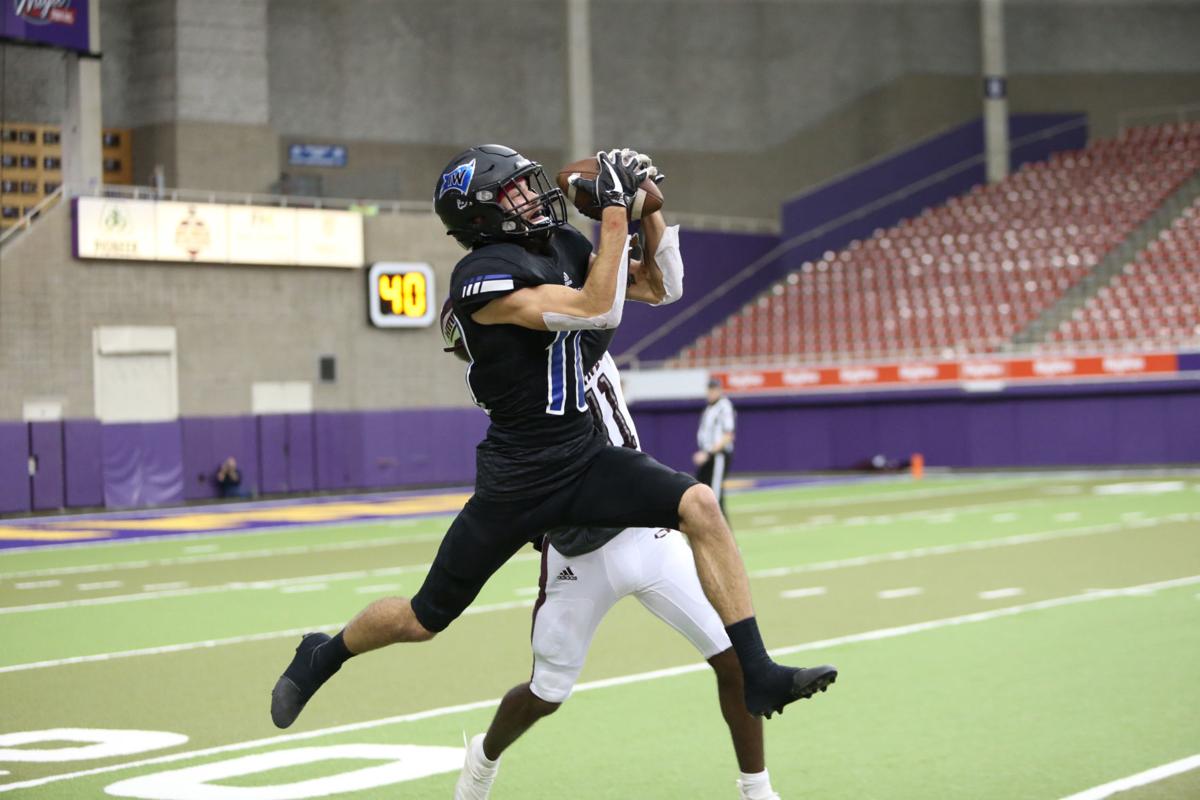 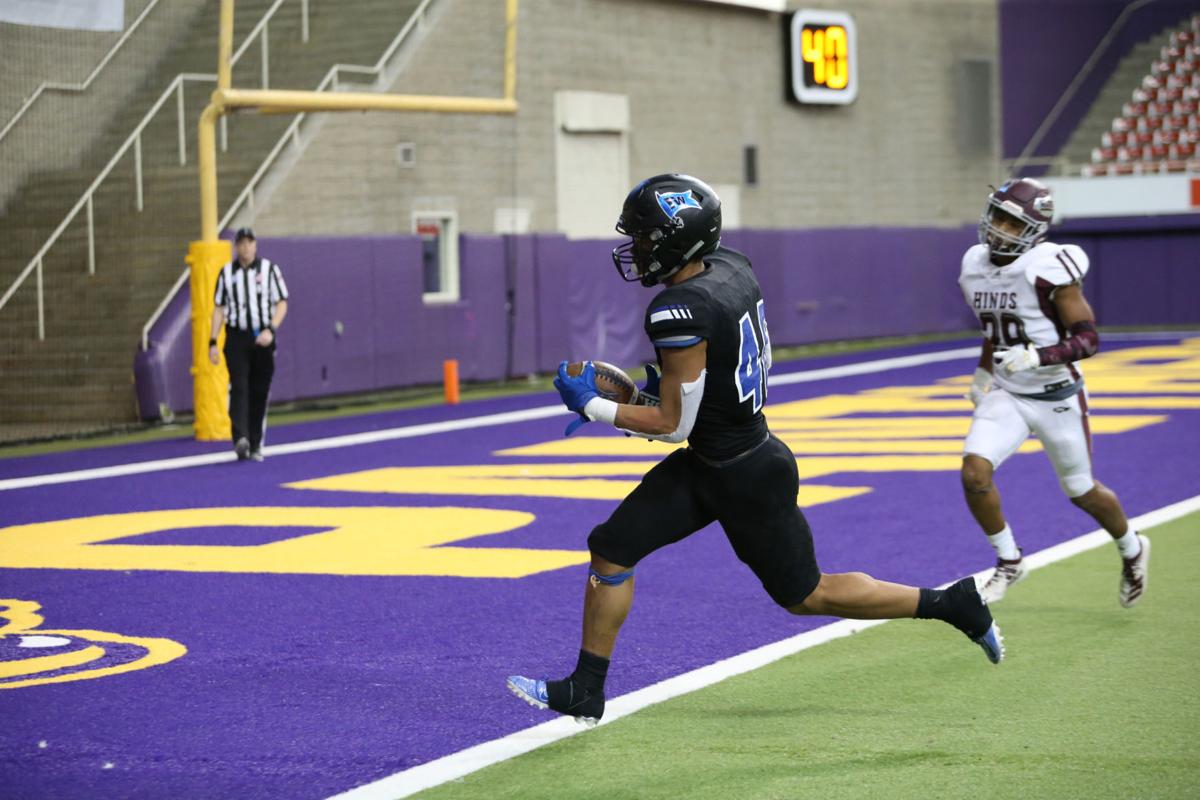 Coach Scott Strohmeier gets a mini Gatorade shower after the Reiver win. 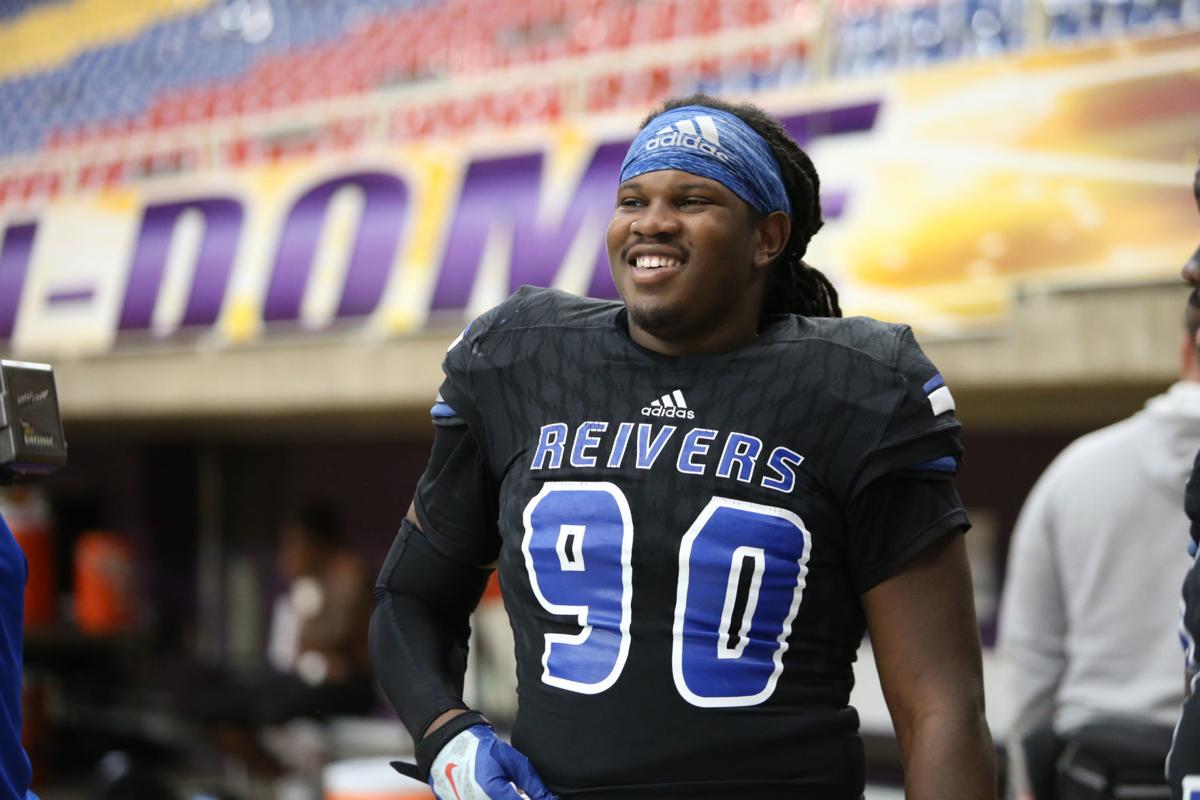 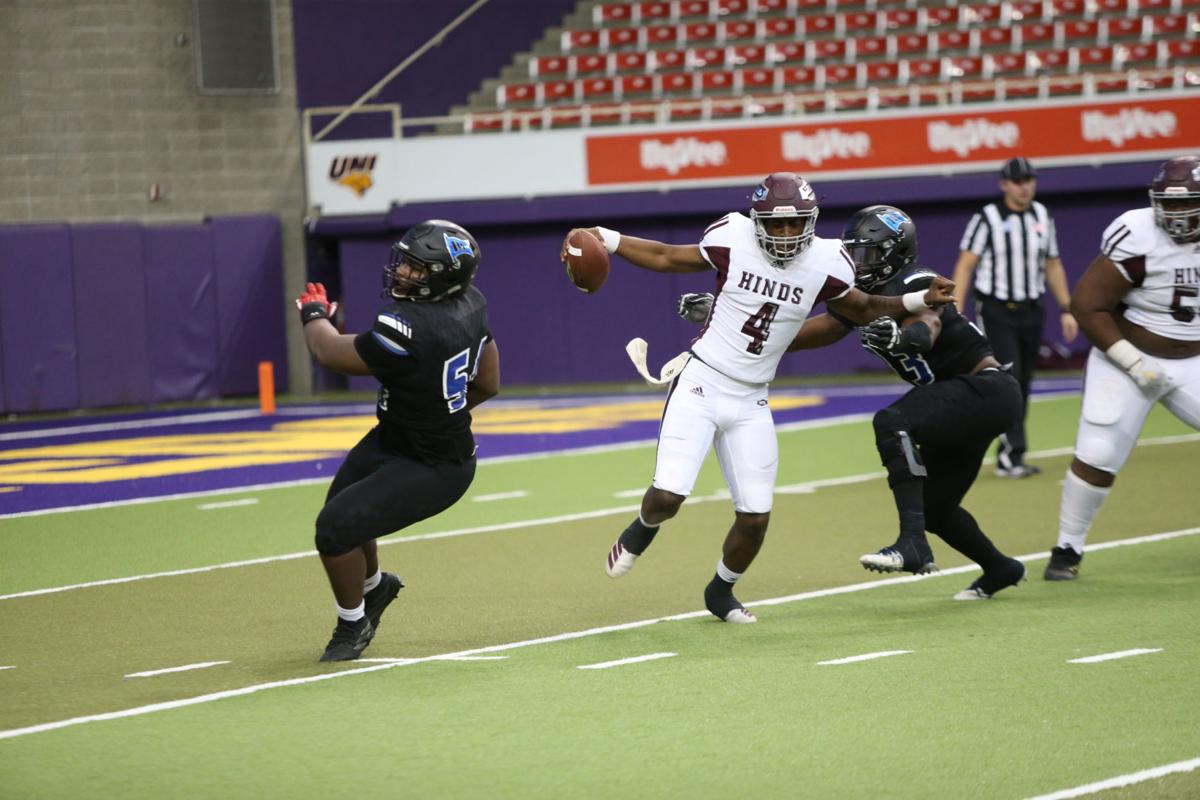 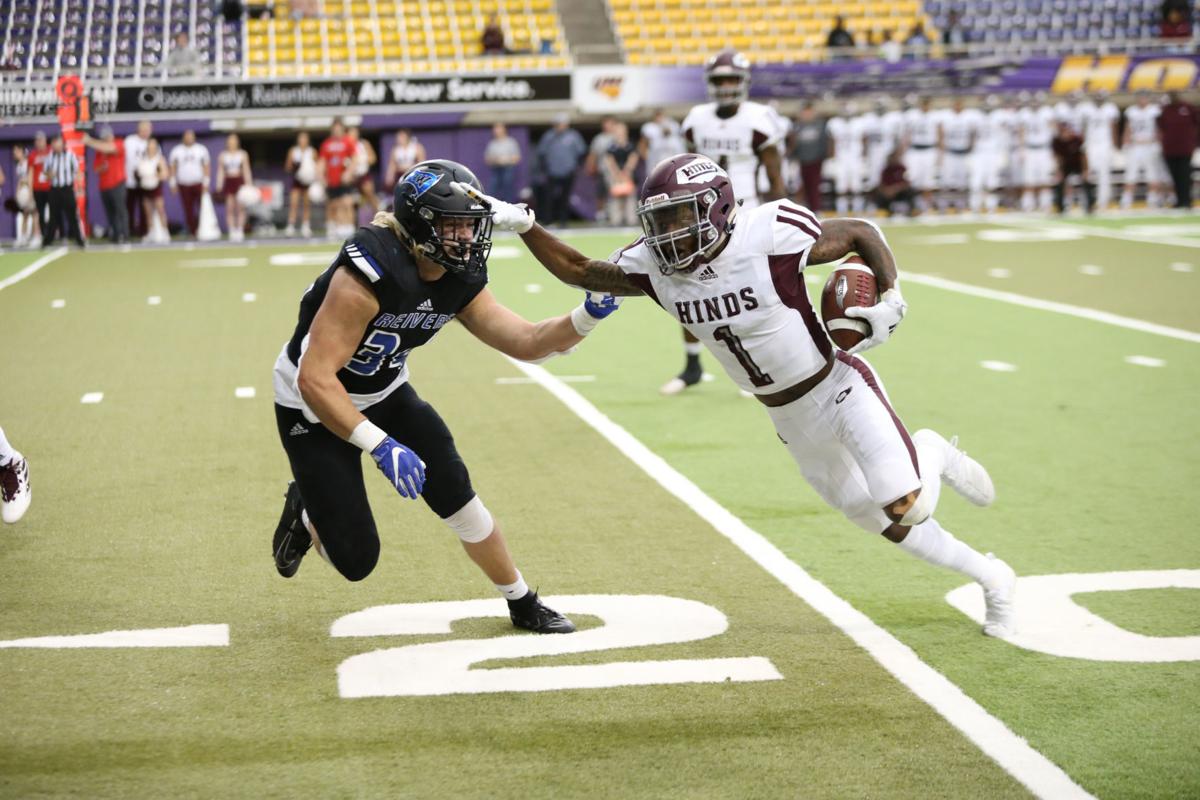 Coach Scott Strohmeier gets a mini Gatorade shower after the Reiver win.

The win was the Reivers’ eighth in a row, and they close the season at 9-3 while Hinds finishes at 7-3.

“Every bowl game I’ve ever been a part of, there’s always been one person that nobody really expects to step up, and that was Sheldon Cage today,” Iowa Western coach Scott Strohmeier said. “For him to go 27 for 150-something, I’m proud of him.

“He didn’t make the squad right away. He still practiced. He was on the scout team. He worked his tail off. He never complained, and then the last however many weeks, he’s had some opportunities. He played extremely well today.”

Reiver quarterback Braydon Aker completed 15 of 28 passes for 189 yards, a touchdown and two interceptions, both returned for touchdowns.

On the other side of the ball, IWCC’s defense was once again on point, allowing only seven points on the day, a 13-yard run from Hinds’ Joe’Vontae Shorter. Isaiah Coe, Dominic Quewon and Devin Drew each tallied a sack for the Reivers, and Marcus Haskins had an interception.

“We’re playing as good defensively as anyone in the country,” Strohmeier said. “There’s not really an offense that would scare me or our kids. It starts up front. We have eight guys that can play at a high level, and I really thought coming into it that they were going to be the key. Our athleticism, I thought, was going to give us an edge, and it did. When you can win up front, you’re in good shape.”

IWCC next went up by 14 points following a pair of third-quarter touchdowns. Marcell Barbee found pay dirt on a 31-yard strike from Aker before a one-yard score from ZaQuandre White put the Reivers up 20-6.

An Artavious Washington interception return brought Hinds within 27-19 after a failed extra point with 6:20 remaining.

The Reivers secured the outcome after Cage scored again from four yards out with 1:34 left on the clock.

IWCC posed for pictures as a team after the contest. Sunday’s win was a moment to remember for not only the result but also the work that went into getting there.

“I’m extremely proud of this group,” Strohmeier said. “Everybody thought the wheels were falling off when you’re sitting there at 1-3. This is a group of guys that continued to buy in, played together and had a bunch of fun playing.

“It’s amazing how good things can happen. We could’ve been 1-10 very easily, and some changes had to be made and some kids had to step up. These kids continued to strive to be great, and here they’re sitting at No. 4 in the country.”