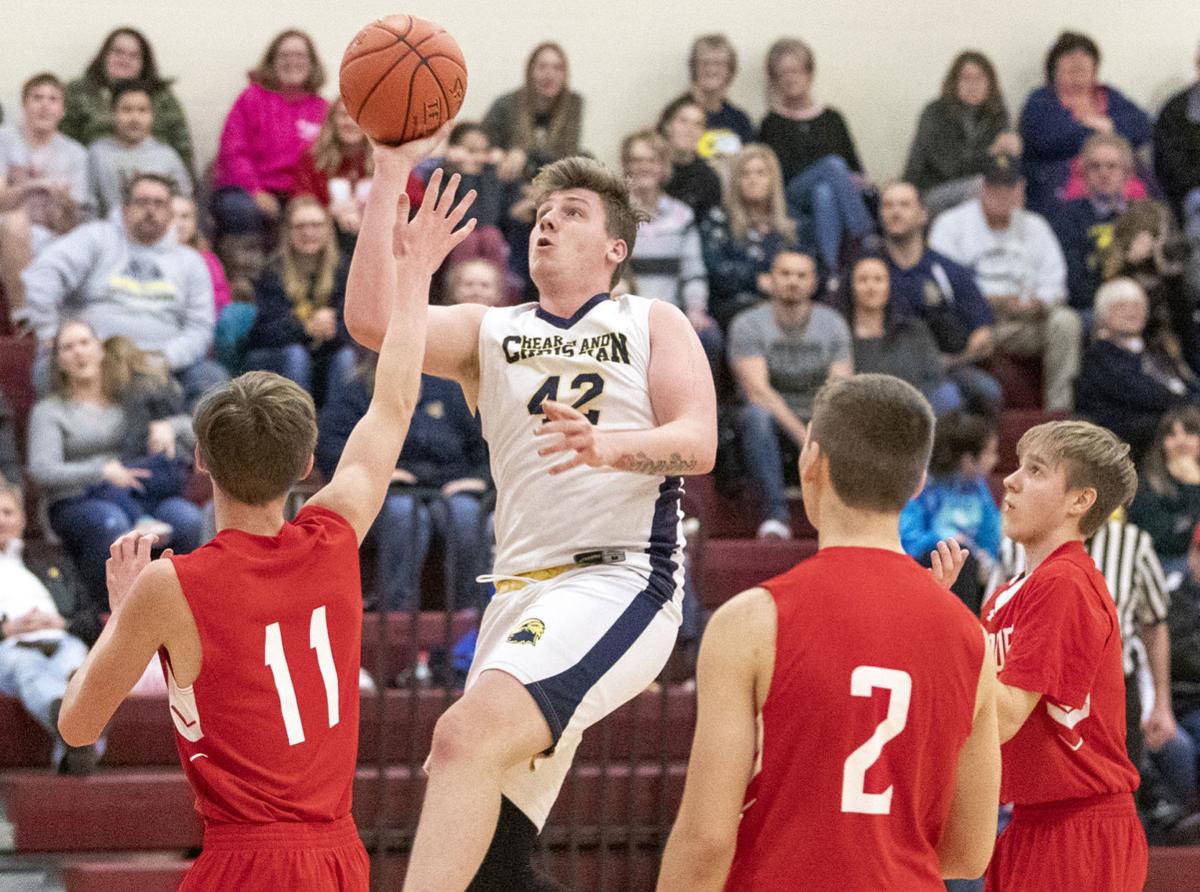 Heartland Christian’s Syles Jordan (42) takes a shot during the first quarter on Saturday. 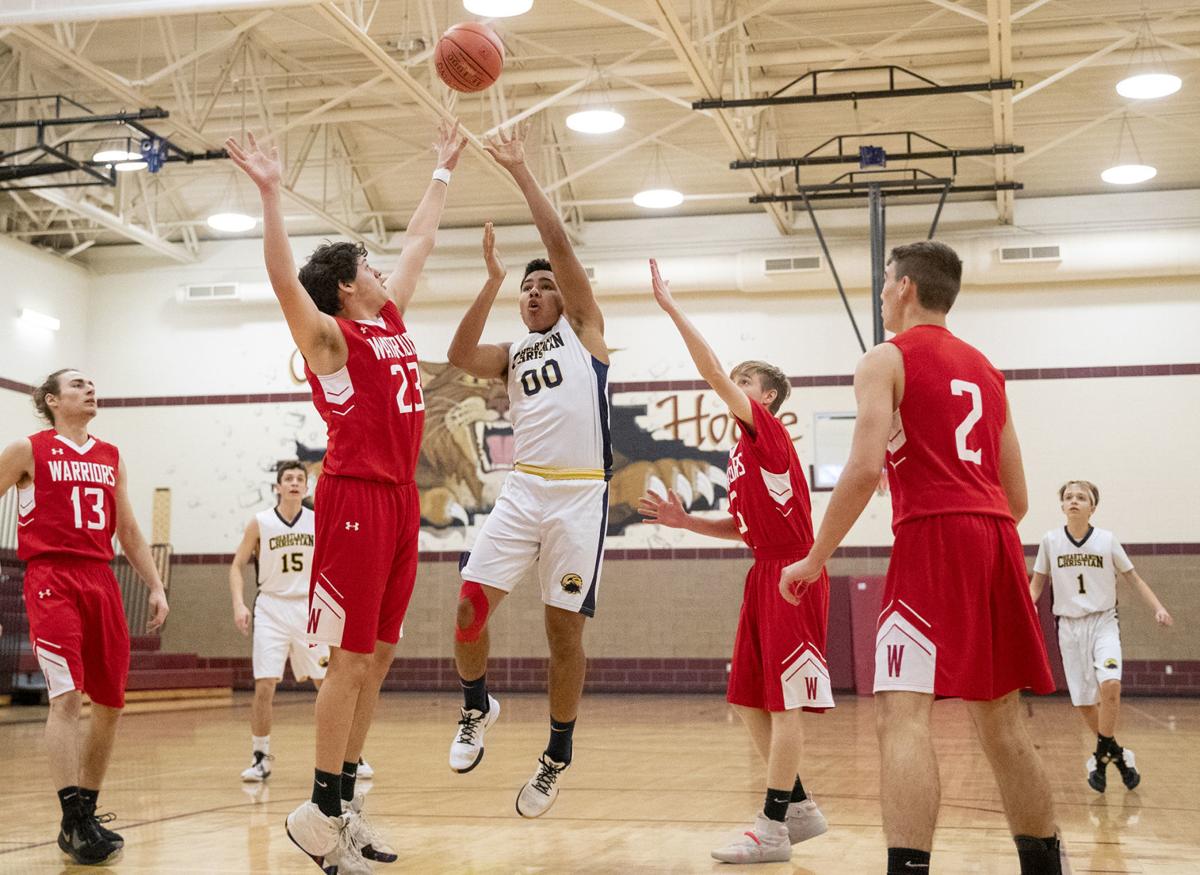 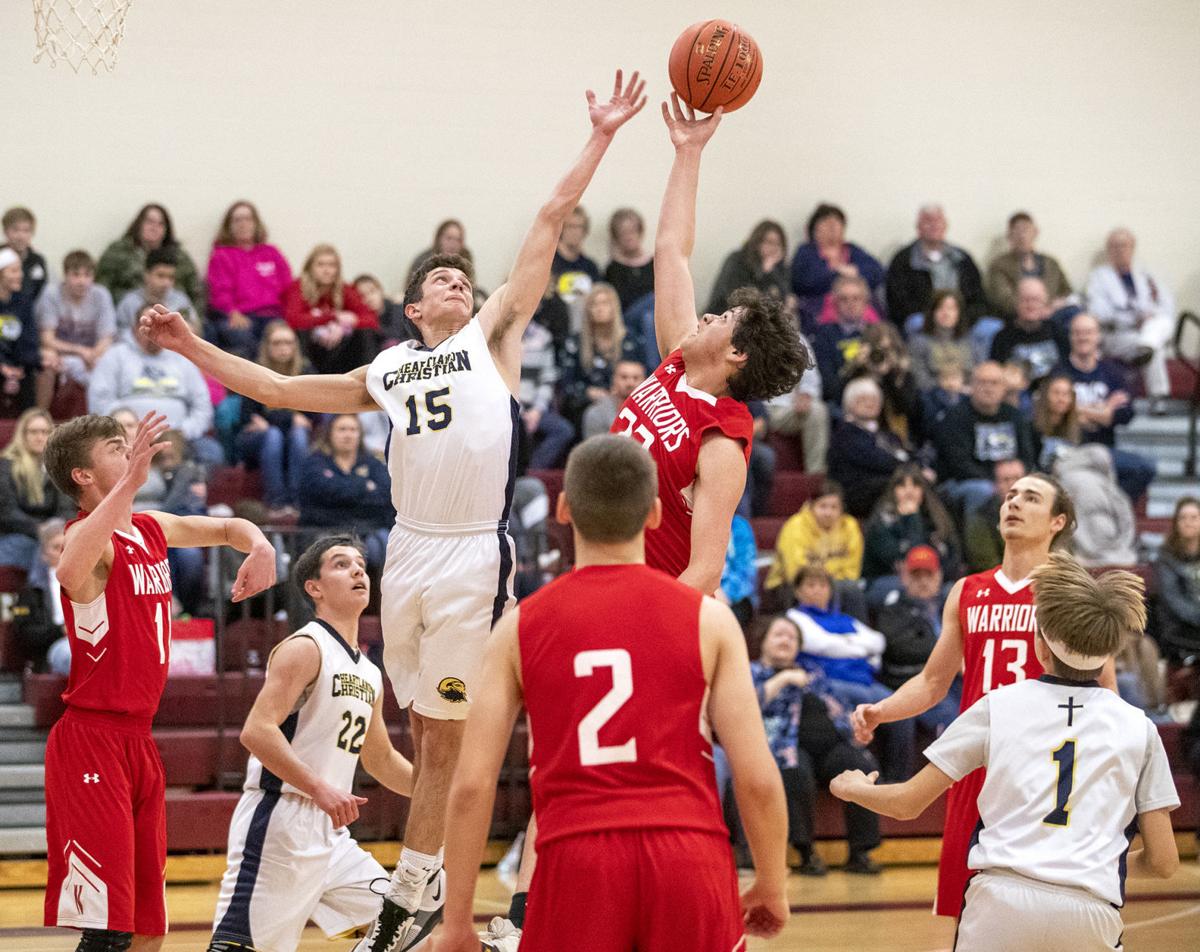 Heartland Christian's Sean Atchley (15) and Whiting's Casey Sprock (23) compete for a rebound during the first quarter on Saturday, Jan. 4, 2020. 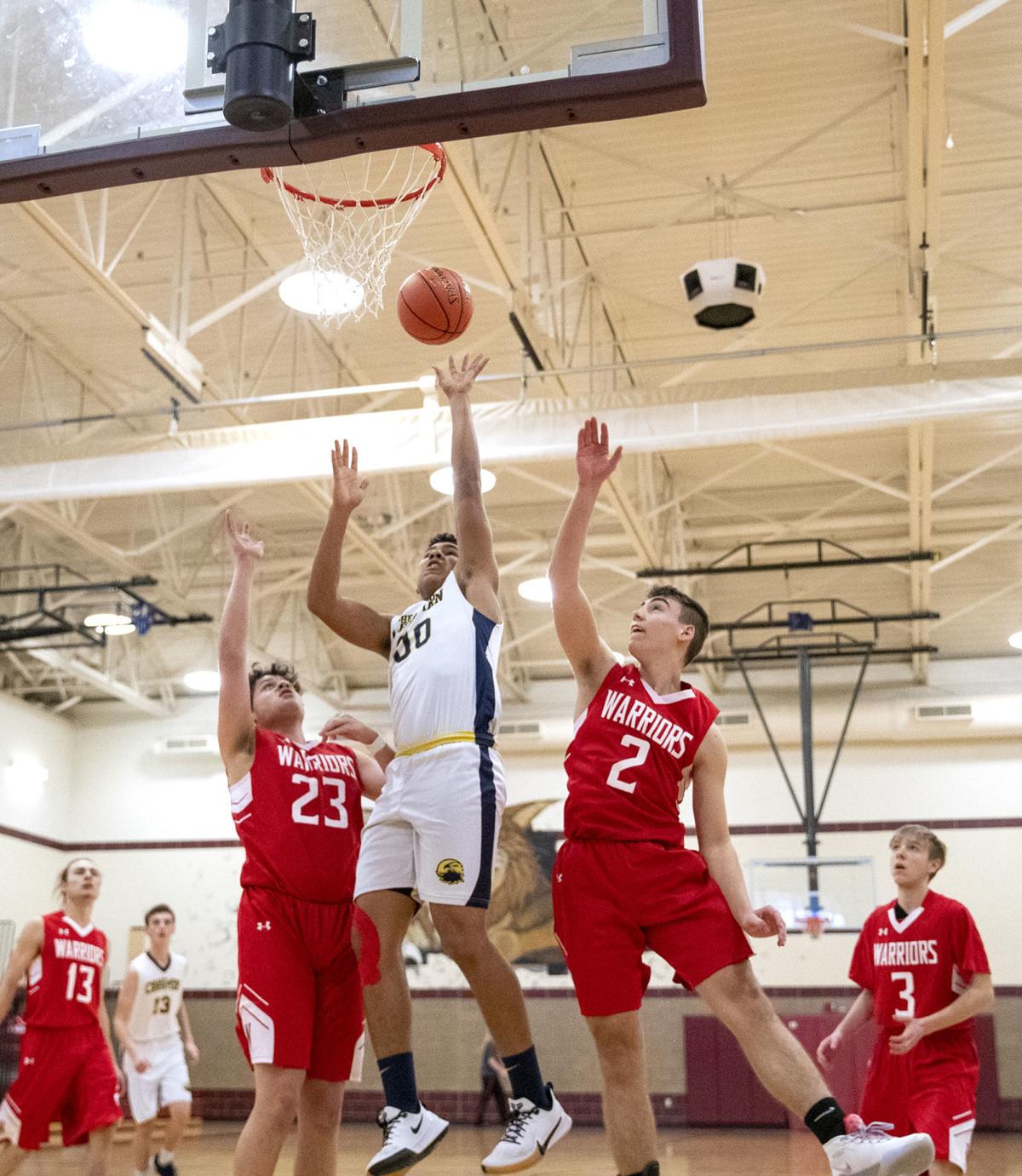 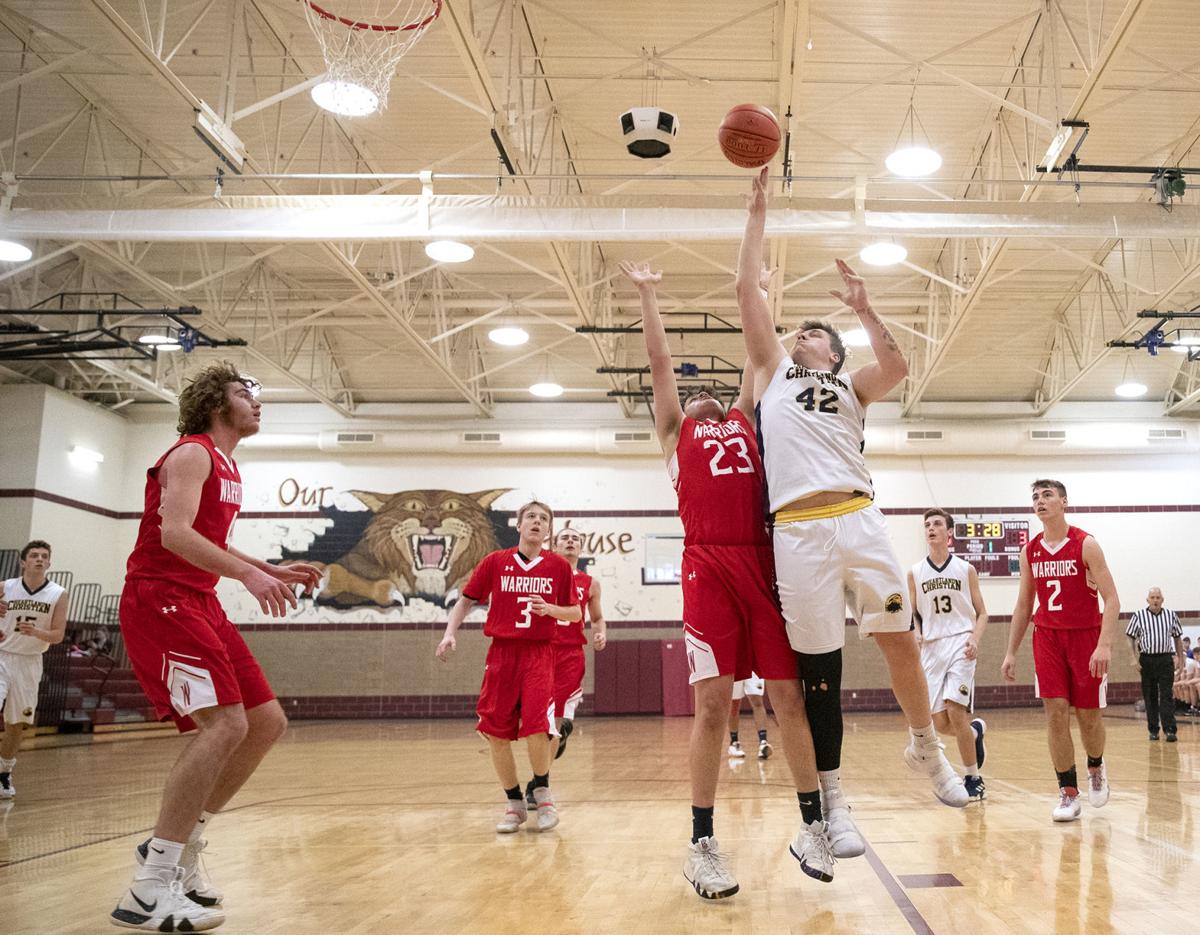 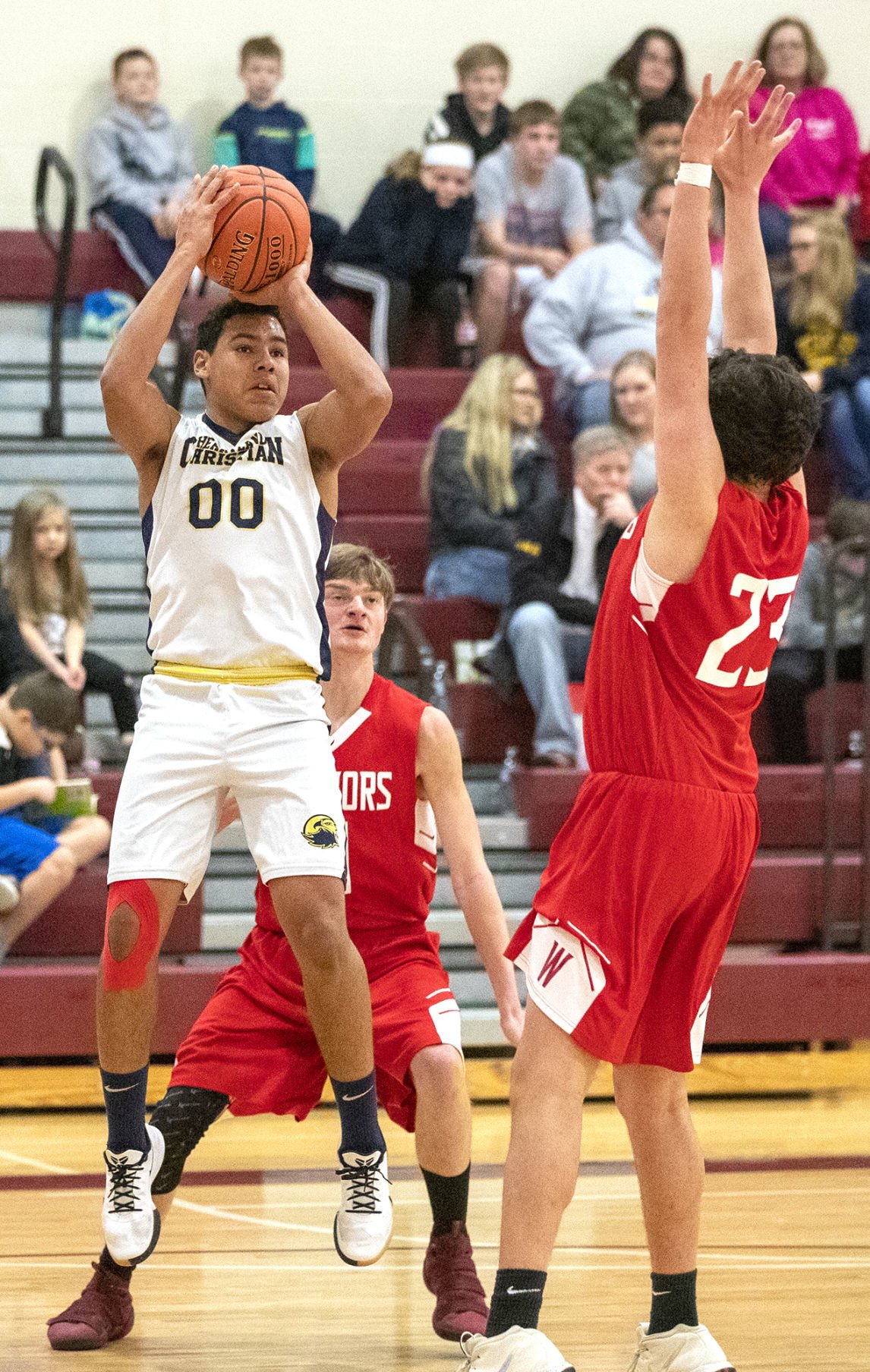 Heartland Christian’s Syles Jordan (42) takes a shot during the first quarter on Saturday.

Heartland Christian's Sean Atchley (15) and Whiting's Casey Sprock (23) compete for a rebound during the first quarter on Saturday, Jan. 4, 2020.

Only up by two points after the first half, Heartland Christian turned on the press in the second half to pull away from Whiting, 73-51.

The Eagles outscored Whiting 19-10 in the third quarter and scored 18 in the fourth, improving their record to 4-4 overall, and 2-1 in the Frontier Conference.

Having not played since Dec. 21st, the Eagles got off to a slow start, but got the train rolling early and often in the second half.

“We came out really flat to get started, but I think the press in the second half really lit us up,” Heartland Christian coach Larry Gray said. “To finish this thing at 73, it’s all in the hustle and press. We’ve worked hard on it over the break, and it worked well.”

“DJ is by far the best athlete we have in school,” Gray said. “With him, sometimes he gets lost in the offense, but when the press lights up like it did, it frees him up a bit.

“Syles is a big guy; he’s a horse for us. Trying to get him back in shape, he’s by far the biggest guy for us. When those two are lighting it up, it helps open it up for Sean Atchley hitting some big 3s.”

Off to one of its better starts in school history, what is the goal or expectations the rest of the way?

“We want a winning season, that’s only happened I do believe only two times in the history of our school,” Gray said. “We’d like to get one of those middle seeds, and see if we can go into the second or third round of the conference tournament.”

With “two winnable games,” according to Gray, coming up, a winning season is in reach for Heartland Christian. The Eagles travel to Omaha Christian Jan. 7 and Griswold Jan. 13. HC will get conference favorite Brownell-Talbot at home on Feb. 4.

“We’ve now beaten Whiting twice and lost to Parkview,” Gray said. “Having them in the second part of the season is going to tell us a lot. Parkview and Brownell-Talbot I think is top in our conference.”

Whiting senior Casey Sprock led the offense for the Warriors with 22 points. Damien Berman hit connected on four 3-pointers and finished with 14 points.

“I think if we can execute the press and not get in foul trouble, I think we can play with anyone in the conference,” Gray said.