Wind Advisory from 7PM CDT SAT until 12AM CDT SUN 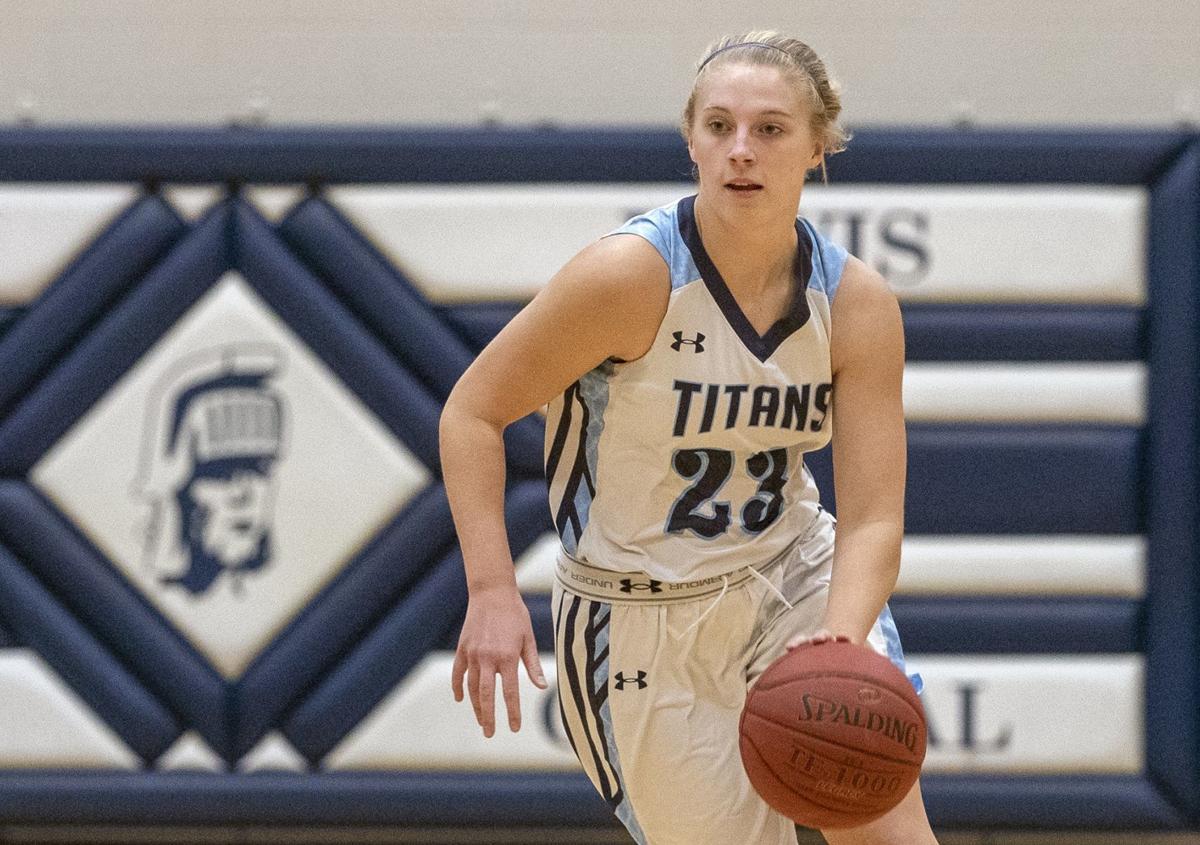 Lewis Central’s Megan Witte brings the ball upcourt during a game on Dec. 3, 2019. 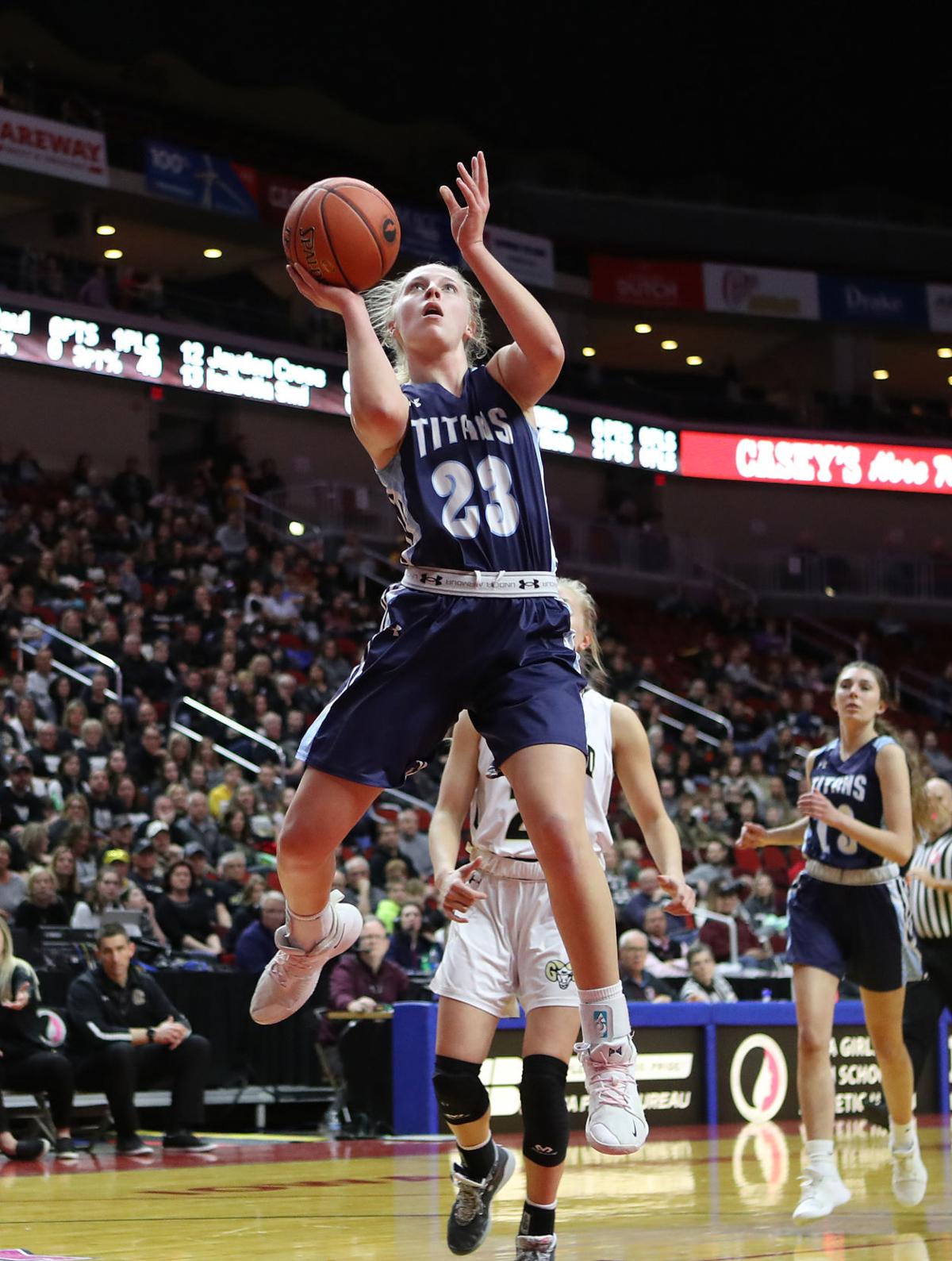 Lewis Central’s Megan Witte elevates toward the hoop against Glenwood in the first quarter of their Class 4-A girls state basketball tournament semifinal game on March 5 at Wells Fargo Arena in Des Moines.

Lewis Central’s Megan Witte brings the ball upcourt during a game on Dec. 3, 2019.

Lewis Central’s Megan Witte elevates toward the hoop against Glenwood in the first quarter of their Class 4-A girls state basketball tournament semifinal game on March 5 at Wells Fargo Arena in Des Moines.

Megan Witte was born into it, growing up in what she called “a basketball family.”

Her career started playing for her father in YMCA leagues, over the years blossoming into a talented multi-sport athlete.

So when the University of Northern Iowa volleyball signee finally came to the realization that her prep hoops career was over, it was a bit surreal.

“The first couple days after the state tournament just felt weird. It didn’t feel like it was over,” she said. “It finally hit me a couple days ago. I was lying in my bed at 1 in the morning going through pictures and videos, so I texted a bunch of the girls and was like, ‘guys, I can’t believe we did that.’”

What they did was make history.

Lewis Central notched its first state tourney win since 1965 with 47-46 overtime triumph over Ballard, followed by a 62-51 semifinal win over Glenwood, earning the Titans their first state championship appearance in program history.

Although the Titans fell to undefeated North Scott in the 4-A title game, Witte cherishes the memories made.

“I think it’s going to be the people that I miss most. Obviously, I love the sport, but it’s not near as much fun unless you’re playing with people that you love,” she said. “I’ve made a lot of great relationships through high school basketball that I’ll never forget.

The 6-foot-1 senior caps her high school career by becoming a two-time winner of The Daily Nonpareil’s City Player of the Year in both volleyball and now basketball.

Last year, Witte became only the fifth girl to win both of those honors in the same school year in 32 years, and has now done it twice.

As the focal point of opposing defenses for the past two seasons, Witte has proven to be more than just a scorer.

“Megan is one of those players who doesn’t have to score to have an impact on the game. She learned very quickly that on nights they were going to double team her or throw three people at her, to defer to her teammates and get them the ball in the right places,” Lewis Central head coach Derek Archer said. “She’s one of those unique players that can do pretty much everything to impact the game. She’s led us in scoring the last two years, but there’s also a reason she’s led us in assists the last two years. She’s willing to get other players involved when it’s clear that the other team is trying to take her scoring out of the equation.”

Witte’s unselfishness and trust in her teammates was a common theme when reflecting on her prep basketball career.

“It was just fun to be on this team and I owe a lot of it to the other girls. Even though not everyone played, they still had a huge role and made it fun for the seniors. I love everybody on that team. They’re all a part of my journey and I can’t thank them enough.”

Witte’s journey now shifts to UNI volleyball, but with no school due to COVID-19, Witte is preparing as best as she can.

“I can’t really touch a volleyball because I can’t get to a gym right now, but I’ve had (UNI) send me workouts that their players are doing right now while they’re stuck at home. It’s like a quarantine workout and there are pages of stuff,” she said with a laugh.

Archer can attest first-hand as to Witte’s skills and athleticism translating to the next level, even if it’s not on the basketball court.

“As an athlete, I haven’t seen many people that even compare to her over the last 10 years or so,” he said. “She is just so naturally gifted as an athlete that it doesn’t really matter what (sport) she steps into, she’s going to be one of the best athletes on the floor, if not the best.”

And now, as her next chapter nears, Witte can look back on her Lewis Central career with no regrets.

“It was unbelievable,” she said. “I started this journey with some of my friends way back in middle school. It’s just a great group of girls and we’re all super competitive. To be able to finish it out with the same people my senior year in the state championship was great. I couldn’t ask for it to be any other way.”