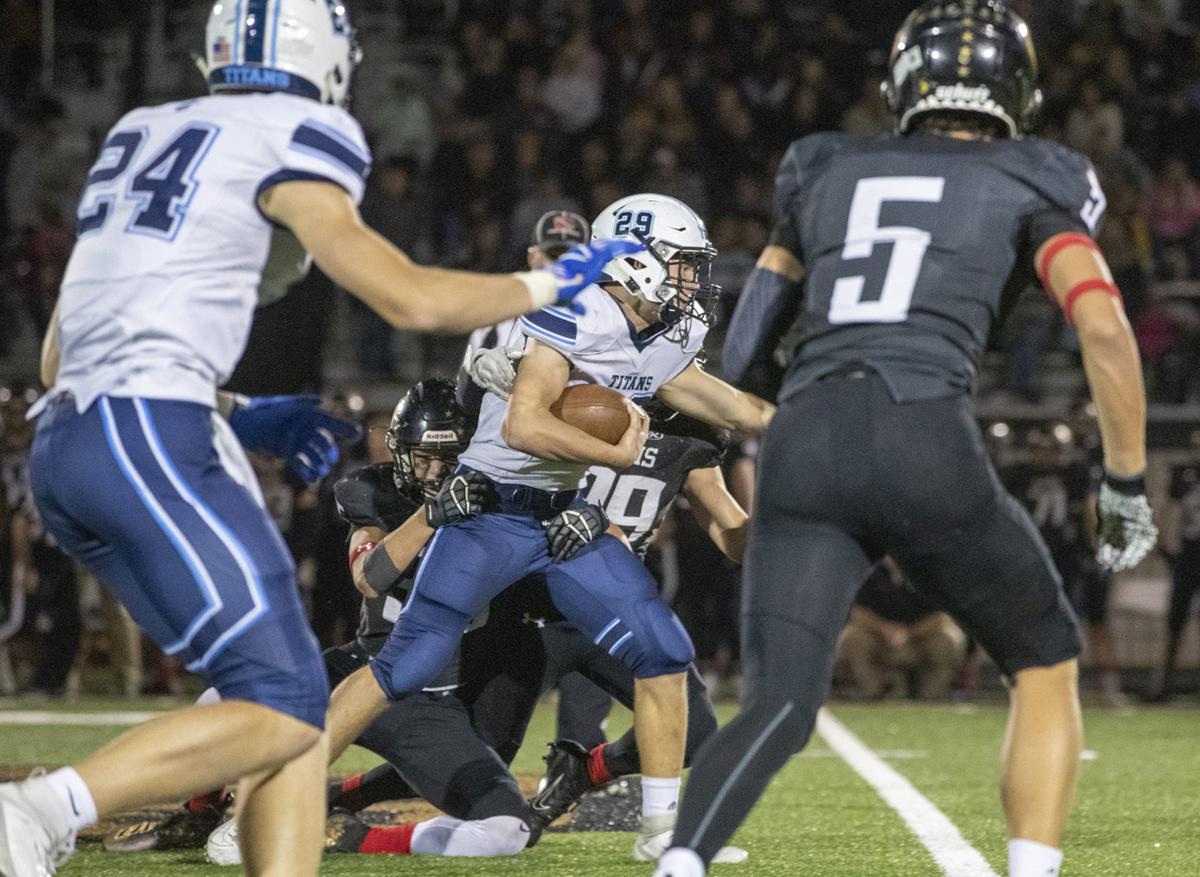 Lewis Central's Logan Katzer (29) fights a tackle by Glenwood's Brock Smith, at left, during a run in the third quarter on Friday, Oct. 18, 2019. 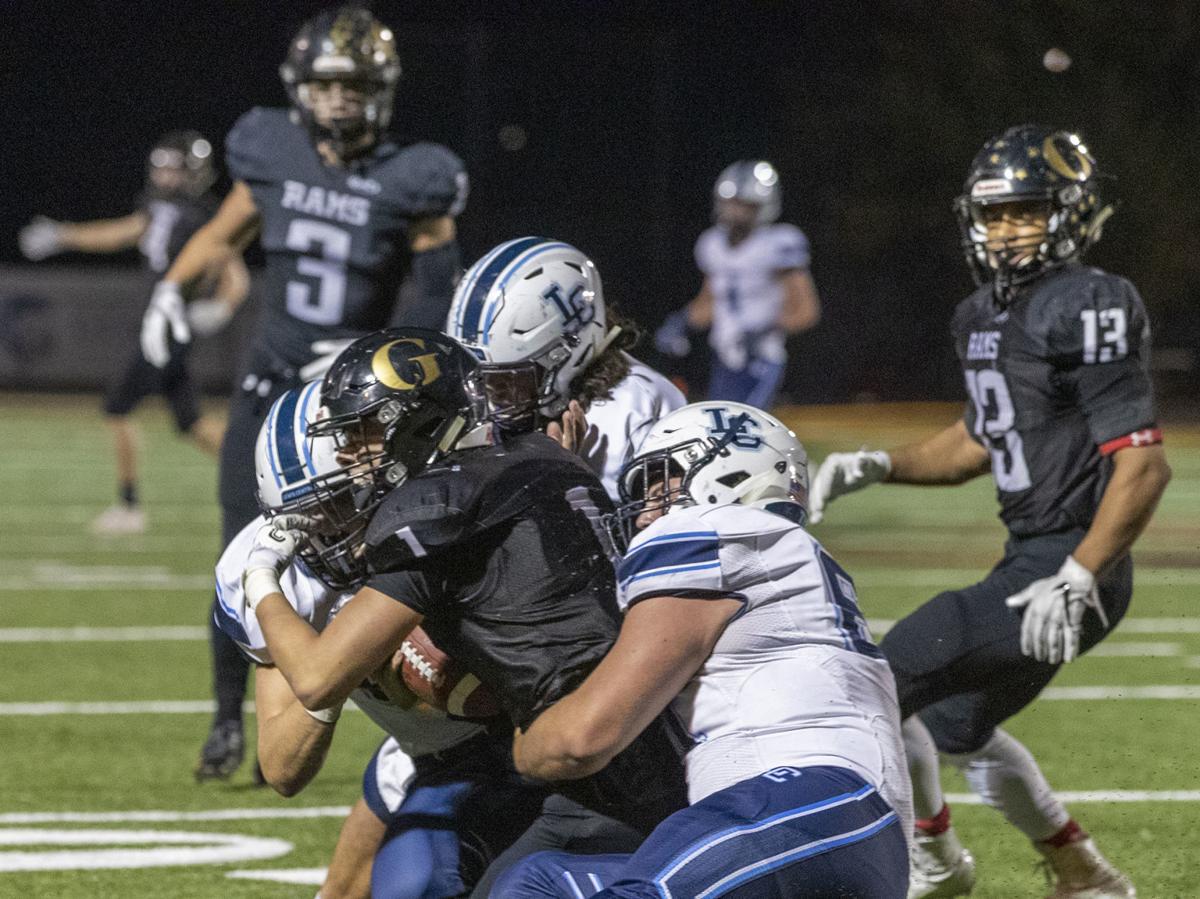 Glenwood quarterback Zach Carr (1) is brought down by a trio of Titan tacklers during the third quarter on Friday. 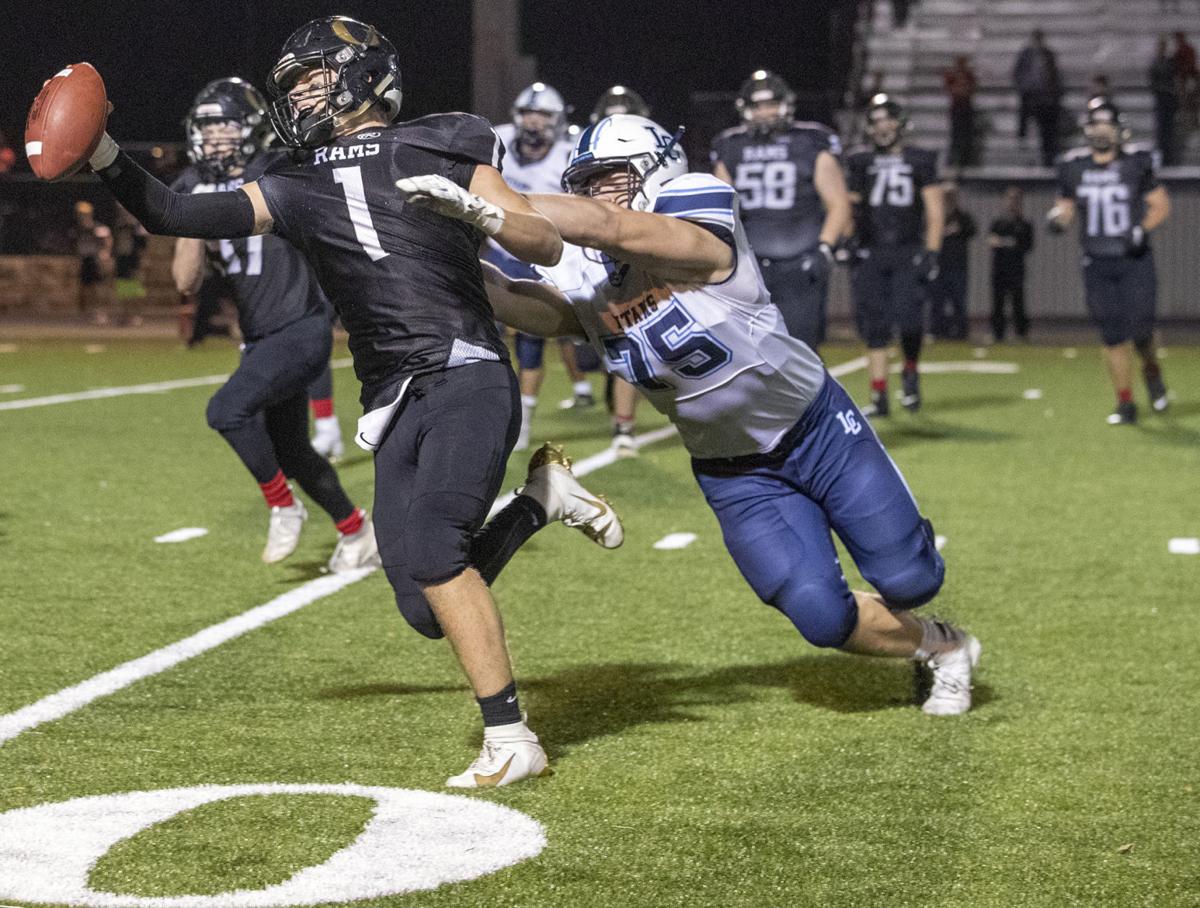 Glenwood quarterback Zach Carr (1) extends the ball, looking for a first down, as Lewis Central’s Logan Jones (75) drags him down during the third quarter on Friday, Oct. 18, 2019. 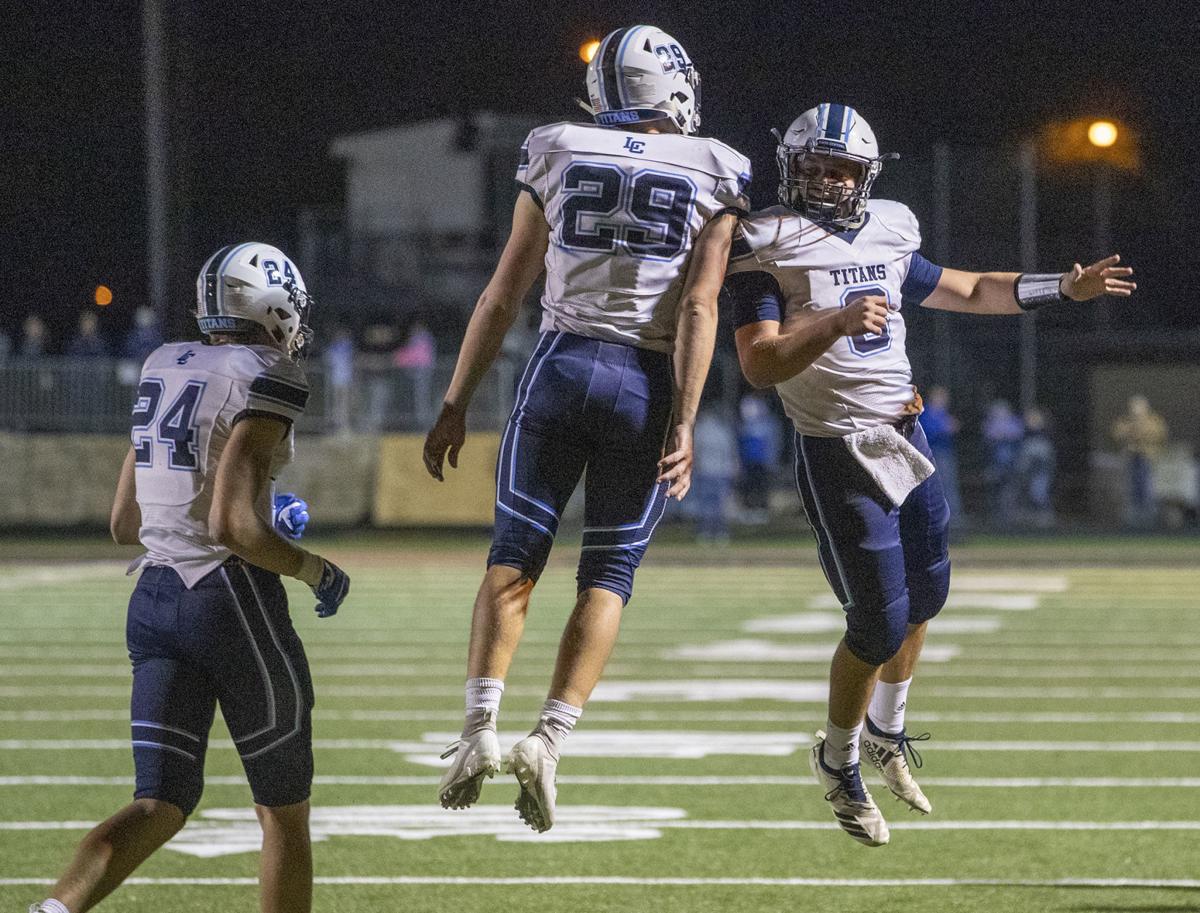 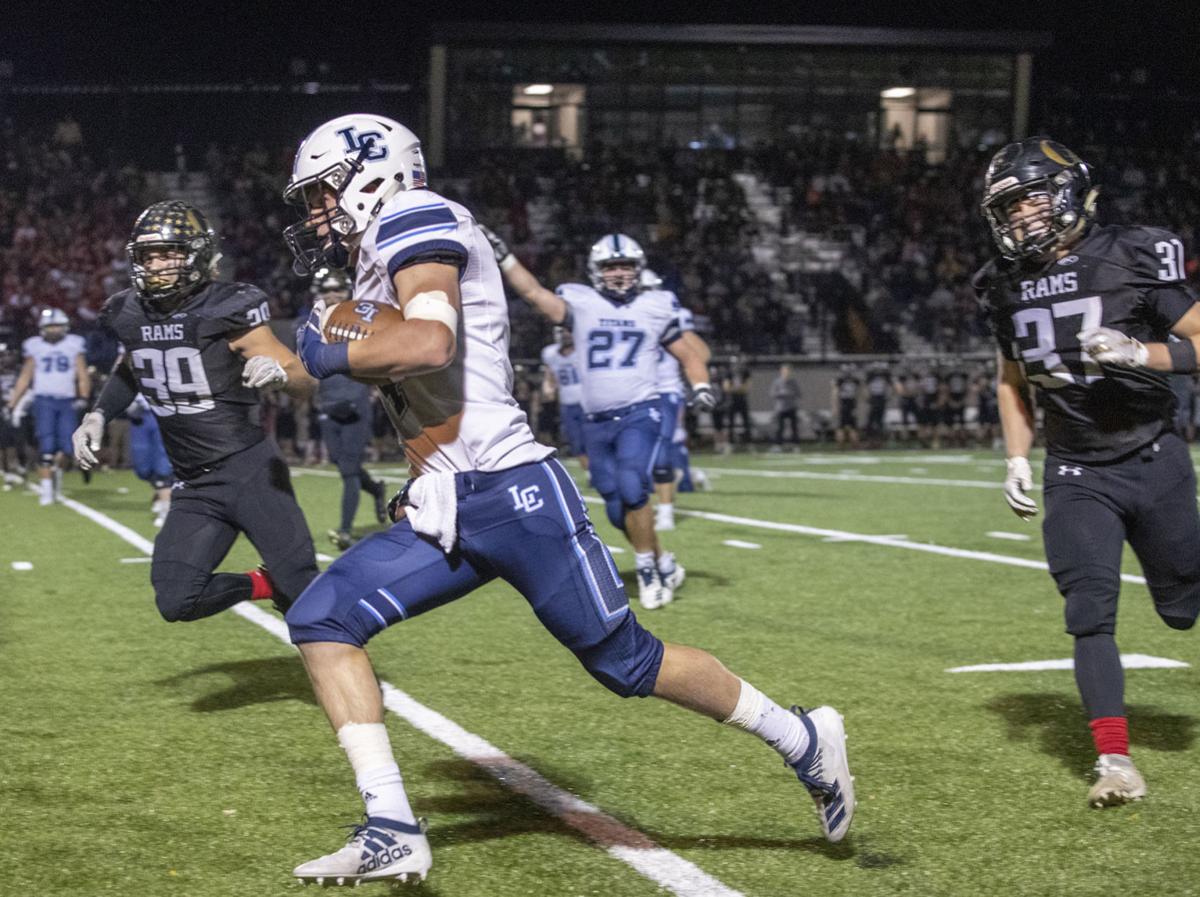 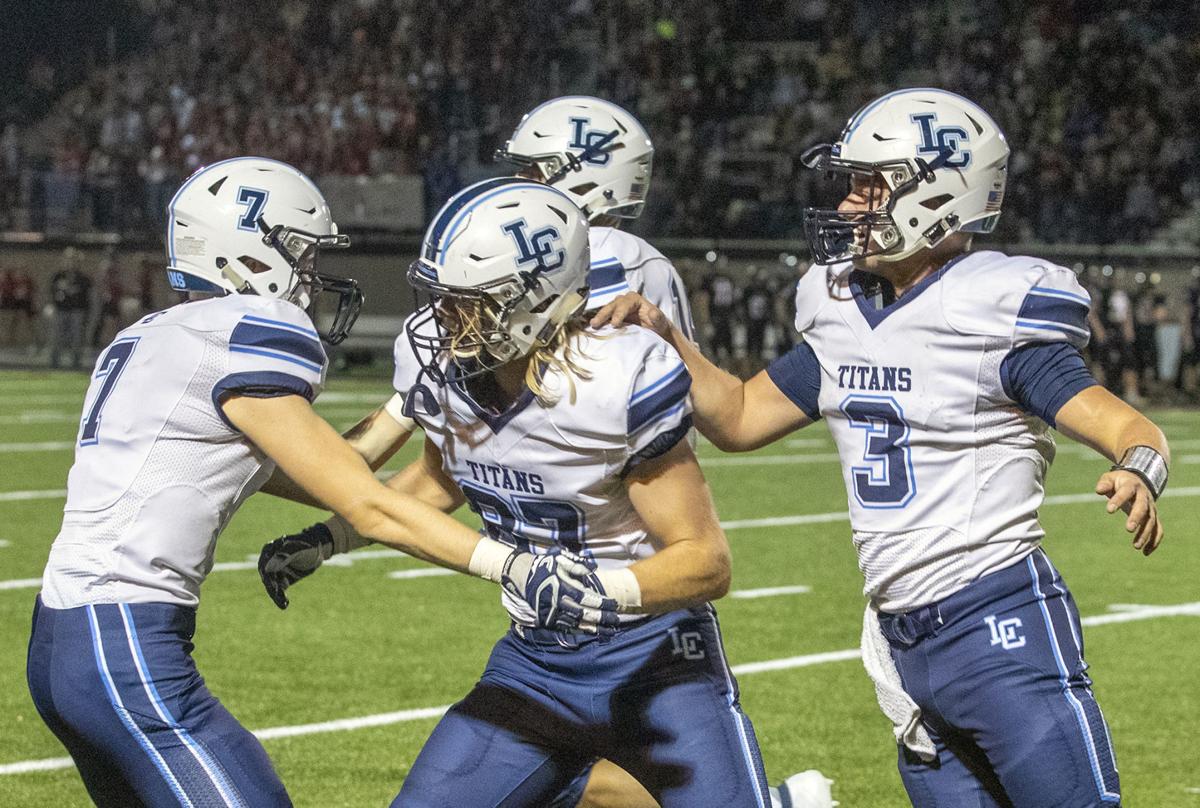 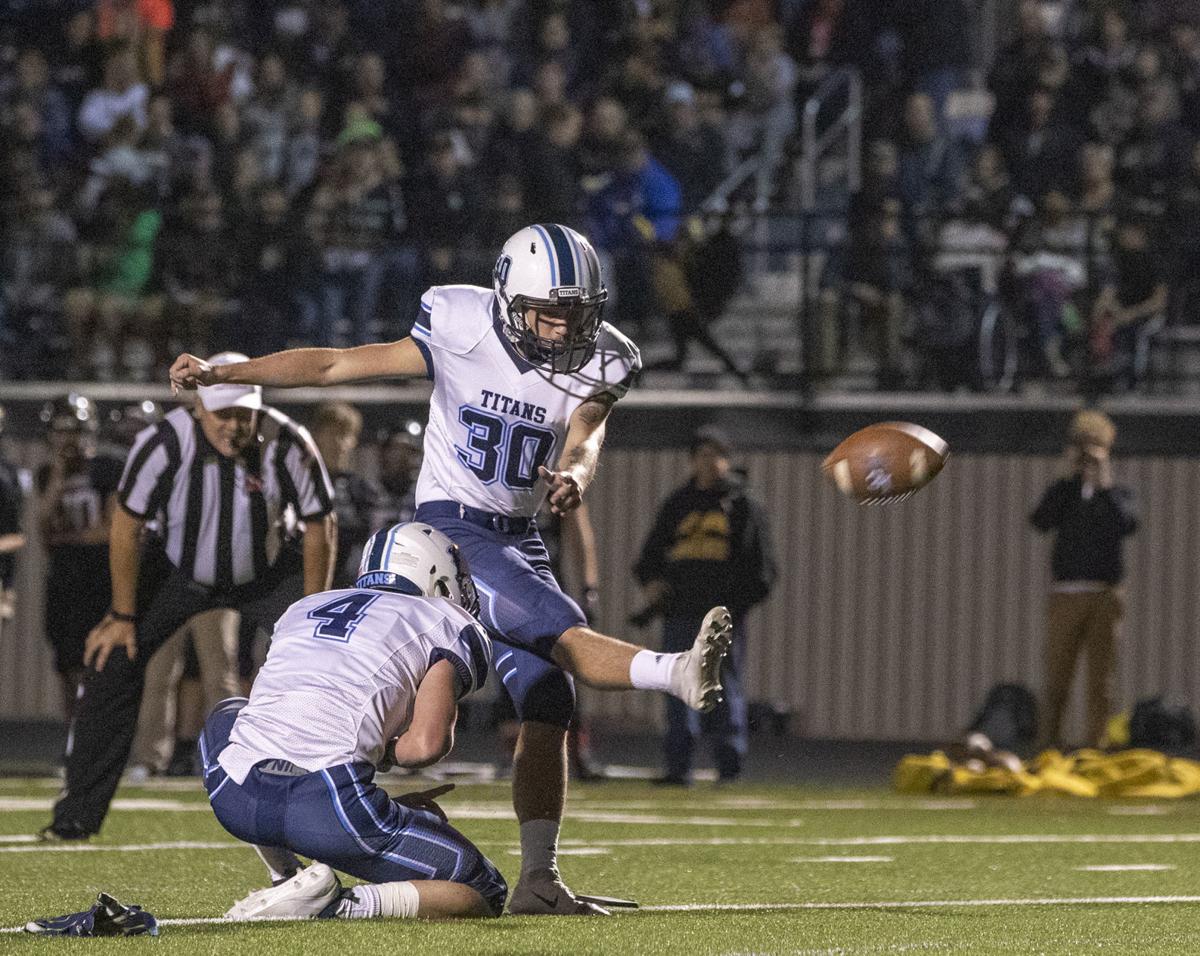 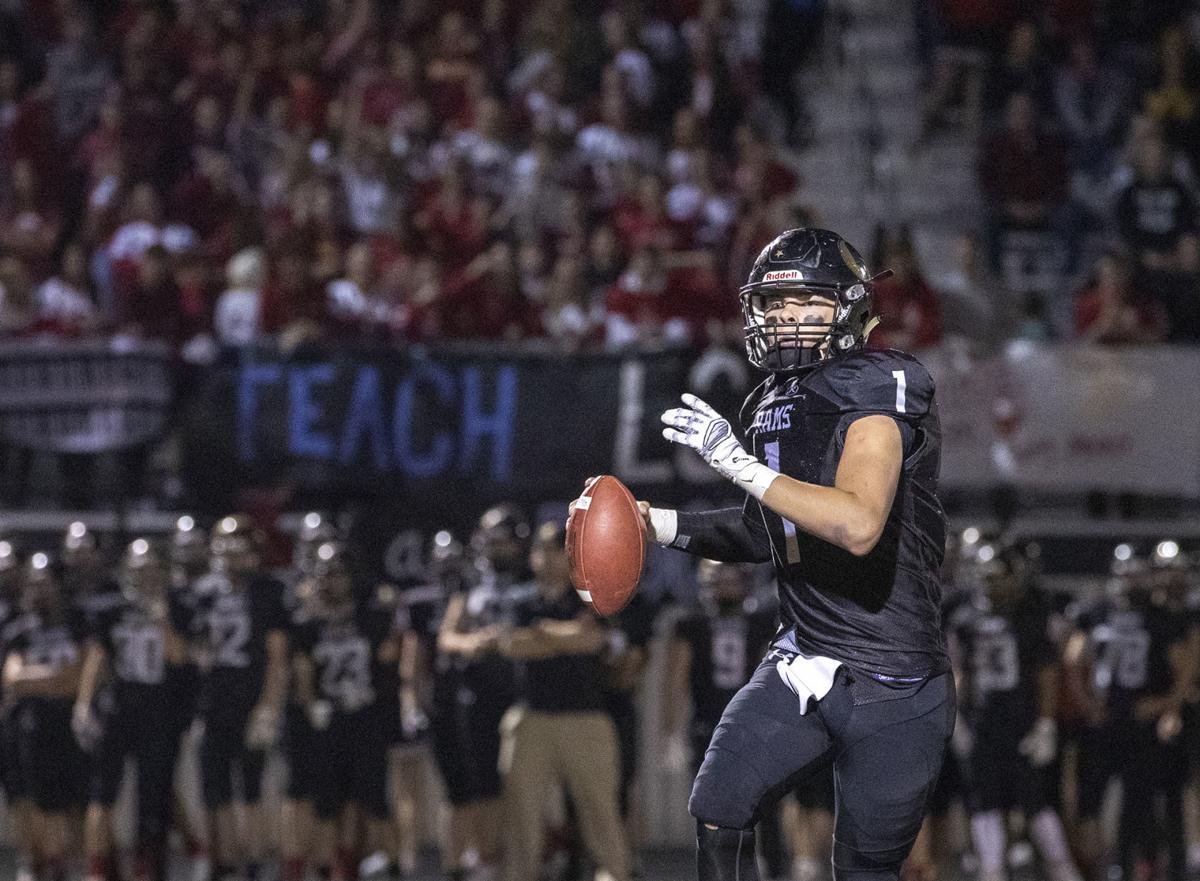 Lewis Central's Logan Katzer (29) fights a tackle by Glenwood's Brock Smith, at left, during a run in the third quarter on Friday, Oct. 18, 2019.

Glenwood quarterback Zach Carr (1) is brought down by a trio of Titan tacklers during the third quarter on Friday.

Glenwood quarterback Zach Carr (1) extends the ball, looking for a first down, as Lewis Central’s Logan Jones (75) drags him down during the third quarter on Friday, Oct. 18, 2019.

Lewis Central has relied on its defense all season long. The Titans had given up an average of just 7.6 points per game coming into Friday night’s matchup at Class 3-A District 9 leading Glenwood. And with 3:55 left in the third quarter, the defense made a play to ignite the Titans.

Senior linebacker Colbey Roth scooped up a misplayed snap at the 12-yard-line and sprinted to the endzone to break a 0-0 tie.

“We’ve hung our hat all year on our defense to keep us in ball games, and help us win some games,” Lewis Central coach Justin Kammrad said.

The Titan defense forced a quick three-and-out on the ensuing Glenwood possession and then marched 68 yards on 13 plays, taking 6:37 off the clock to take a 13-0 lead on a Logan Katzer 3-yard touchdown run. Katzer was in the lineup because the Titans leading rusher Brady Miller was out injured.

“We’ve talked all year about how we have multiple guys at running back. We were without our No. 1 tonight, so we went with our No. 2 and our No. 3, and both of them performed well,” Kammrad said.

The Katzer score with 8:10 left had the feeling of a death knell considering the play of the Titan defense. But Glenwood had other ideas.

The Ram offense had struggled to find any consistency through the first three-and-a-half quarters, but senior quarterback Zach Carr started finding receivers and moving the ball.

Immediately after falling behind 13-0, the Rams went on an 84-yard drive on eight plays. Many of those yards were on Carr’s legs and his right arm. After a drop on the first play of the drive, Carr ran for 16 yards and 14 yards on consecutive plays. The drive culminated with Carr completing four consecutive passes. The final completion was a 25-yard touchdown strike to Ryan Blum.

“Our guys, I thought they showed a lot of resilience and fight,” Glenwood coach Cory Faust said.

The Rams added the extra point and trailed 13-7, but there was just 5:36 left in the game, and Lewis Central had started to impose its will with the running game.

As the Titans took over at their 20-yard-line, coach Kammrad had a simple plan.

“We just said, hey, we’re going to be in our five-minute offense and we are going to milk it,” he said.

But, again, the Rams weren’t giving in. On the second play from scrimmage, Katzer coughed it up and Glenwood’s Sully Woods recovered the fumble on the Lewis Central 10.

“It’s just one of those things. You get loose with the ball, and you get sloppy, things like that happen,” Kammrad said.

It was a tough 10 yards to gain for Glenwood, but senior Cole Mayberry pushed the ball across the endzone from inside the one. The extra point gave the Rams the lead, 14-13, with 2:56 left.

After a stunning reversal of fortune, Faust believed his team had completed the comeback.

“I felt like we were going to win the game,” he said.

Trailing for the first time all night, Lewis Central took over at its 20-yard-line. Quarterback Bret Kobes took the first carry eight yards to set up second and two.

“We were just looking at the mindset, move the chains and keep the clock stopped as much as we can,” Kammrad said. “The first play got us about eight yards, so we thought, let’s just run the ball and get the first down.”

On the 2nd down play, the Titans sent trips receivers to the right. Bryson Bowman, who hadn’t played much in the second half after picking up 68 yards in the first half, was in the backfield.

“I had a good first half, the 2nd half I wasn’t showing up,” Bowman said.

Bowman took the handoff off the left side of the offensive line, got away from the safety, and sprinted 72 yards for the go-head score.

“We had three receivers to the right, and they thought we were going deep. They didn’t see a running back coming at all, and the only guy there was the safety,” Bowman said.

“Fortunately, he was able to outrun guys,” Kammrad said.

Glenwood threatened in the last seconds, but a final pass fell incomplete in the endzone as time expired.

“We knew where we were at, standings wise. I told the kids this is going to be a playoff game. This is your first playoff game, if you get one,” Kammrad said. “Your back’s against the wall. We told our kids, we want to be a district champ, we want to host at home, and we want to get back to Titan Stadium.

Glenwood, Lewis Central, and Harlan are now tied with 3-1 district marks. Coach Faust knows his team still has a lot to play for.

“I’m really proud of our guys. There’s no group I’d rather have in my locker room. That’s a really good Lewis Central team,” he said. “My philosophy is just play nine one-game seasons. Every game all year is like for a state championship. If you play them that way, in the end that’ll give you the best chance of achieving everything you want.”

Glenwood will host Creston for its regular season finale next week.