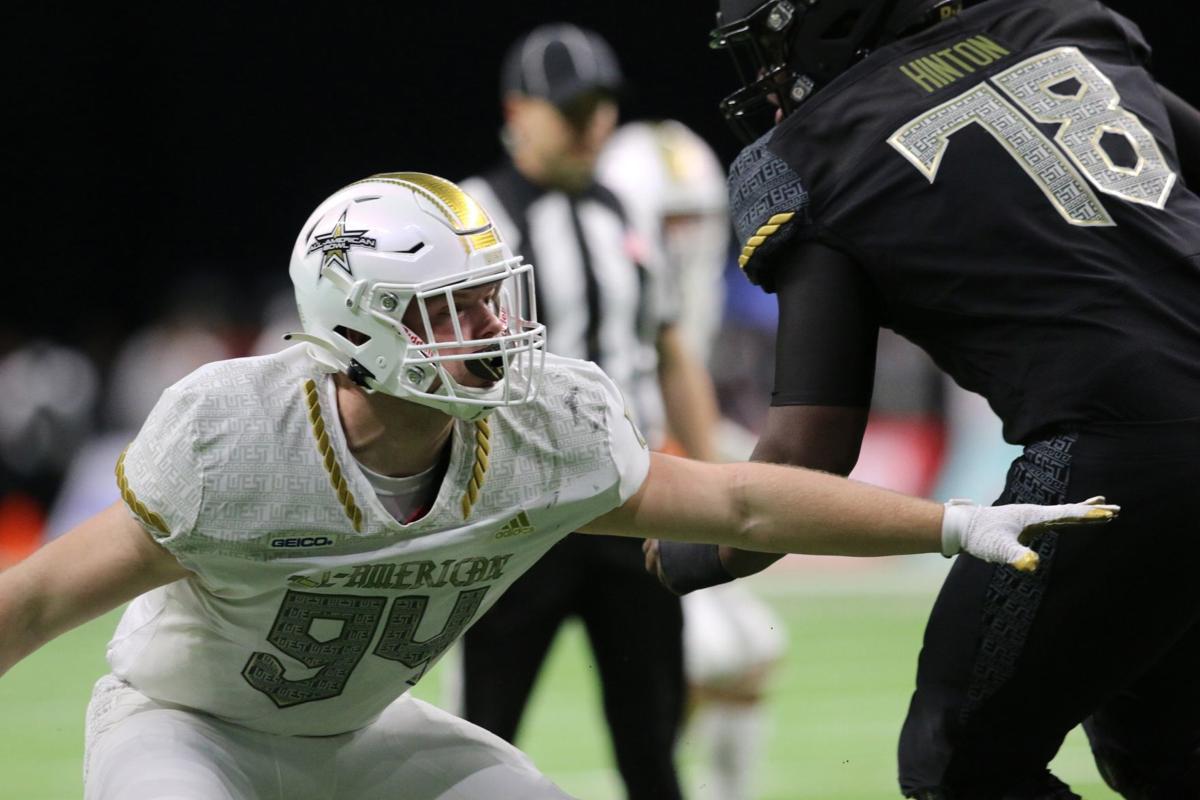 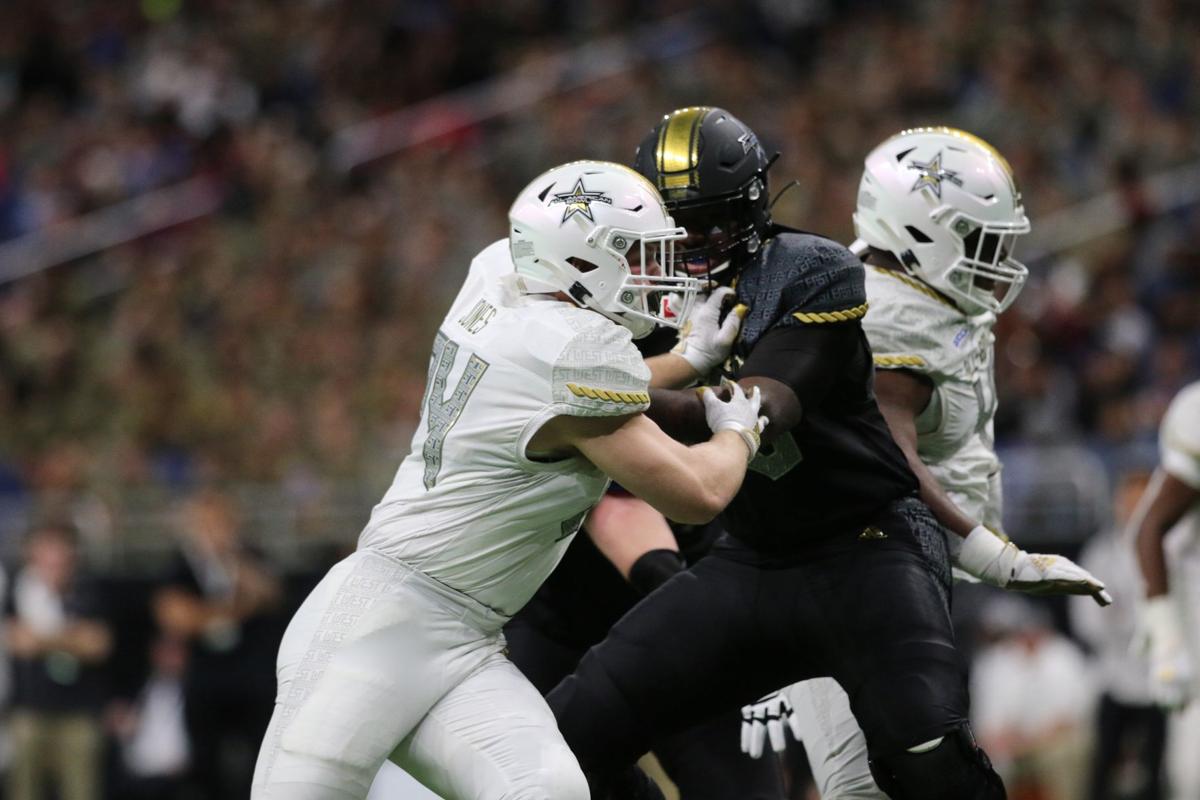 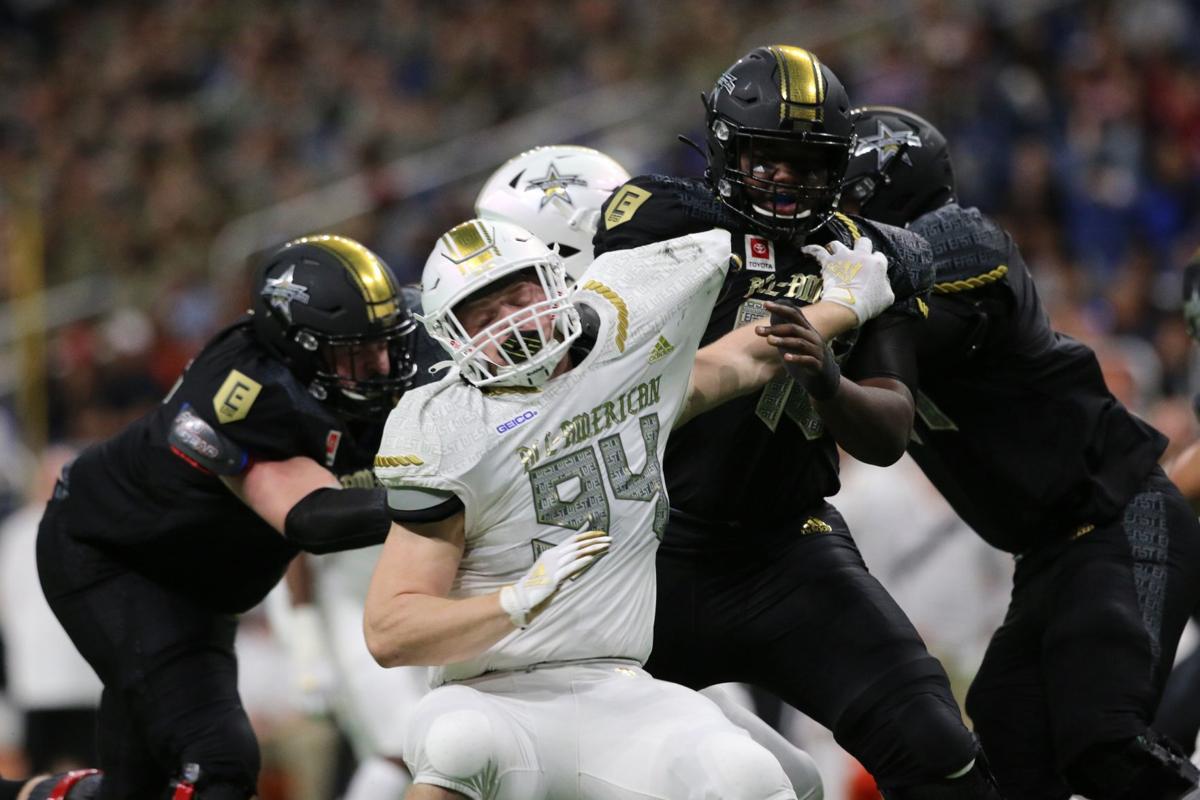 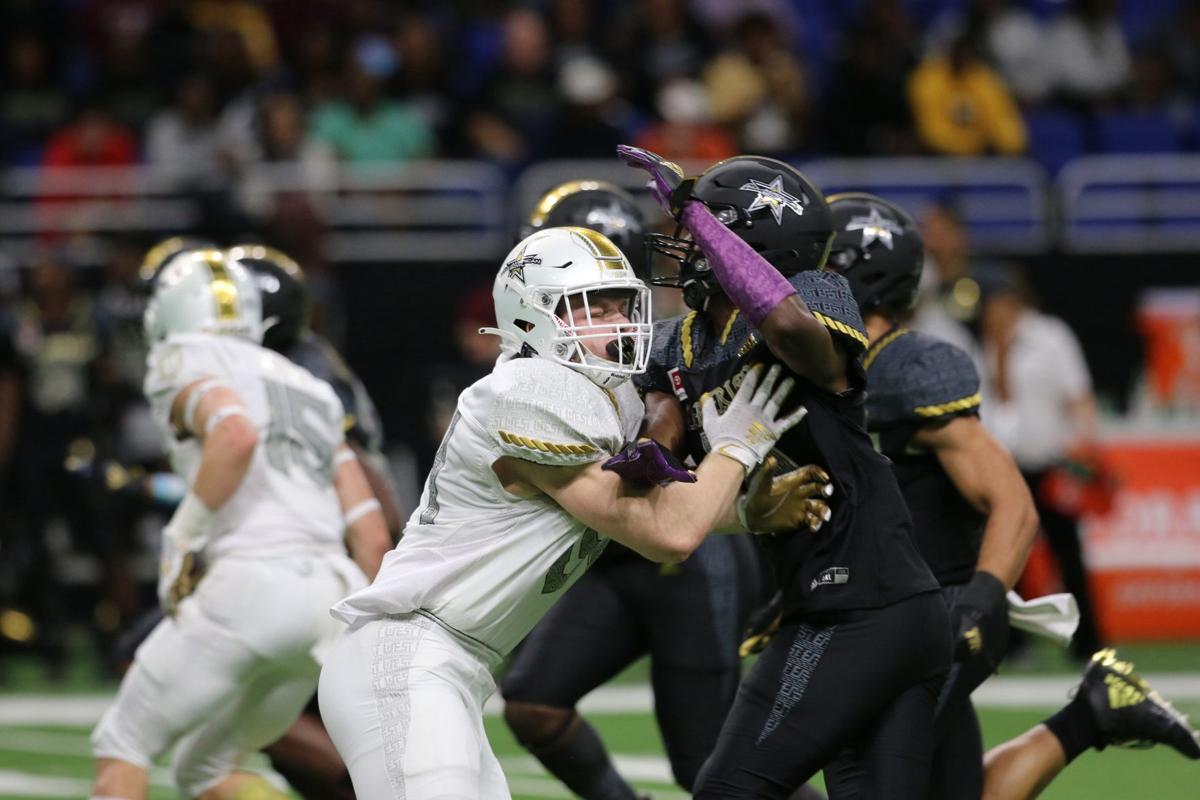 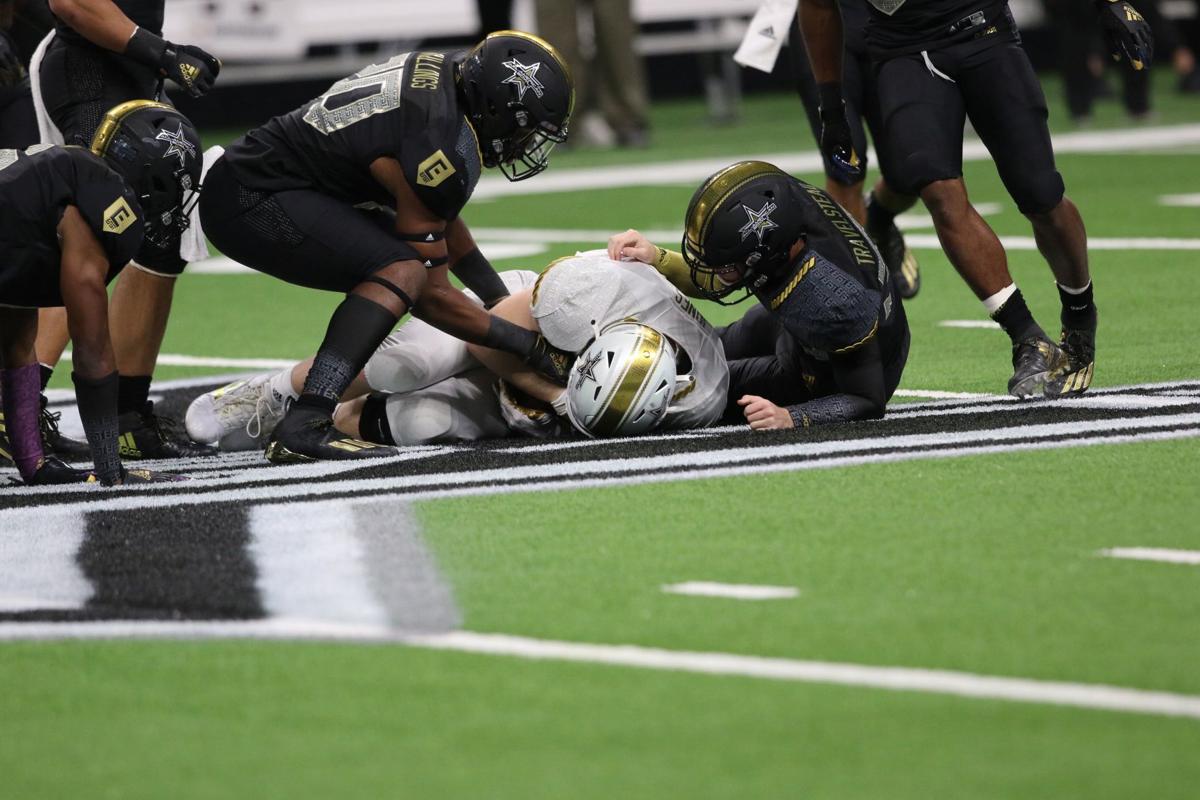 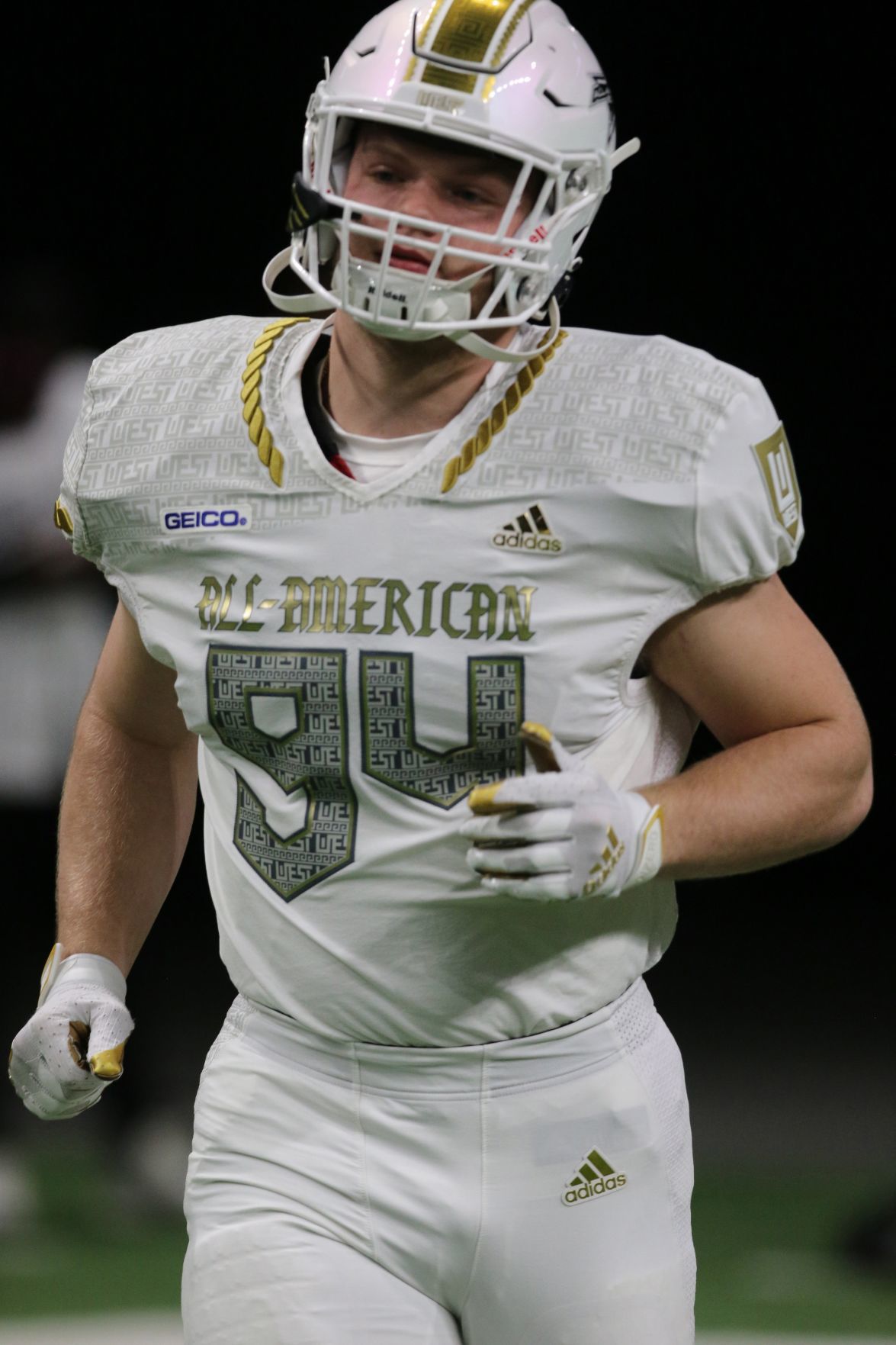 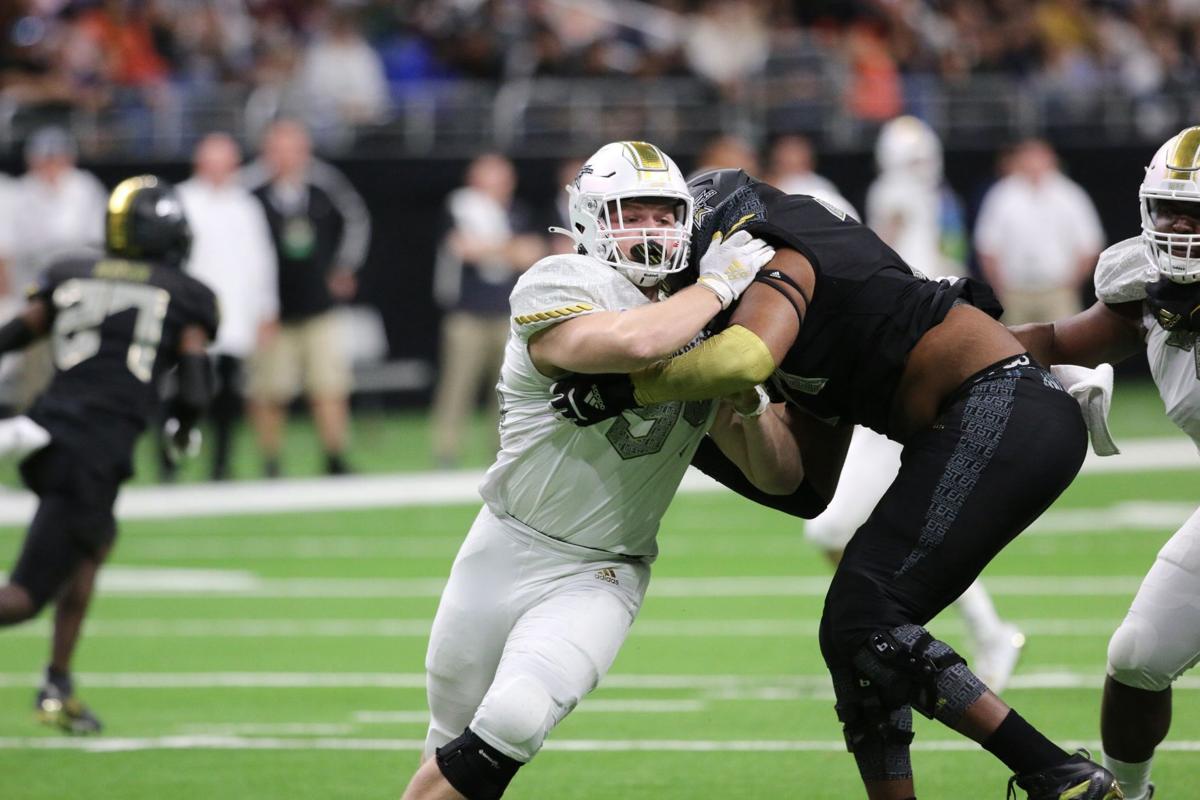 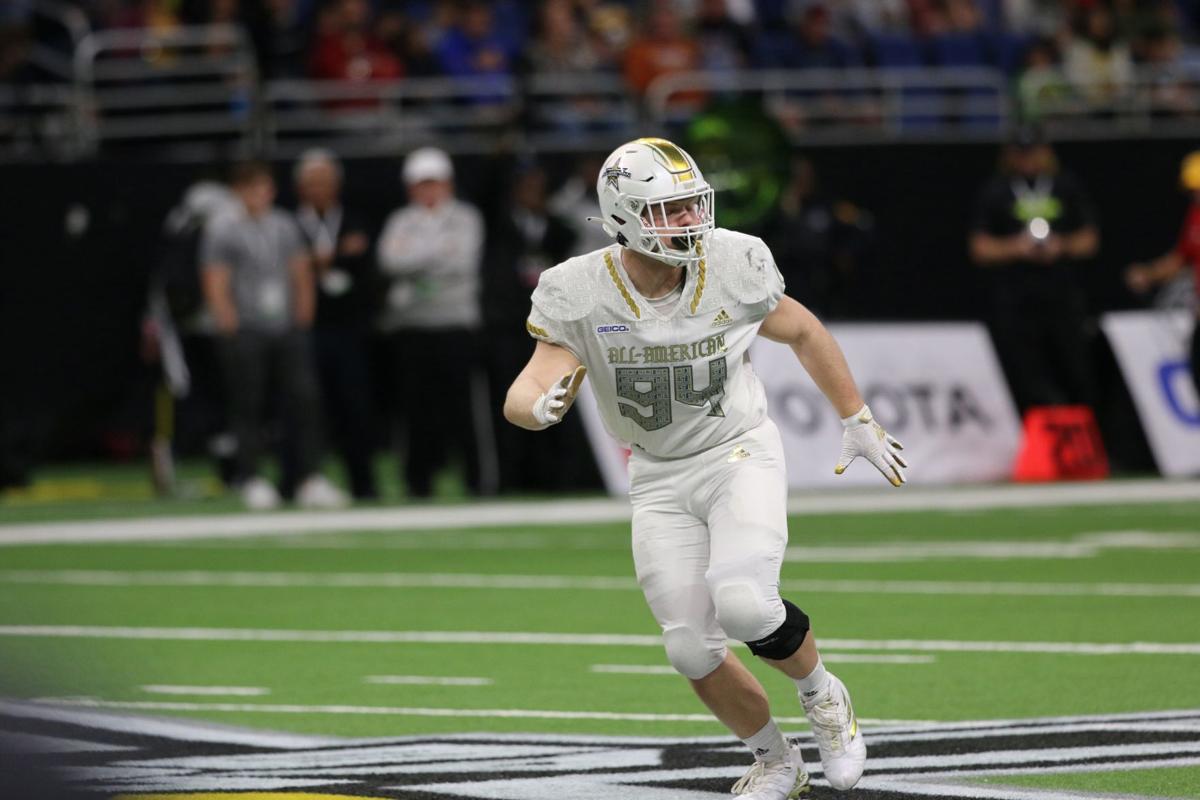 SAN ANTONIO — At the end of the day, it was just another day at the office for Logan Jones, who helped the West team defeat the East 33-20 in the high school Army All-American Bowl Saturday at The Alamodome.

Jones, a Lewis Central senior, proved he belonged with some of the nation’s best as he accounted for a tackle, recovered two onside kicks and got a lot of reps on defense and special teams.

“It was a great feeling being here today. It’s a big accomplishment for me and the rest of the guys who are here,” said Jones of the opportunity to play in the all-star game. “It was great that we jumped out to a quick lead. That helped set the tone for the day.”

The main goal for Jones and the West squad coming into the game was to get a win, and Jones had a big hand in that when he recovered an onside kick after the East squad scored to make the score 14-9.

“I was nervous before that play because the coaches knew the onside kick was coming, and I don’t spend a lot of time on the kick return team,” Jones said. “Everything moved in slow motion and I was able to make the play.”

Jones is happy with how he played during the game and had a great time in San Antonio.

“This is what I trained for. This week showed that I can play with the best of the best,” said Jones, who will enroll at Iowa this fall. “I think if I work hard over the next four or five years I’ll be able to be my best and able to compete with the best.”

But before Jones becomes a Hawkeye, he has a basketball game against Harlan Tuesday night. He’ll finish the basketball season before he moves on to track and field in the spring, where he’ll compete in the shot put and discus.