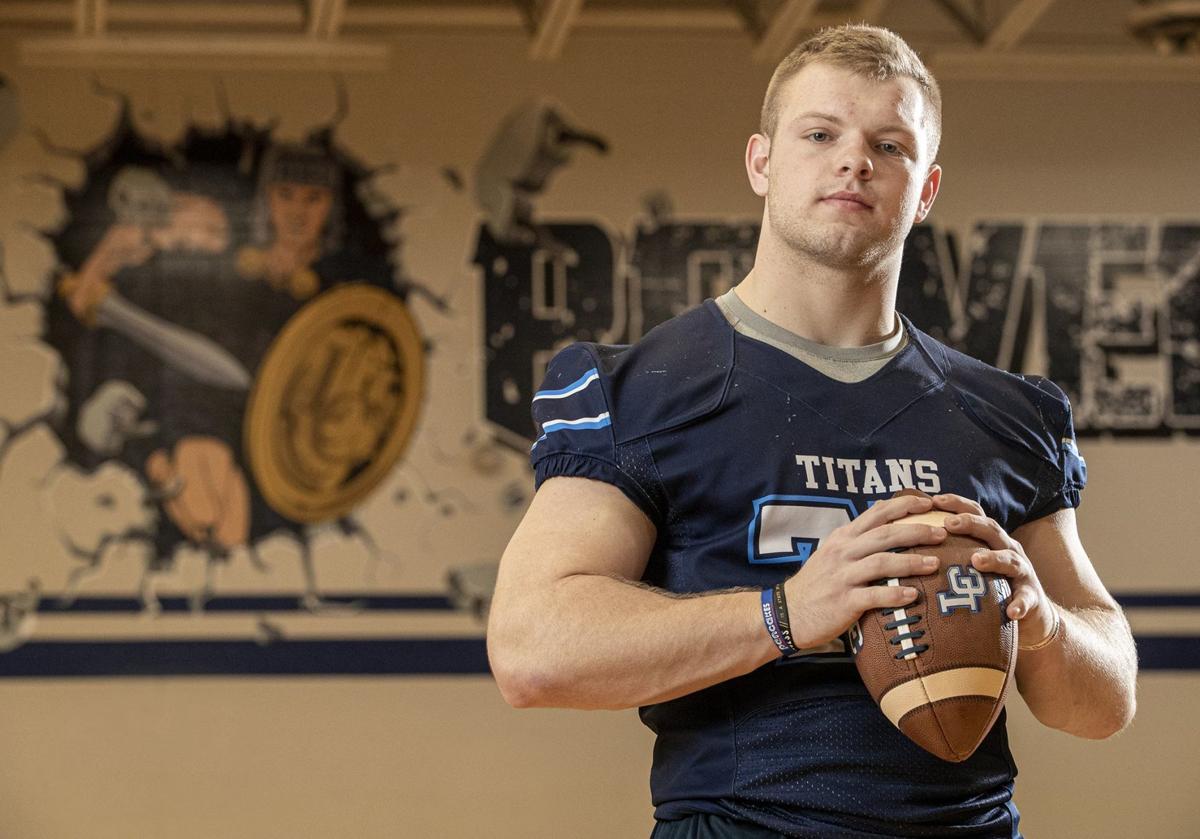 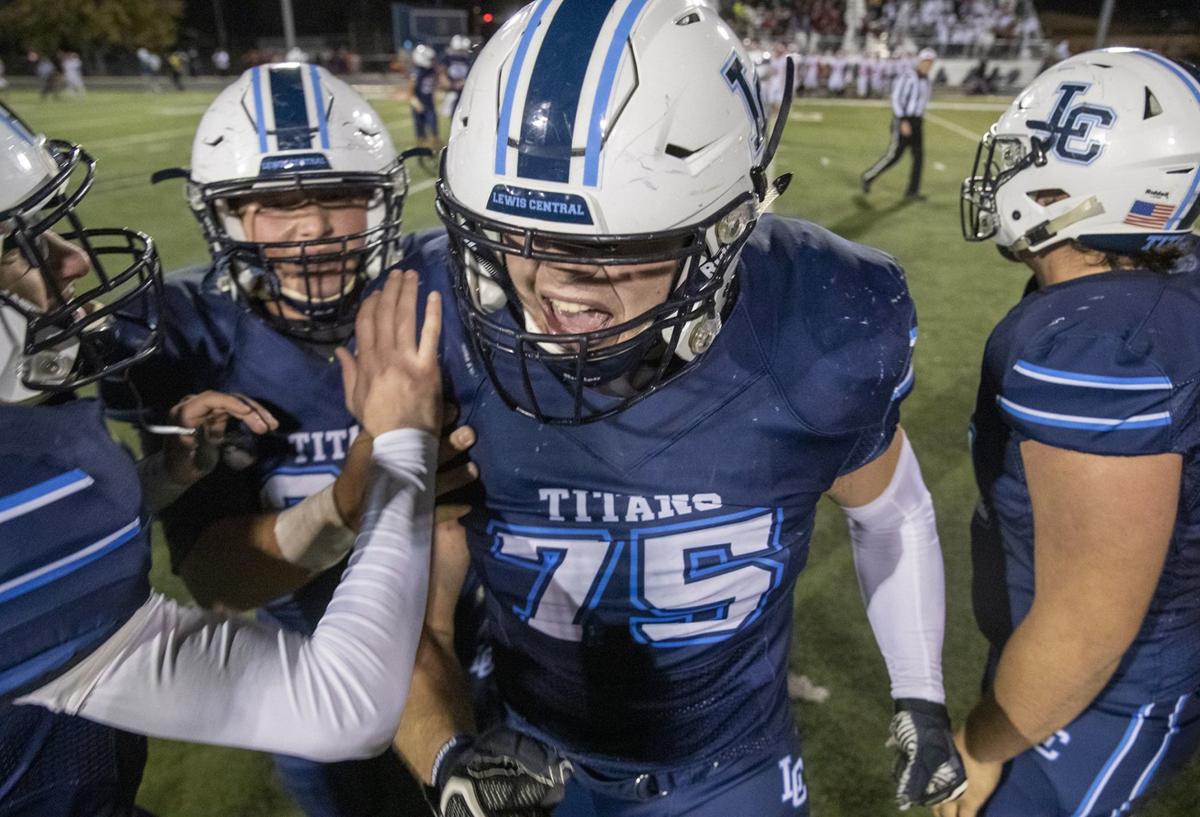 Lewis Central’s Logan Jones (75) and his teammates react after defeating Dallas Center-Grimes 12-0 to earn a trip to Cedar Falls for the Class 3-A state football semifinal. 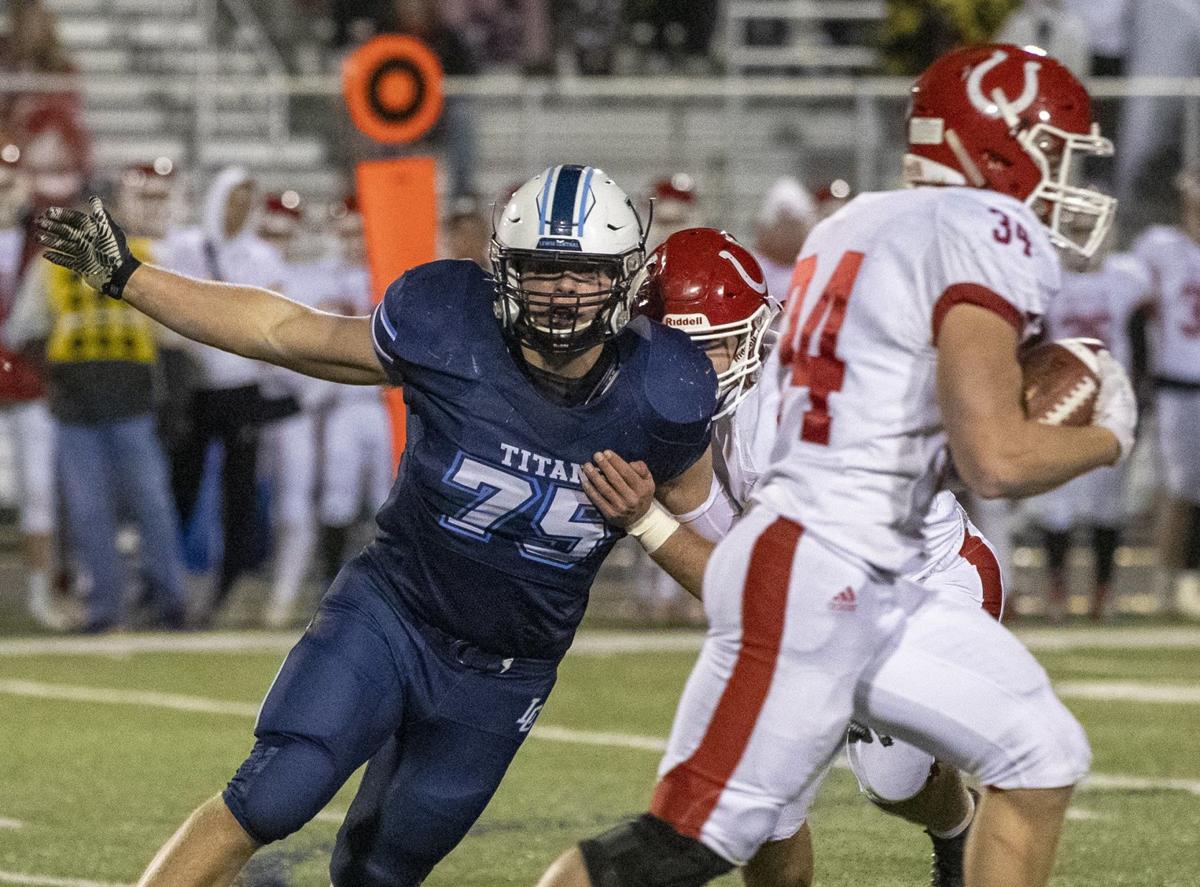 Lewis Central’s Logan Jones (75) tries to get to Dallas Center-Grimes’ Zachary Brand (34) during the third quarter on Nov. 8. 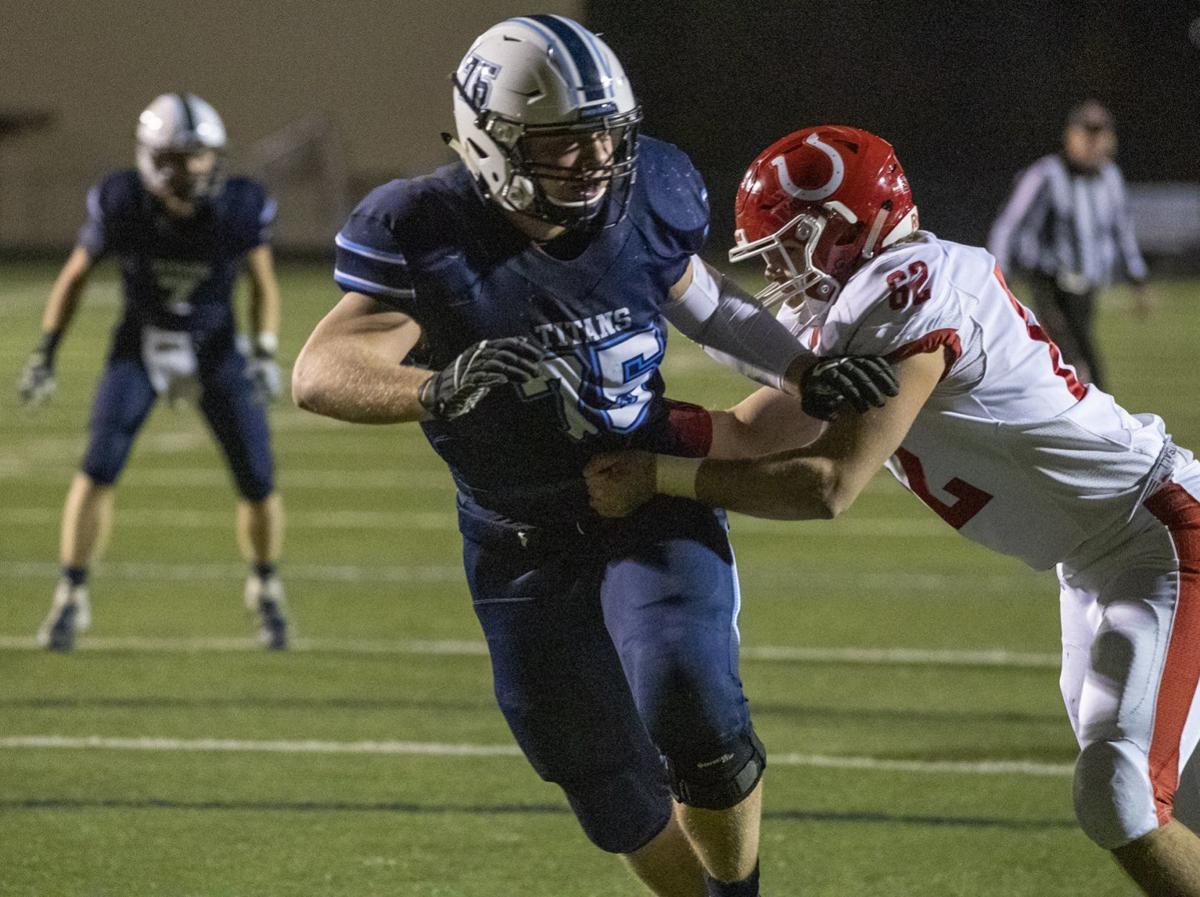 Lewis Central’s Logan Jones (75) tries to get around a block from Dallas Center-Grimes’ Spencer Schwantes (62) during the third quarter on Friday, Nov. 8, 2019.

Lewis Central’s Logan Jones (75) and his teammates react after defeating Dallas Center-Grimes 12-0 to earn a trip to Cedar Falls for the Class 3-A state football semifinal.

Lewis Central’s Logan Jones (75) tries to get to Dallas Center-Grimes’ Zachary Brand (34) during the third quarter on Nov. 8.

Lewis Central’s Logan Jones (75) tries to get around a block from Dallas Center-Grimes’ Spencer Schwantes (62) during the third quarter on Friday, Nov. 8, 2019.

And this was while Jones was still in middle school.

Lewis Central football coach Justin Kammrad recalls seeing a well-built teenager at a track meet. He wasn’t expecting him to win the events that he won that day.

“I remember watching this big guy out there running the 100 and 200 and thinking, ‘Who is this kid?’” Kammrad said. “He ends up winning the city title in both the 100 and 200 in middle school, and I just remember thinking that there aren’t many kids that can run and move like that at that size.”

It was one of the first times that Jones showed his unique blend of speed and size. That combination allowed him to thrive on the football field when he arrived at Lewis Central.

Jones started as a freshman on the varsity football team. And over the next four years, he, along with help from the Lewis Central coaching staff and weight room, molded himself into one of the elite talents not only in the state of Iowa but also the country. He’ll continue his football career next fall at Iowa, and he’s been selected to take part in the Jan. 4 All-American Bowl in San Antonio.

Jones, a 6-foot-3, 260-pound staple on the offensive and defensive lines throughout his career at L.C., helped the Titans to a combined 36-8 record in his four years. That included two trips to the UNI-Dome and the state semifinals.

His senior year included 27.5 tackles, with 13 tackles for loss, and eight sacks, which tied for third in Class 3-A. On offense, he was a key piece of an offensive line that paved the way for 3,279 rushing yards in 12 games. Those efforts earned Jones first team all-state honors.

Today he earns another accolade as The Daily Nonpareil’s City Player of the Year.

Jones knew when he arrived at L.C. four years ago that he was surrounded by plenty of talent intent on playing at the next level. He wanted to be that type of player.

“We’ve obviously had a lot of talent come through L.C. and I looked up to those guys like Mitchell Brinkman, Austin Simmons and Max (Duggan),” Jones said. “I just wanted to be like them. I wanted to follow in their footsteps going through the L.C. program. Coach Kammrad, the strength and conditioning and everything. Coach (Chris) Hanafan, Coach (Matt) Argotsinger, they’ve worked with me so much to get me to the point I am today.”

L.C. entered the 2019 season extra motivated. Duggan graduated and became the starter at TCU. Although they lost an elite signal caller, the Titans returned plenty of talent and their goals hadn’t changed. They expected to get back to Cedar Falls.

“We knew what we had coming back,” Jones said. “We knew what we were capable of doing. Everybody just talked about how we were going to drop off and wouldn’t be anything. How we were ranked super low at the start of the season.

“People were saying Sergeant Bluff was going to beat us at the start of the season. We love that. That’s a huge chip on our shoulder. We love being the underdog. When we come out and play our game and do as we’re supposed to, we can beat anybody. We had nine guys come back on defense, and all of those guys can play.”

The Titans finished the season 10-2. Jones was once again a difference maker that opposing coaches had to account for in their preparation.

He also took another step forward as a leader and teammate, a role in which Jones thrived, according to his coach.

“He was a role model,” Kammrad said. “He possesses a lot of things that many of them want to be and become, and he always did it the right way. He’s a model student athlete for us at Lewis Central. I’m glad he’s been a part of the tradition of football players we’ve had.”

Jones is as humble as he is athletic. He’s quick to credit his coaches and teammates for his success, and he never misses an opportunity to highlight a teammates’ accomplishment.

He also revels in being a competitor. When asked how excited he is about his future at Iowa, he instead said he’s more focused on enjoying his remaining months as a high school student athlete. He’d like to enjoy a successful season in basketball. He wants more state hardware during track season, too.

More than anything, he wants to continue to compete. After all, it’s what standout multi-sport athletes like to do.

“There’s no substitute for competition,” Jones said. “When you get a guy out competing in multiple sports, you develop habits and other things like how to work together as a team. And there’s physical things like how to move and change your body direction. You develop relationships and other things that will benefit you through any sport and in life.”