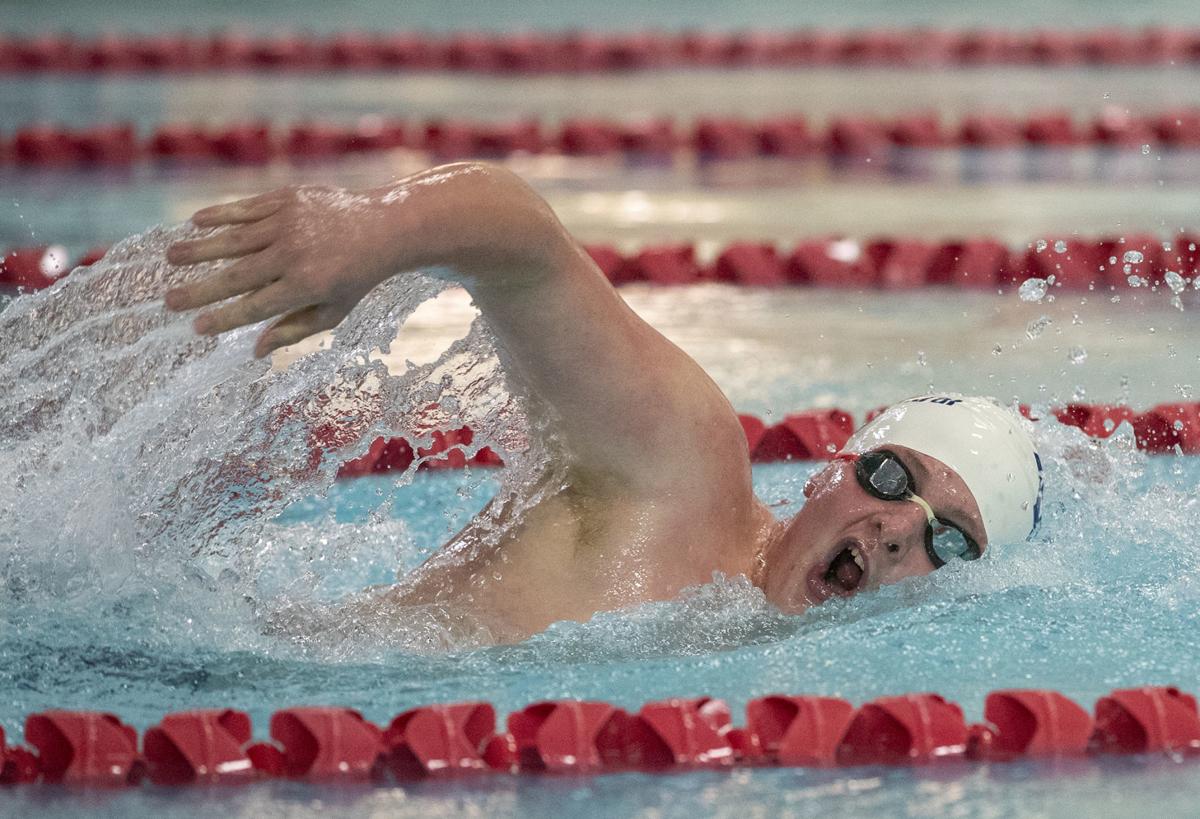 Lewis Central’s David Gann competes in the 200-meter freestyle event during the boys city meet at Kirn Pool on Thursday. 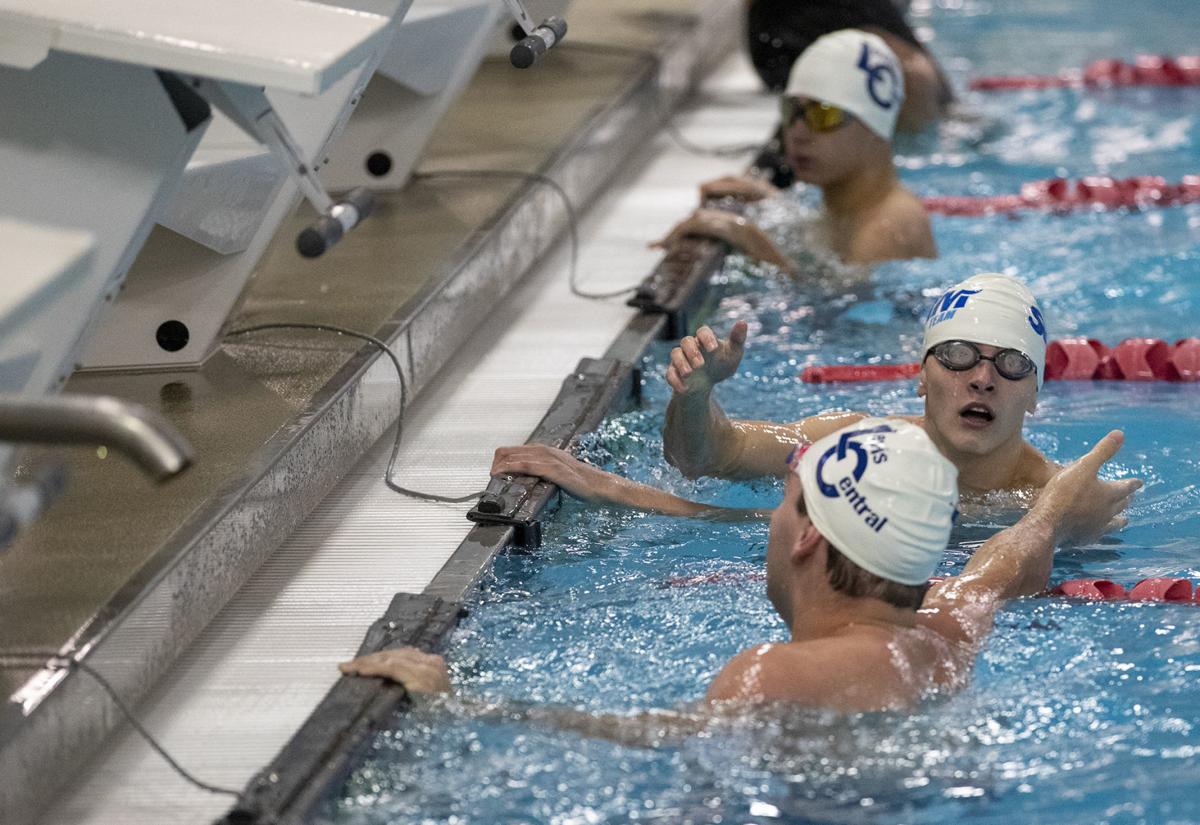 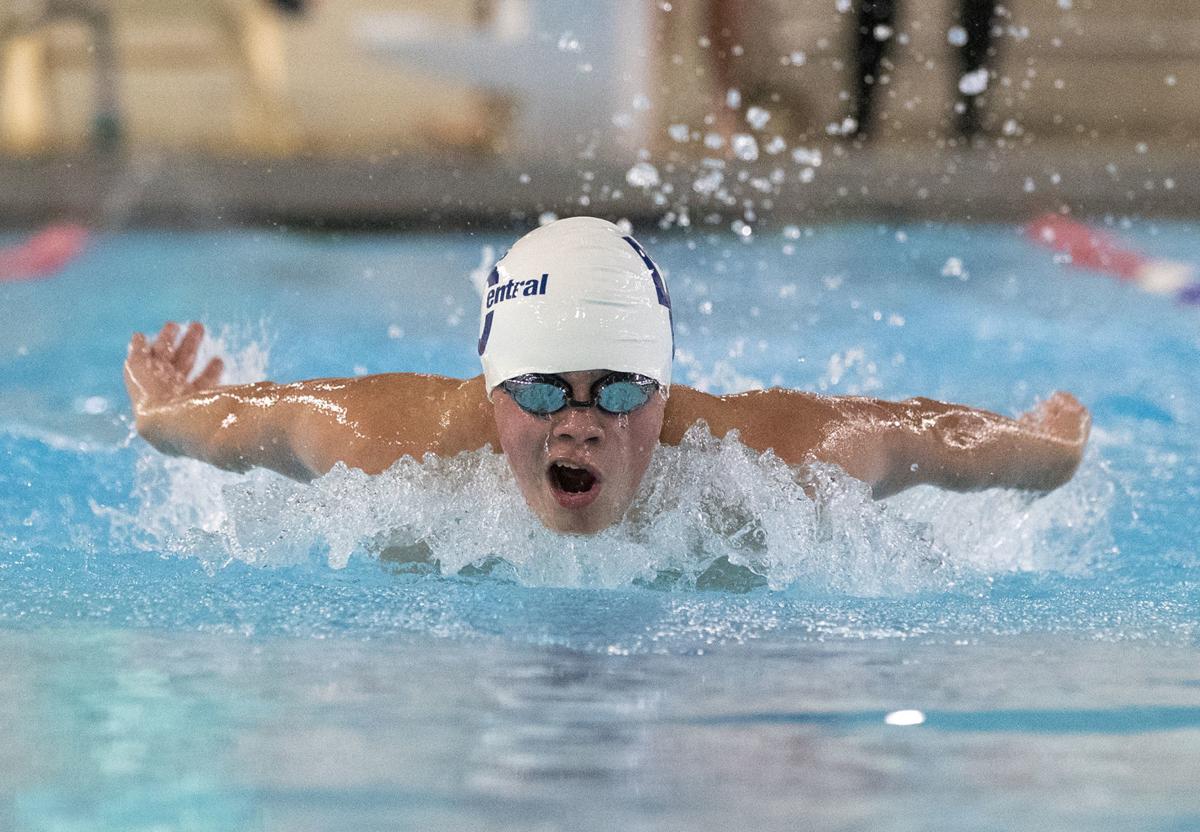 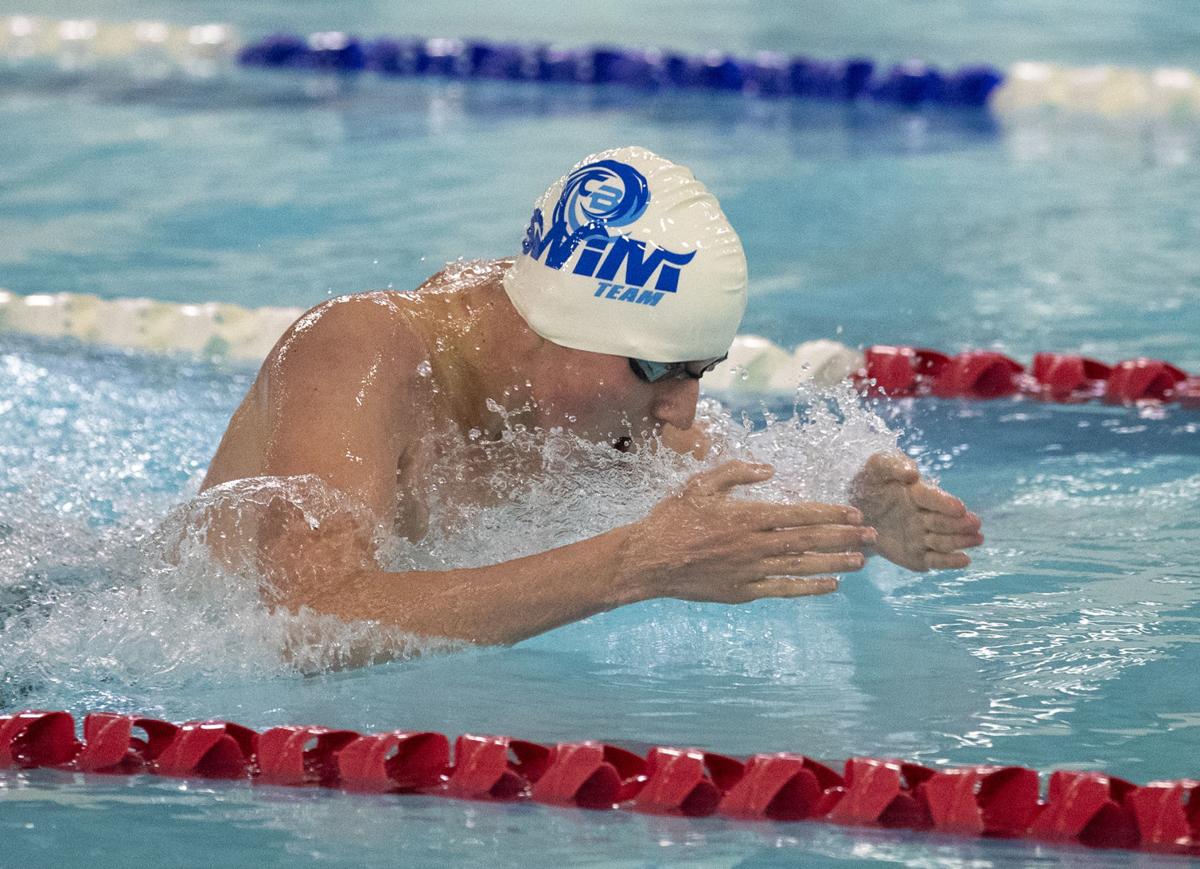 Lewis Central’s David Gann competes in the 200-meter freestyle event during the boys city meet at Kirn Pool on Thursday.

Lewis Central and Council Bluffs kicked off the boys swimming season with a dual meet Thursday that the Titans won, 105-61.

Lewis Central won nine of the 11 events. Both coaches thought their kids did well for the first time out.

“Not bad,” Lewis Central coach Bruce Schomburg said. “We’ve got some new kids and don’t have many returning. We’ve been working on different things, trying to find out what they’re going to be best at.

“I was impressed with some of the swims of our new kids. Now let’s do some of that in practice and maybe we’ll improve a little more down the road.”

“We did okay for the first meet,” C.B. coach Logan Maxwell said. “I would’ve preferred we swam a little faster with the conditioning that we’ve had this year.”

Lewis Central started the meet off with a strong leg from Dallas Davis in the 200-meter medley relay. L.C. then survived a very good third leg from Malachi Parcell of C.B. to win the relay by two seconds.

David Gann of Lewis Central won the second event, winning the 200-meter freestyle in a time of 2:15.

C.B. won its first event next with Blair. It was a pretty tight race between Blair and Patton of L.C. until the third leg. Blair used the breaststroke to get the lead before eventually pulling away to win by four seconds.

“Tayden does an outstanding job,” Maxwell said. “He’s a competitor, and that’s what makes him stand out from a lot of guys. Tayden does a great job of tapping into what he needs to do to finish a race. He holds himself to a pretty high standard, and it’s great to have him part of this team.”

“The kids who are returning from last year are the strength of our team,” Schomburg said. “We lost pretty much everybody last year. We’ve got some work to do to get to state. I haven’t missed state for a long time, so I’ve got a lot work to do.”

Stangeland and Davis are the only returners for Lewis Central with state swimming experience. Both were relay swimmers and will be counted on this year as the season progresses. Davis won the 50-meter freestyle and 100-meter backstroke, as well as leading off the 200-meter medley relay.

Considering C.B. swimmer Parcell missed three months with an injury, Maxwell said he was impressed with how he swam in the first meet. The senior from Harlan finished second in the 50-meter freestyle and had a strong third leg in the 200-meter medley relay.

“He was out of the pool for 12 weeks, so we’re getting him back in shape,” Maxwell said. “He had an outstanding night.”

Lewis Central and C.B. are both inexperienced this year, mixing in some freshmen, kids who took a year off and others who came out for swimming while they get ready for track.

“Everybody’s goal is always to get to the state meet,” Schomburg said. “I’ve got goals for some of them. We just have work to do. It’s always fun, that’s why I still do it after 45 years.”

One newcomer Maxwell pointed out was freshman Millken, who swam the second leg of the winning 200-meter freestyle relay. Millken also swam in the 400-meter Freestyle Relay.

“I was really proud of him tonight,” Maxwell said. “I put him in the 200 free and then the 400 freestyle. Asking a freshman to do that is lofty as it is, and to do it at the first meet is not an ideal situation. I was really proud of Kaiden for stepping up and filling in where I needed him. The kids do a great job putting team before self, and that’s something we’ve tried to instill here.”

Unlike the girl’s season, where swimmers can qualify for state throughout the year, the boys will work all season for one qualifying meet before state. The good news for inexperienced teams like L.C. and C.B., it gives them plenty of time to get ready.