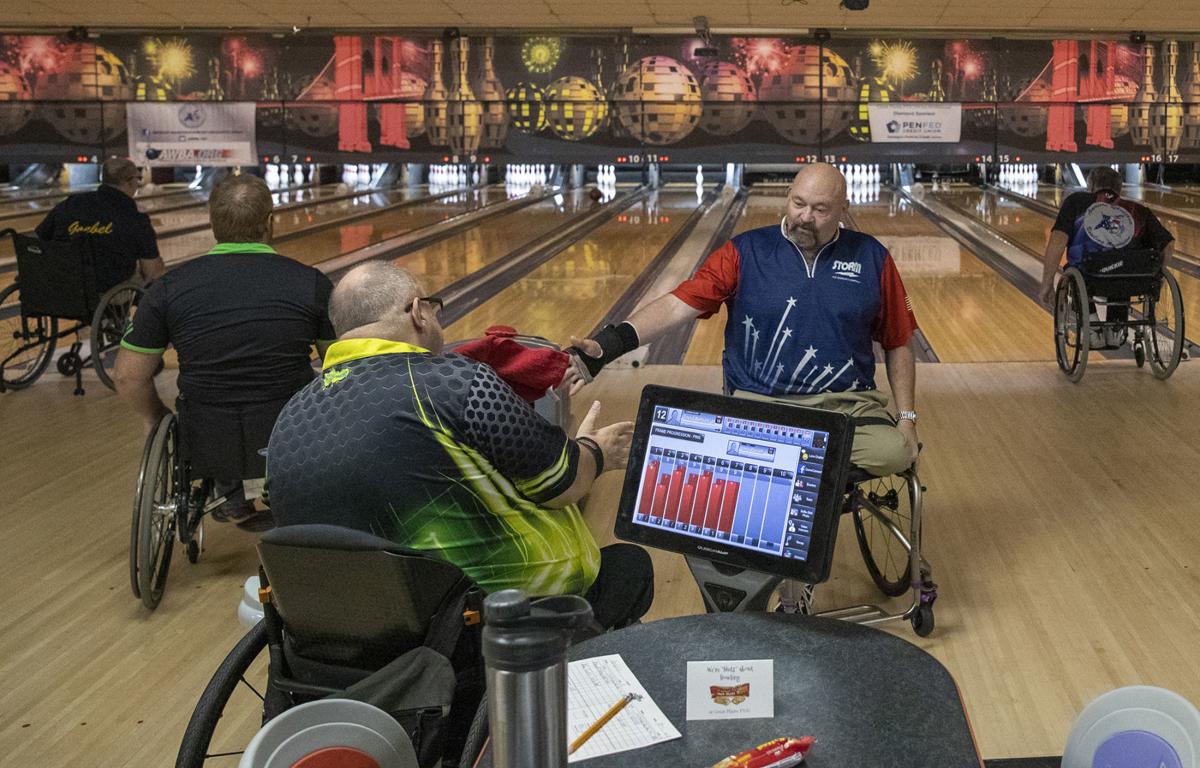 David Nelson Jr., right, gets a high five after picking up a spare as regional bowlers compete in the Great Plains Paralyzed Veterans of America AWBA Wheelchair Bowling Invitational at Thunderbowl on Thursday, Aug. 1, 2019. 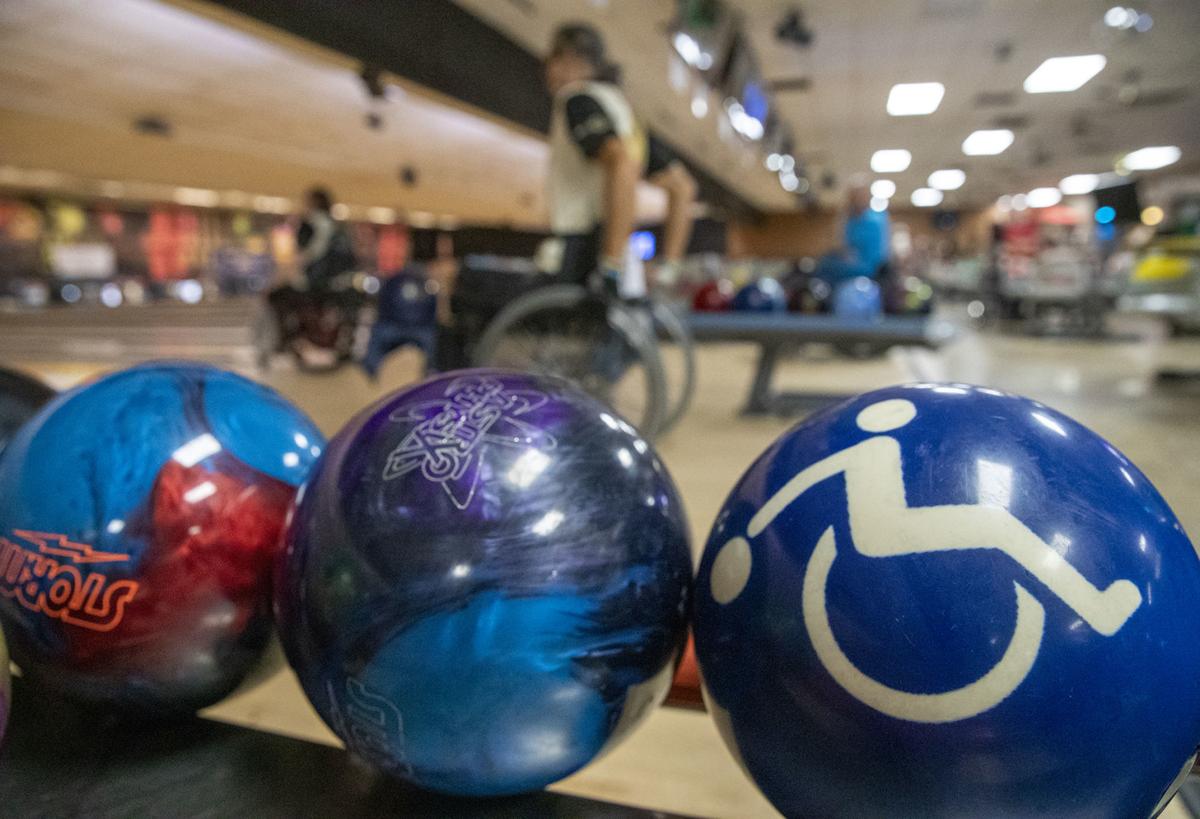 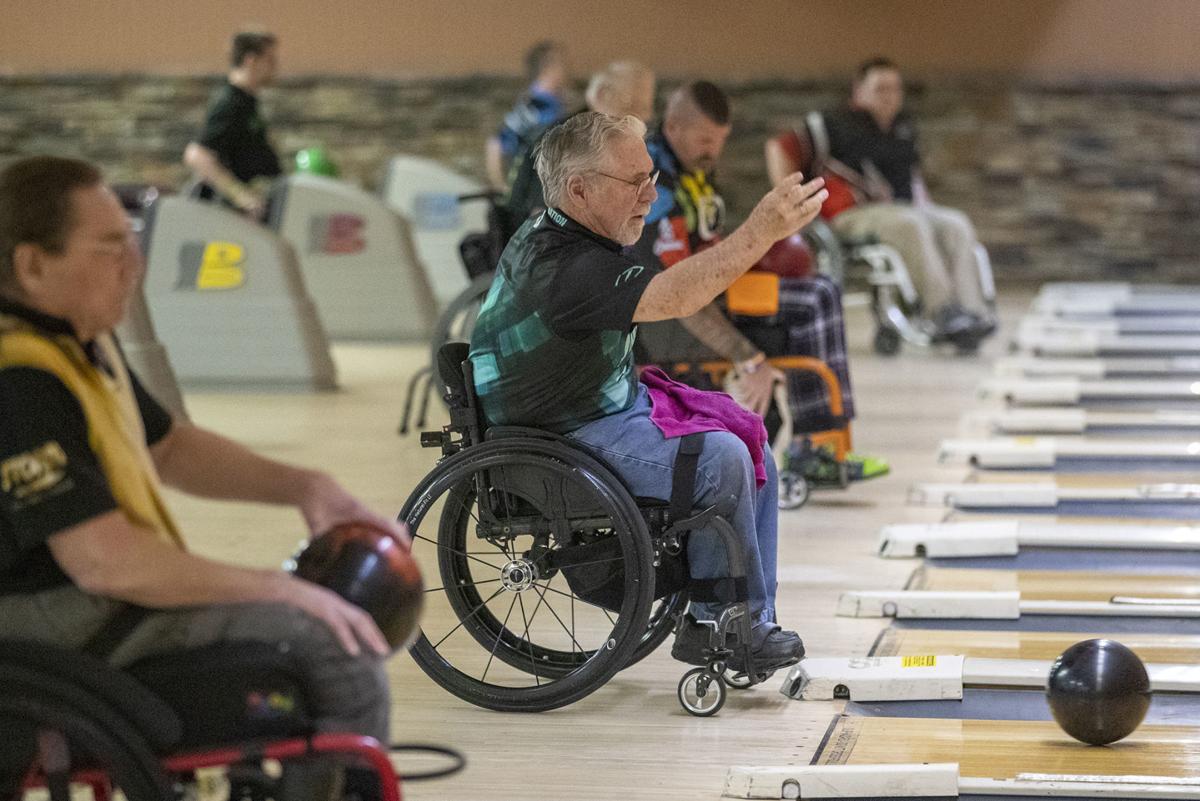 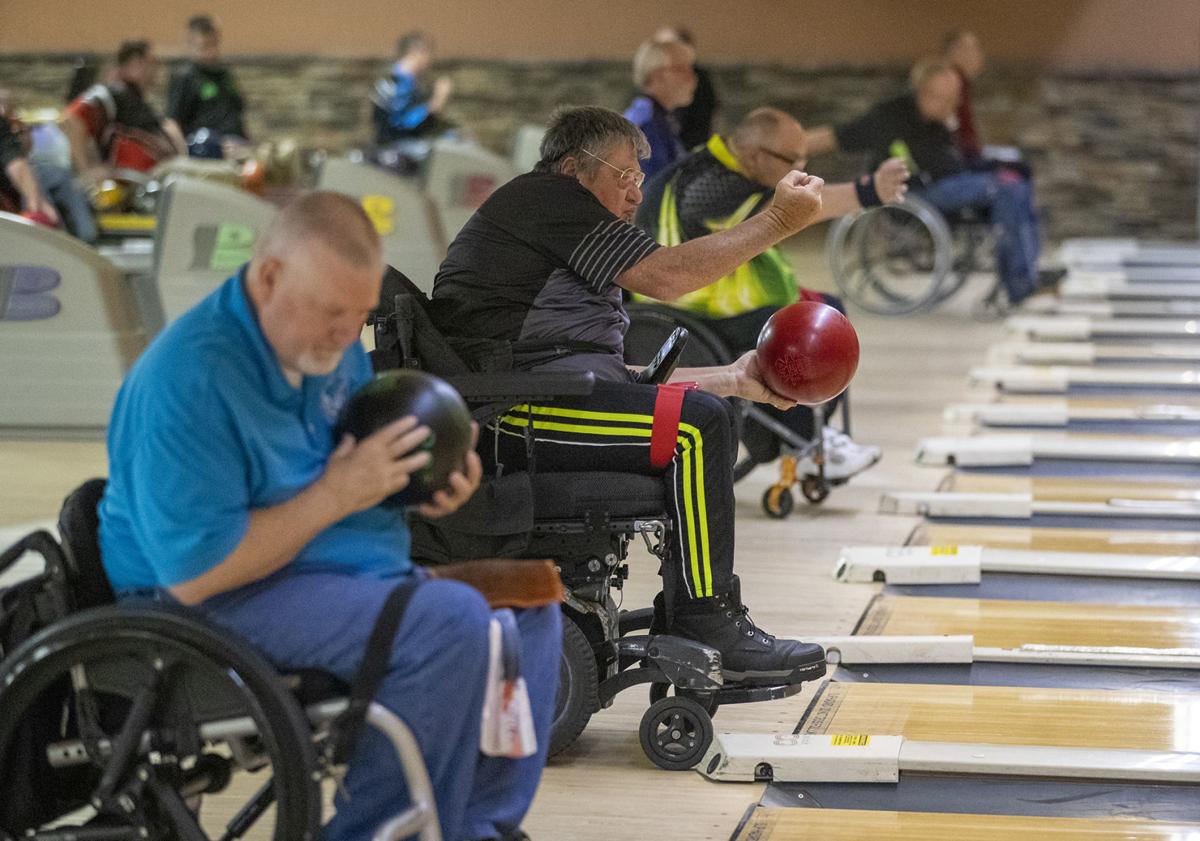 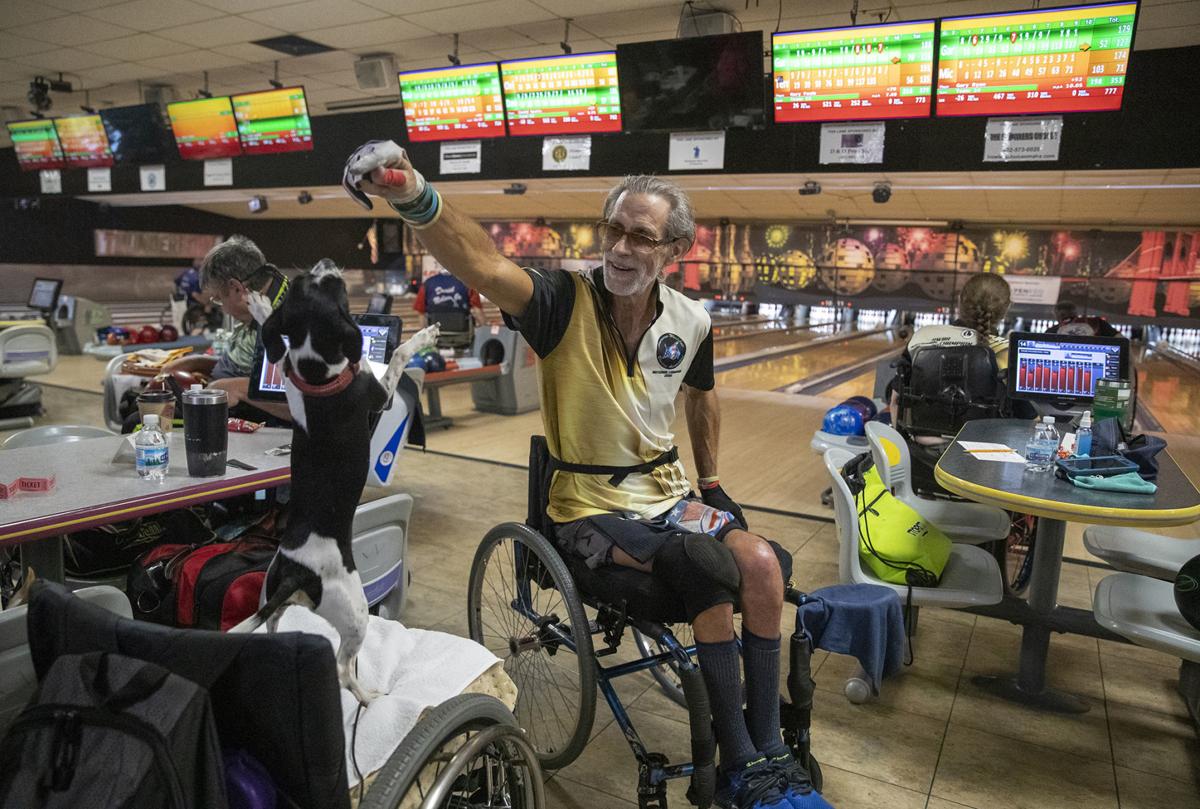 Terry Rock of Norwalk, Ohio, plays with his 2-year-old chihuahua and terrier mix, Buckeye, between frames during the Great Plains Paralyzed Veterans of America AWBA Wheelchair Bowling Invitational at Thunderbowl on Thursday.

David Nelson Jr., right, gets a high five after picking up a spare as regional bowlers compete in the Great Plains Paralyzed Veterans of America AWBA Wheelchair Bowling Invitational at Thunderbowl on Thursday, Aug. 1, 2019.

Terry Rock of Norwalk, Ohio, plays with his 2-year-old chihuahua and terrier mix, Buckeye, between frames during the Great Plains Paralyzed Veterans of America AWBA Wheelchair Bowling Invitational at Thunderbowl on Thursday.

Residents from 16 states gathered at Thunderbowl in Council Bluffs Thursday for the American Wheelchair Bowling Association’s third annual Great Plains PVA/AWBA Invitational. Competitors have a chance to win a share of a $20,000 prize pool.

Participants from as far away as Florida or Colorado gathered at the Thunderbowl in the morning where they received a polo shirt, Storm bowling bag with bowling accessories and got ready to compete.

“I wish (everyone) could come out and see it, it’s awesome,” said Dave Nelson, tournament director. “You can see what the wheelchair bowlers can do and not what they can’t do.”

For a year, Nelson was the “idea guy” and helped with processes including donations, advertising, registration and more.

He said the Paralyzed Veterans of America Great Plains Chapter has also been a big help.

“The great states of Nebraska and Iowa brought me here,” said Gary Ryan, participant from Colorado. “It’s a good bowling alley, a good bunch of people, a good tournament director and ... competition.”

This had been the only tournament in the Midwest area, although Nelson said he was part of a group that helped Chicago, Illinois, arrange their first tournament after last year’s competition.

Other activities include photos, a raffle, an auction, speakers during opening ceremonies and a Saturday night social.

The raffle items include a wine basket, bowling balls, jukebox with $150 in gift cards, bluetooth speaker, coffee basket and more.

Silent auction items include a set of 4 Iowa wines, autographed jerseys, a diamond bracelet and an Omaha dining package.

This was all done with the support of 26 lane sponsors and 36 donors.

“If (you) got a chance, come on out Friday night; that’s our social time, we’ll have giveaways, gifts and everything so I’d like to see a lot of local people come out and join in,” said Terry Rock, a Navy veteran from Ohio.